In 2015, Delta Gas Mobin Group implemented a system for the monitoring and control of the oil metering system at the West Karoun Oil Fields in Iran.


The metering system comprises three meter runs with turbine flow meters, including the meter runs' inlet and outlet. Each meter run has a capacity of 50 % for custody transfer metering.

Each meter run is equipped with the following elements:

The elements of each meter run are wired to the flow computing, monitoring, and supervisory cabinet (control cabinet), which is installed in the control room. One server PC and two printers are located in the operator's room. The PC is equipped with Reliance's runtime software and is connected to the control cabinet through a redundant Ethernet link.


The software has different access levels, which protect the system against unwanted access. Required field and calculated signals are transferred to the distributed control system. The system is equipped with a Siemens SIMATIC S7-400H PLC to control the operation of the motor-operated isolation valves. Flow calculations are done by using four Flow-X flow computers. Up to four fiscal signals (those that have a direct effect on measurement, such as oil flow, pressure, temperature) are transferred to a flow computer, the other signals to the PLC. Subsequently, all signals are visualized by Reliance. The Reliance SCADA system communicates with the PLC and the flow computers via a redundant Modbus Ethernet link. 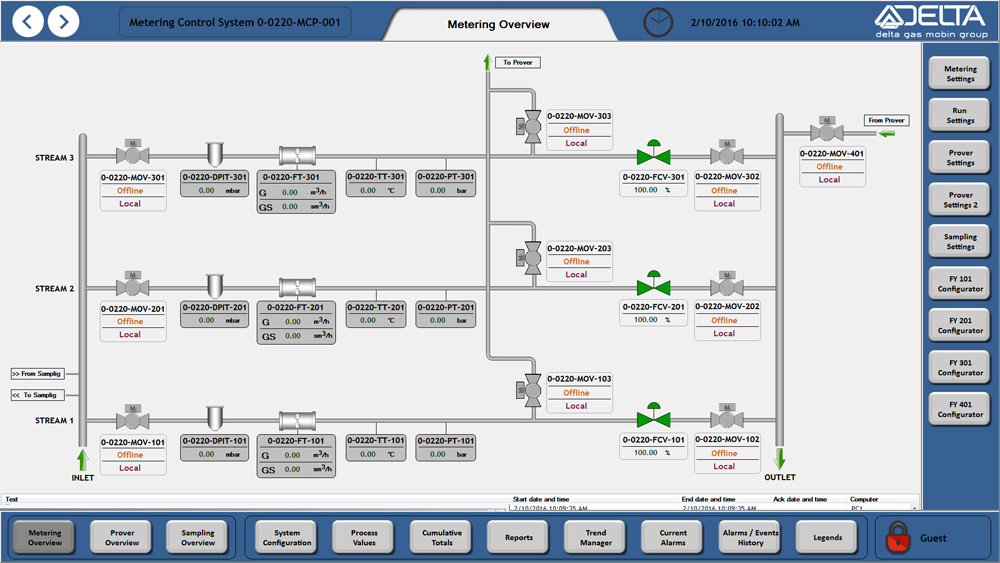 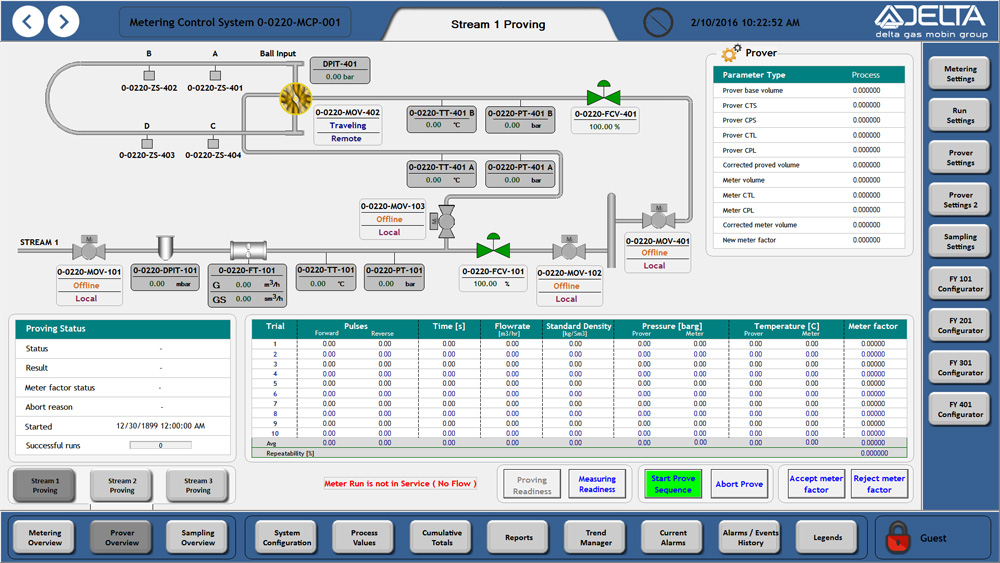 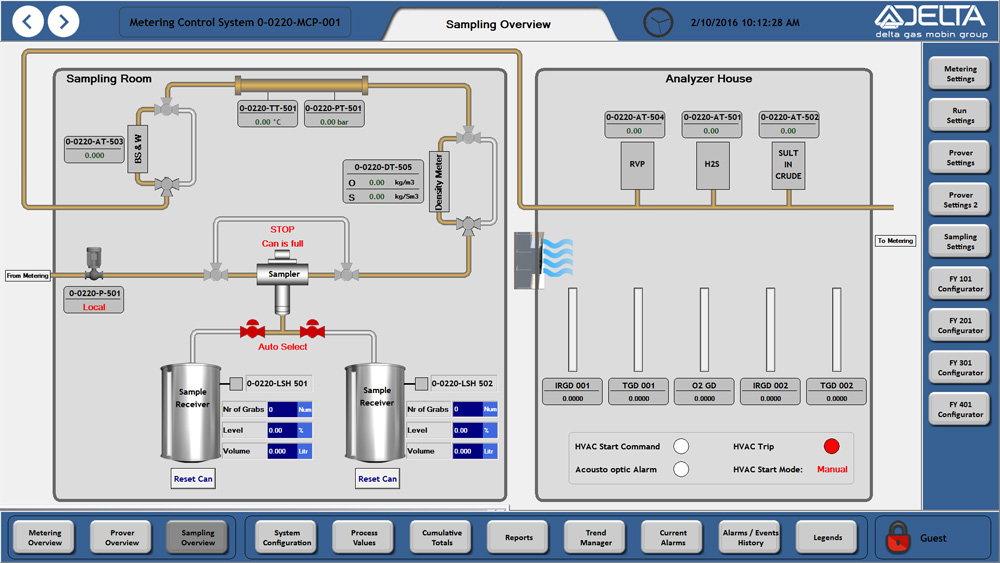 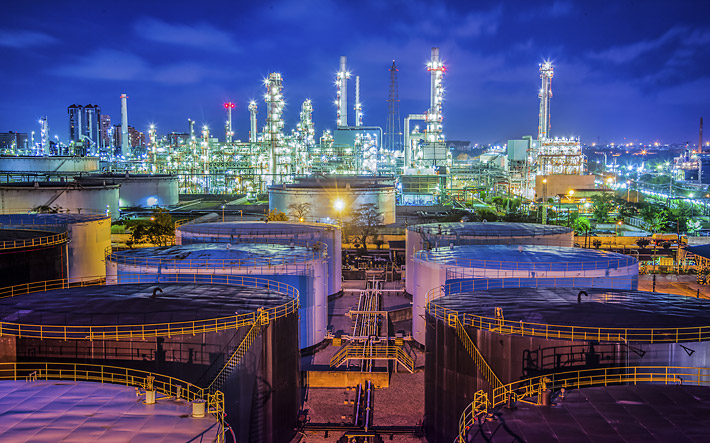