Visualization and control of HVAC and refrigeration systems at the Adler Arena speed skating stadium in Sochi, Russia

The Adler Arena ice skating stadium was built to mark the 2014 Winter Games in Sochi, which were held from February 7 through February 23, 2014. It is number 4 on the list of the fastest ice skating rinks in the world.


The design and construction of the Adler Arena in Sochi was led by the Dutch ice specialist, Bertus Butter. He has been involved in the construction of a number of well-known ice rinks and skating arenas during his career, such as the Thialf stadium in Heerenveen (Netherlands) and stadiums in Kolomna (Russia) and Astana (Kazakhstan).


Mr. Butter's company contacted Boukens Ice and Climate Solutions after he was approached by the organizers of the Sochi Winter Games for the Adler Arena. Boukens ICS is a Dutch company specialized in designing and building high-performance ice rinks and is a systems integrator of Hiflex Automatiseringstechniek, the Dutch Reliance SCADA distributor.

The interior of the arena

Hiflex specializes in automation technology and has been involved in this project by providing Invertek frequency drives, Hitachi PLCs, Exor HMI solutions, and Reliance SCADA for regulating and controlling the climate inside the stadium as well as producing the skating ice itself.


Because of the successful performance of Reliance SCADA at the Alau Ice Palace in Astana (2011 Asian Winter Games), installing the Reliance SCADA system at the Adler Arena in Sochi was a logical choice. 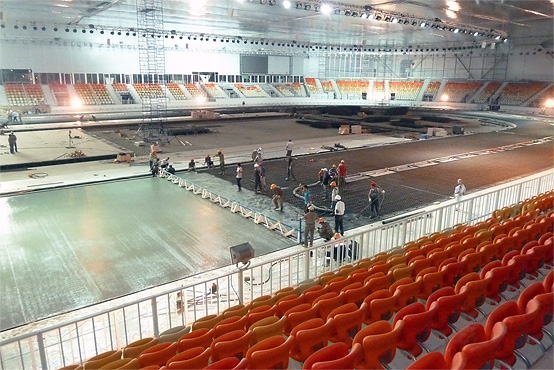 For this project, a Reliance 4 Control Server license was installed on an industrial computer with several Reliance 4 Web Clients allowing operators to access the visualization of each process. Another computer was equipped with a Reliance 4 Control license. Communication between the Hitachi PLCs and Reliance is provided via Ethernet using an OPC server.

The Winter Games of 2014 were a great success. We are very happy that the Reliance SCADA system participated in the successful event and helped the speed skaters achieve great performances on a high-quality ice surface. 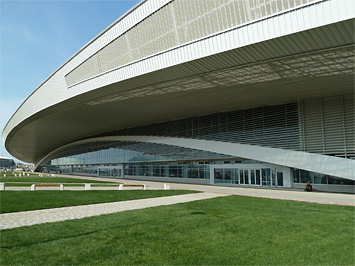 Title
Visualization and control of HVAC and refrigeration systems at the Adler Arena speed skating stadium in Sochi, Russia