We've prepared for you several demo applications that were created with the Reliance SCADA/HMI system: Building automation, which is used to visualize a real single-family home online (this demo shows how to use the Reliance system in building automation), Air-conditioning, which allows you to control a whole air-conditioning system, Heating, which is a real-time application monitoring the process of heating in the building of the GEOVAP company, and Tannery, which was created in cooperation with the Swiss company SWYSTEM Logic GmbH.

This is an on-line visualization application designed to display real-time data of a single-family home. It shows how to use the Reliance system in building automation. After starting the application, you can see how easy and clear it is to visualize and control today's modern systems installed in single-family homes, apartment housing, or production and industrial buildings. What is more, this application can be run not only on a PC but also on a smartphone and tablet. 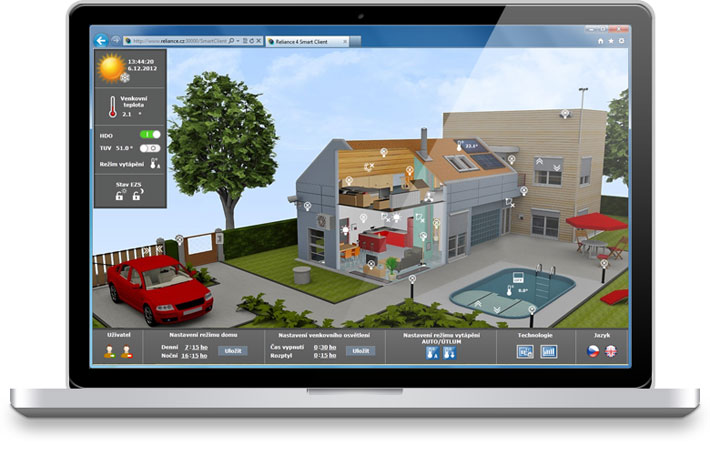 This demo shows a cross-section of a building floor (an entrance corridor and an office) with built-in air-conditioning pipes installed in the ceiling. In the upper half of the window, there is the service floor with a cross-section of the entire air-conditioning unit. The demo is also a demonstration of a multilanguage visualization application. To switch between languages, click the respective flag button at the bottom of the window. 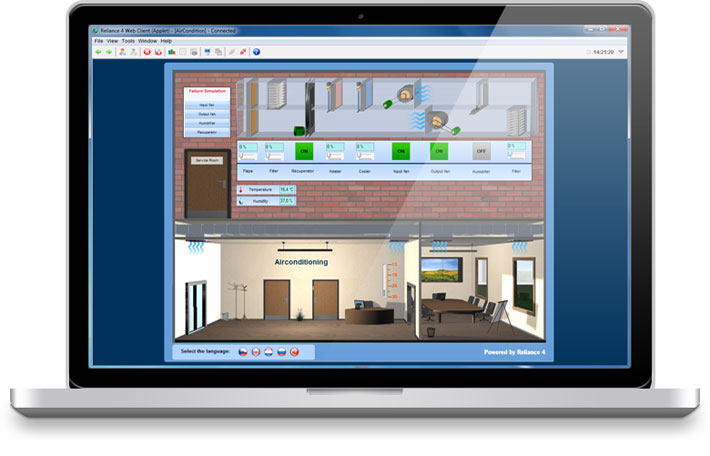 This on-line visualization application enables you to clearly display real-time data of the heating process in the building of the GEOVAP company. The main visualization window consists of three parts – the boiler room, spaces to heat, and exterior spaces. The boiler room is controlled by a Tecomat NS 946 PLC that provides data to the Reliance system. The building is heated in winter only. 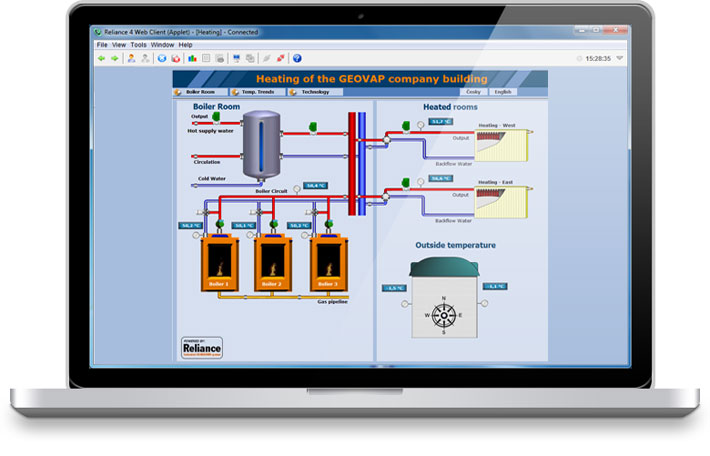 This demo was prepared in cooperation with SWYSTEM Logic GmbH, a Swiss company specializing in the implementation of control systems in the tanning industry. The main visualization window displays data of the process of tanning and the entire leather production process in a tannery. The process is simulated using scripts so that it corresponds to a real production process as much as possible. 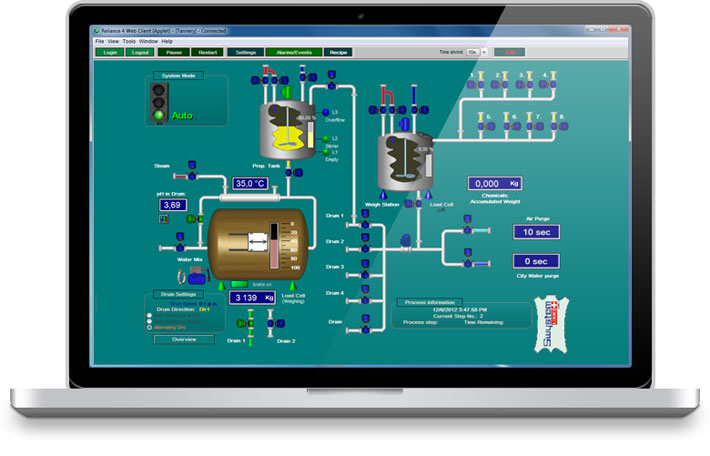