Americold is a US company based in Atlanta, Georgia. It is a world leader in temperature-controlled warehousing and logistics. The company has 249 facilities around the world.


There is one in Dublin, Ireland. It is a new two-stage ammonia refrigeration plant designed and installed for Americold cold stores.


The ammonia system at the Dublin plant has three temperature levels:

Various technological systems were installed at the plant by the GEA company. They are: 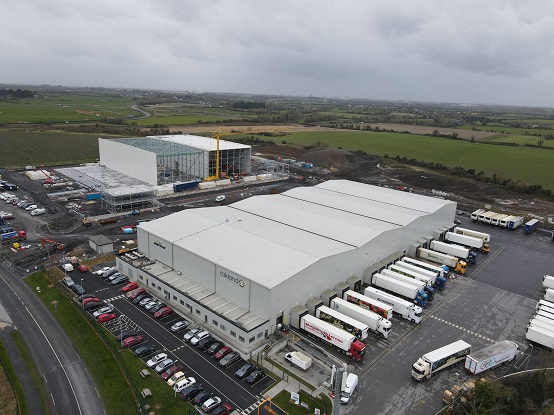 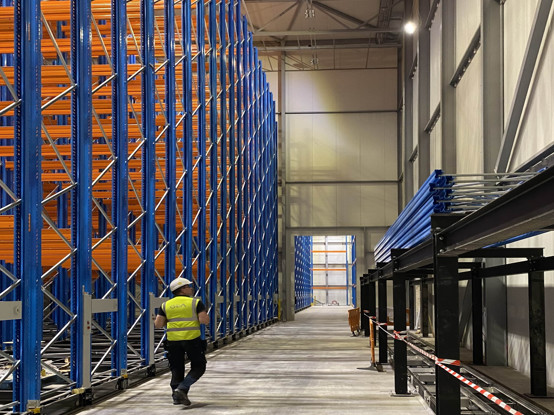 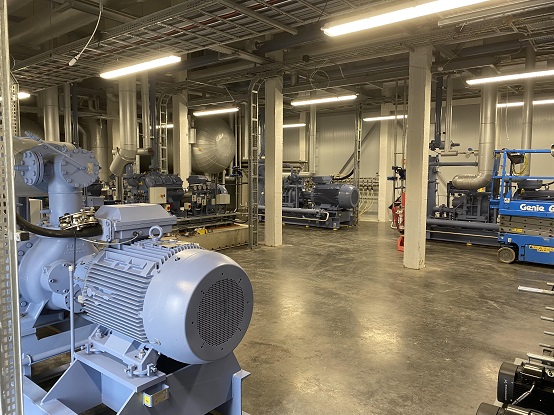 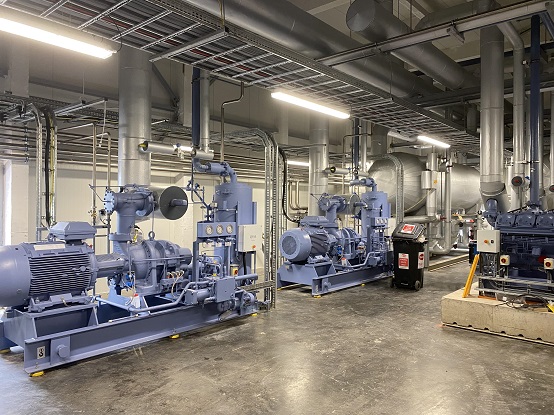 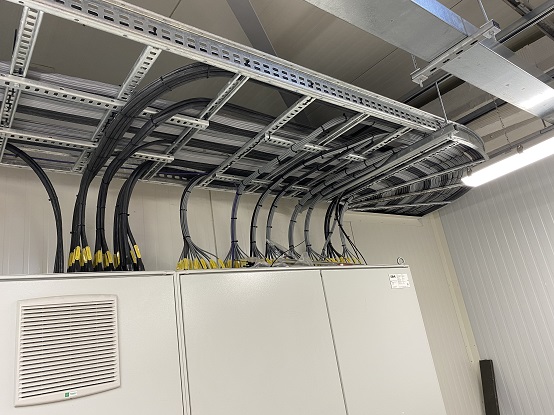 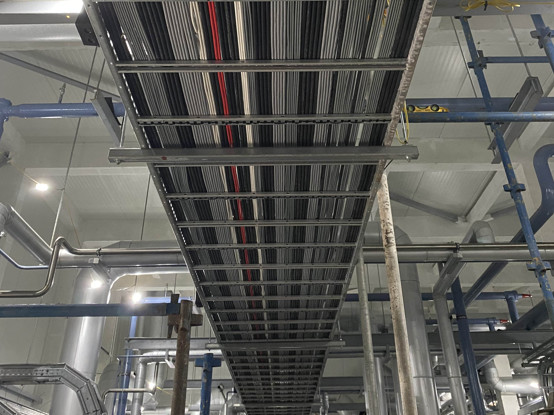 In 2022, the Dutch company Chiron-tec B.V. implemented a system for the control and monitoring of all the above equipment.

The refrigeration system in detail


The compressors at the LLT side suck "dry" ammonia vapor from the LLT surge vessel, compress it, and discharge the superheated vapor into the HT surge vessel via a bubble pipe.


The compressors at the HT side suck "dry" ammonia vapor from the HT surge vessel, compress it, and discharge the superheated vapor to the roof-mounted air-cooled condensers.


The condensers draw in ammonia gas and reject the heat. By removing the heat, the gas condenses to a liquid and maintains a pressure within the HT side of the refrigeration system. The liquid is then drained into the high-pressure float valves that expand it to the economizer vessel.


The economizer supplies the liquid to the HT surge vessel via a motorized expansion valve. This valve is controlled by a level transmitter fitted to the economizer vessel.


Liquid ammonia within the HT, LT, and LLT surge vessels is pumped to the roof-mounted valve stations and coolers using ammonia pumps (duty/standby) fitted underneath the drums.


The liquid refrigerant evaporates within the coolers and removes the heat from the room. Finally, a mix of liquid and vapor returns to the surge vessel.


The plant control software is designed to be as energy efficient as possible. For instance, the installation is equipped with a lot of reporting functions to see how much energy is used for each cycle of a blast freezer. 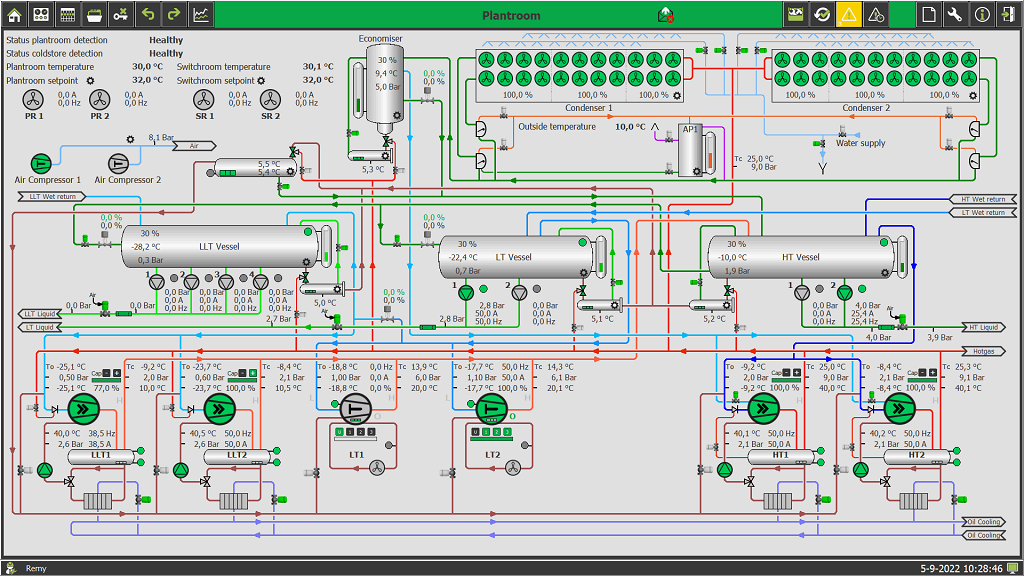 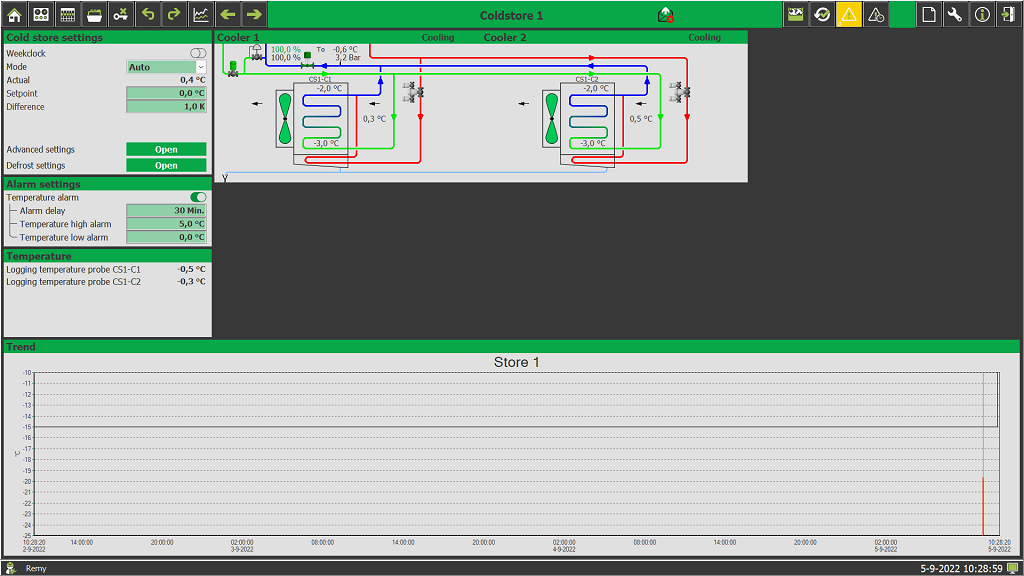 Visualization of a cold store 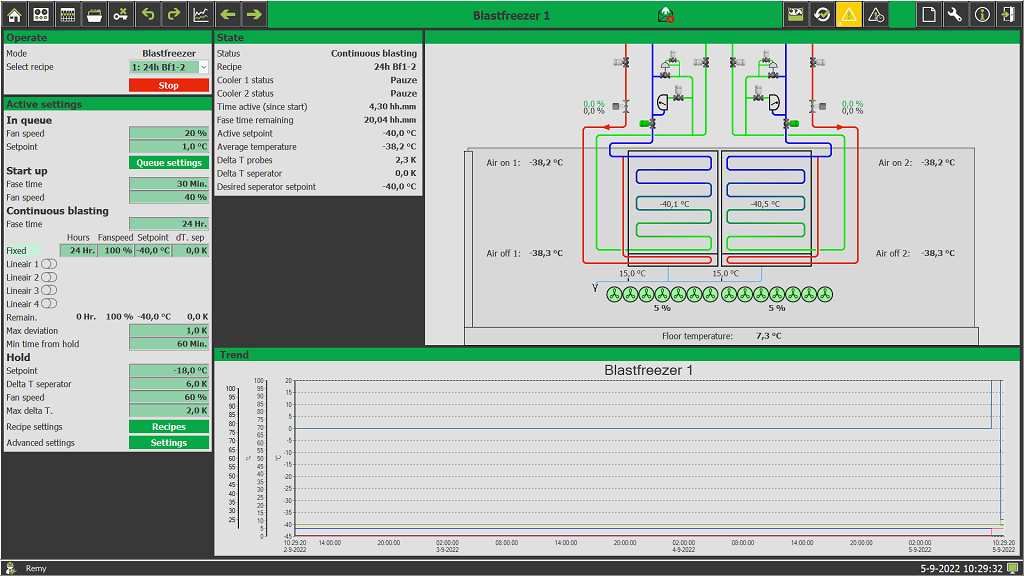 Visualization of a blast freezer 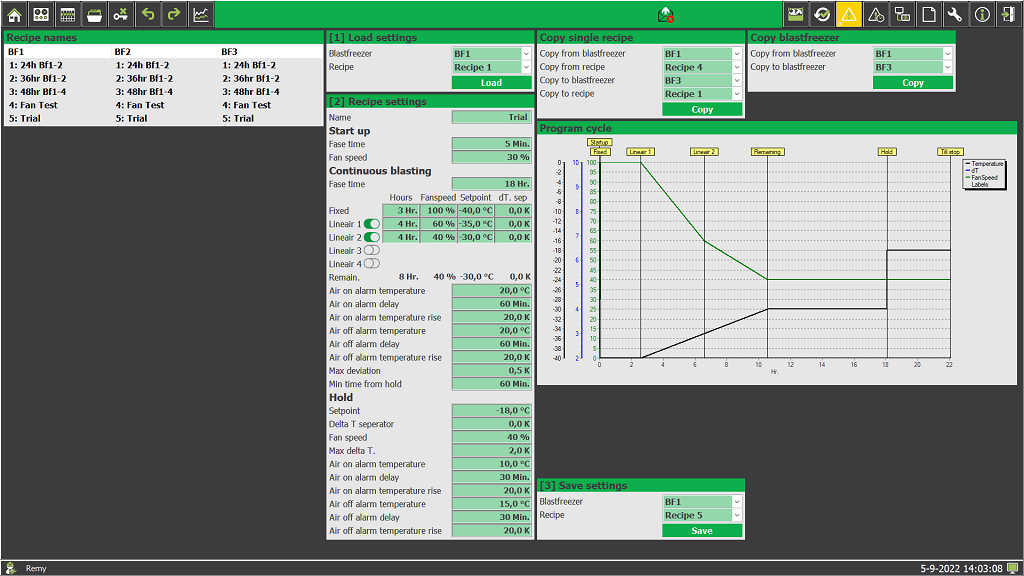 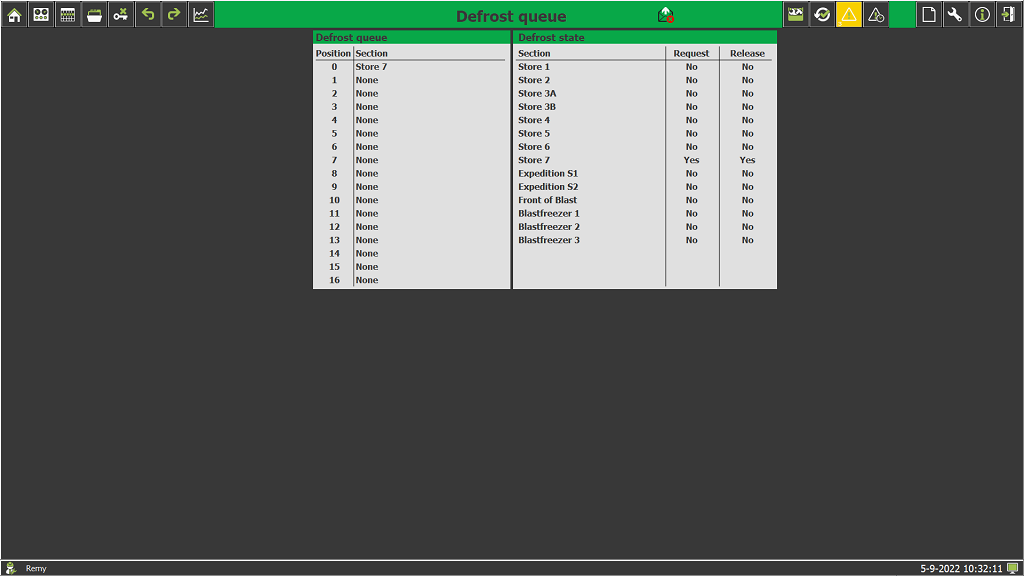 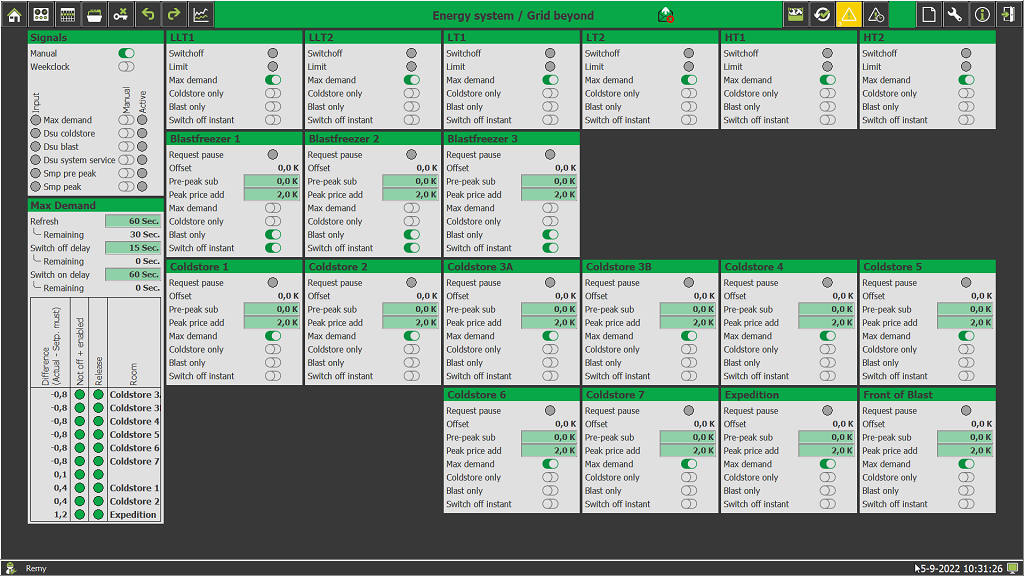 Visualization of the energy system 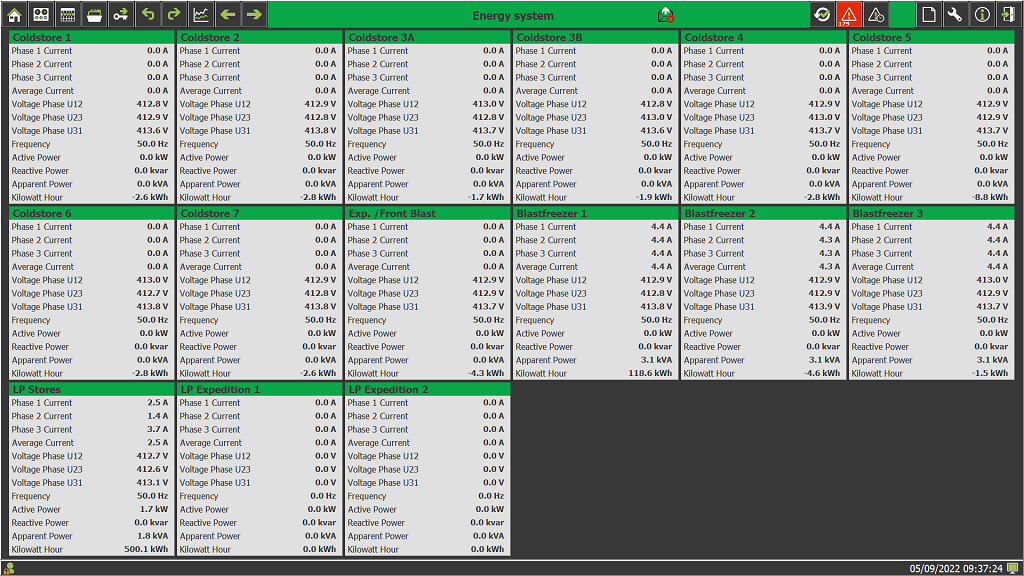 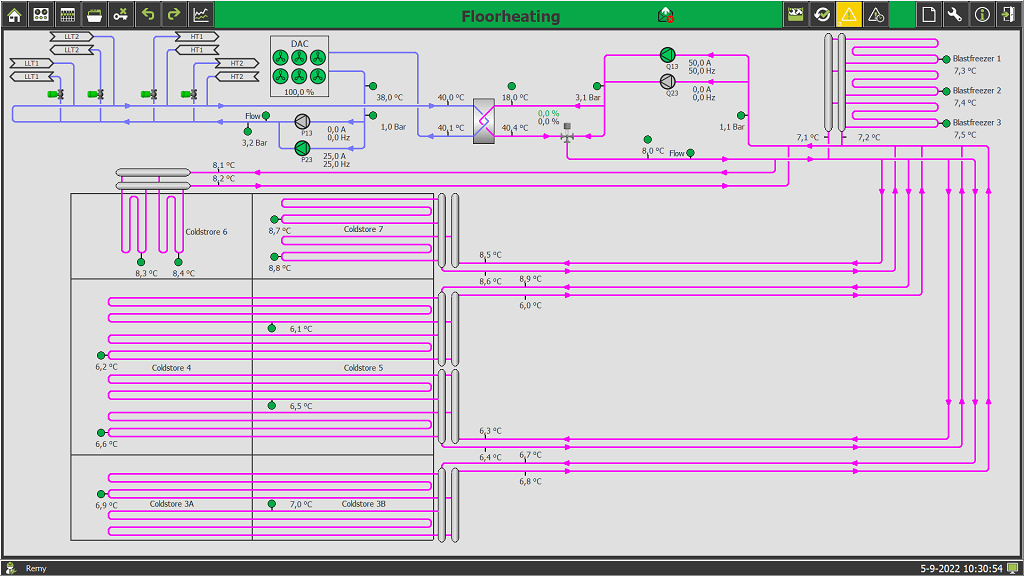 Visualization of the underfloor heating system 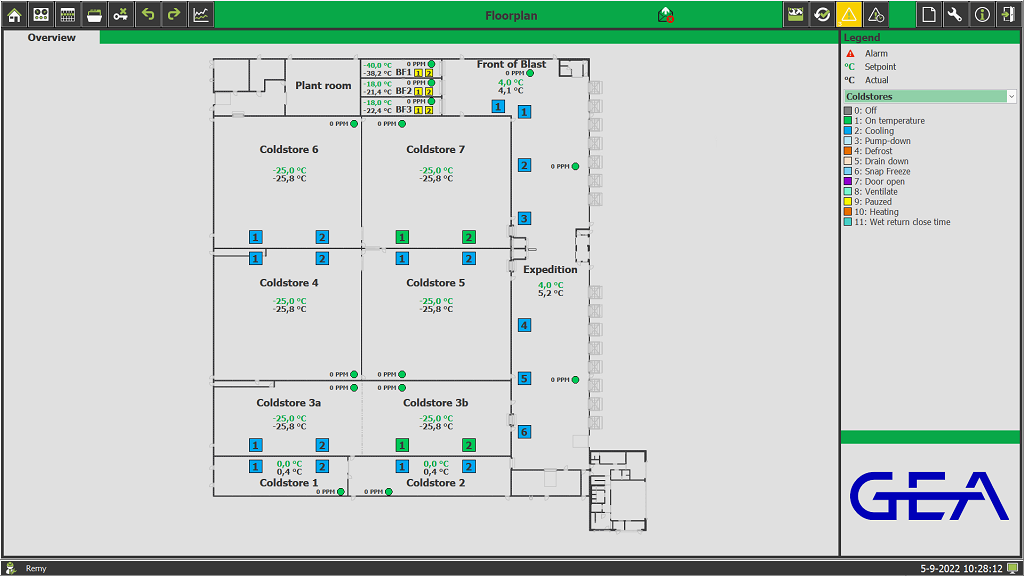 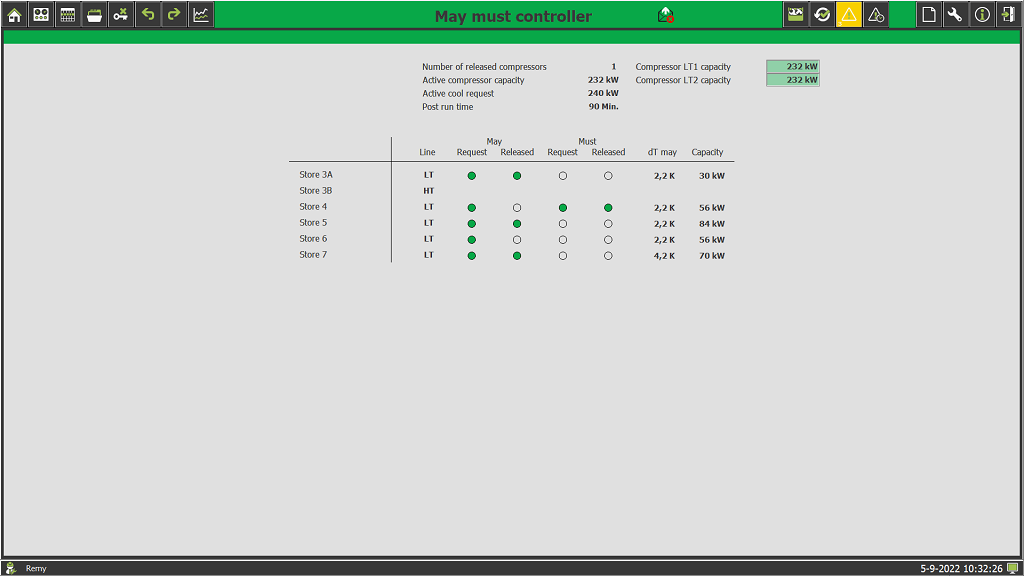 Visualization of the may–must controller 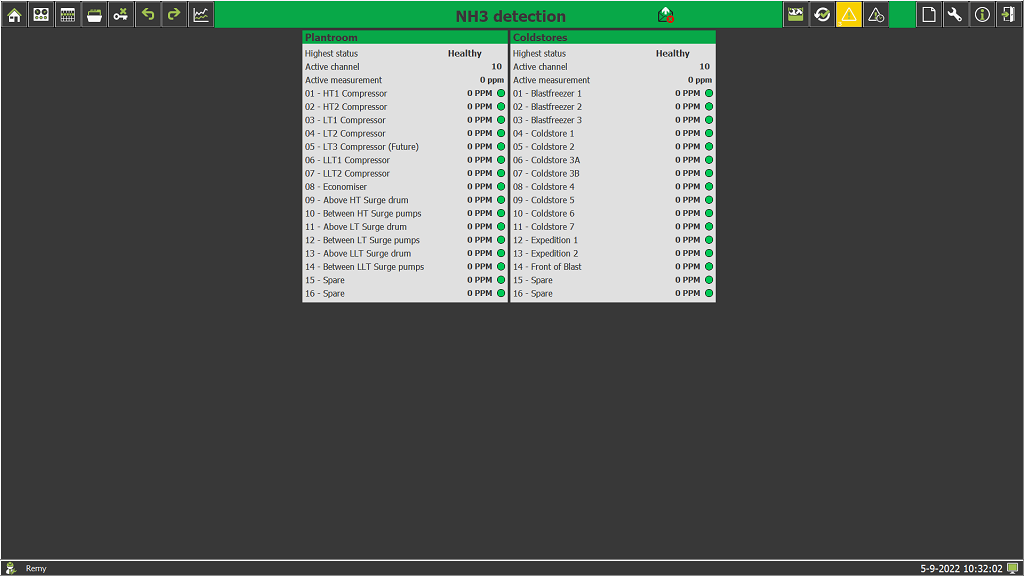 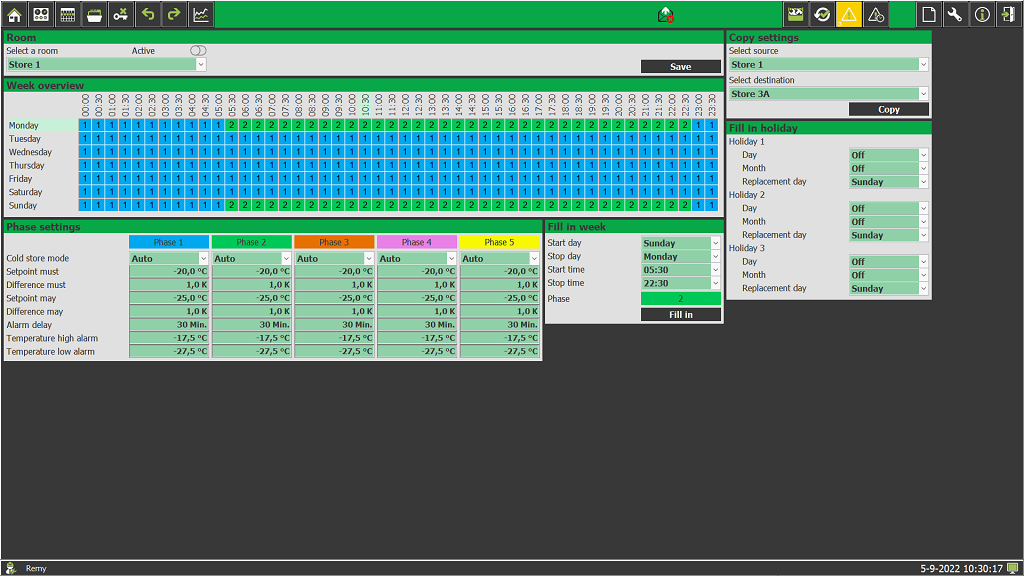 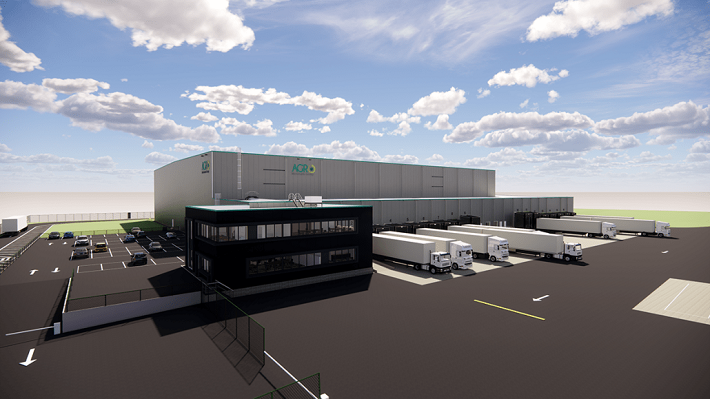