Navigation: Success Stories > Other > Visualization and control of the Yerseke YE 62 fishing vessel's winches and dredges

Yerseke is a Dutch fishing village situated in the Eastern Scheldt estuary. It is well known for its aquaculture: mussel and oyster cultivation. Yerseke has been an important center for the cultivation of these sea delicacies for over a century. Oysters are bred in large cages located in oyster tanks in shallow waters near the coast. Mussels are also bred in special tanks, which, however, are placed on the seabed and in which mussels are spaced evenly and grow naturally.


Recently, oyster cultivation in Yerseke seemed to be in danger due to plans to build a dam that would prevent the sea water from entering the Eastern Scheldt. Luckily, a half-open tidal dam was built ensuring the future of cultivation. Today, severe winters are detrimental to oyster breeding. Gale-force winds of more than 70 km/h have the same negative effect on mussels. 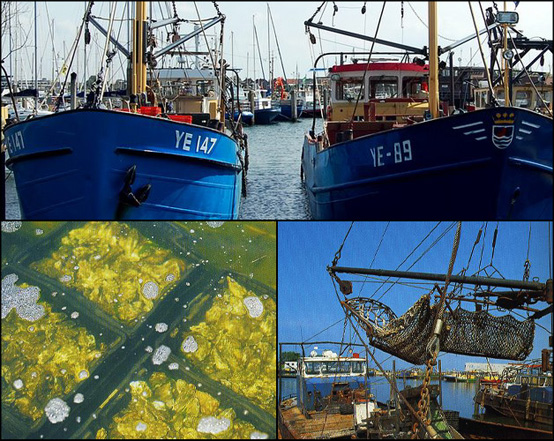 The harbor of Yerseke, Netherlands

Yerseke YE 62 is a Dutch fishing vessel equipped with two derricks and four winches on the stern to lower and lift dredges. It is used for collecting mussels from the seabed. The Dutch company TSG installed the Reliance SCADA/HMI system to control and visualize the four winches and the dredges. The control PC is located in the wheelhouse at the bow of the vessel. 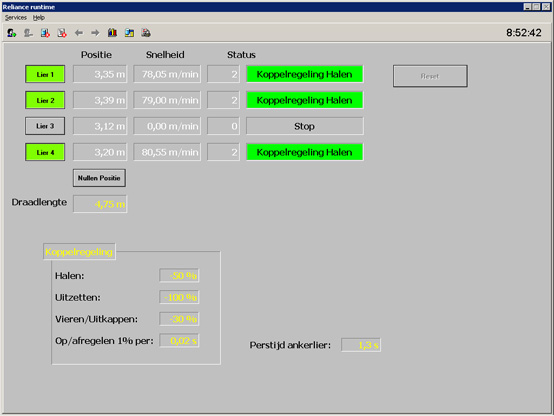 The main visualization window displaying the position, winching speed, and status of the winches 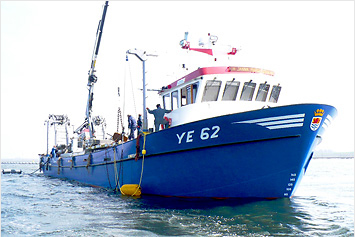