Gladfield Malt is a family-run business located in Canterbury, New Zealand. Using malting barley, they make high-quality malt that is then distributed to brewers and distillers both throughout New Zealand and internationally. On its Dunsandel farm, Gladfield makes premium, 100% natural base and specialty malts to be used in the production of beer and whiskey.

In 2012, the Reliance SCADA/HMI system was installed at Gladfield (for the first time) to monitor the control of the production of roasted malt. It is an autonomous device with a unique technology for producing crystal and roasted malts with a capacity of 1 ton per cycle. For control purposes, Allen-Bradley CompactLogix PLCs were chosen. Communication with the Reliance SCADA system is provided via RSLinx OPC Server.


In 2016, the malting facility increased its capacity to 20,000 tons per year and the Reliance SCADA system was installed again. In general, a malt house is a set of technological equipment designed for converting cereal grains (barley, wheat, rye, etc.) into malt, which is mainly used for brewing or whiskey making. The malting process at Gladfield is comprised of three stages: steeping, germination, and kilning. Each process is controlled by a separate Allen-Bradley CompactLogix PLC and a PanelView Plus 6 graphic terminal. The control room is equipped with two computers on which the Reliance SCADA system is installed. Communication with the computers is provided through EtherNet/IP fiber optic cables. Both computers are dual-monitor (resolution Full HD 1920 x 1080) with support for data server redundancy. Communication between Reliance and the PLCs is again provided through RSLinx OPC Server. 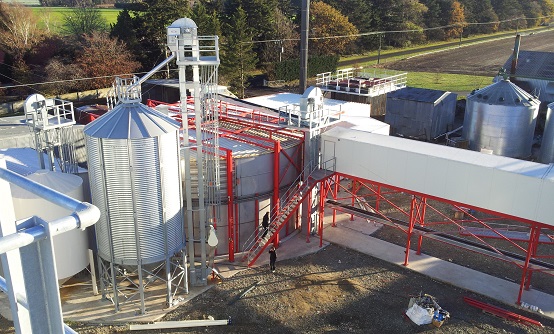 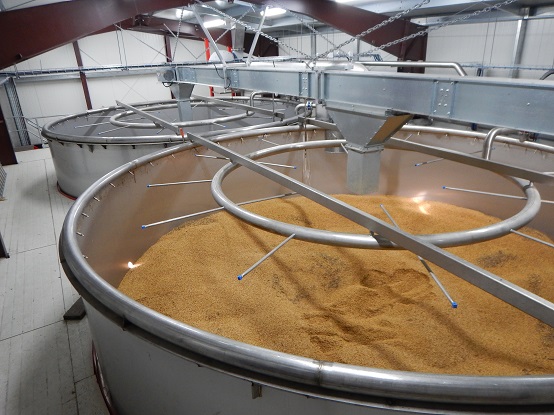 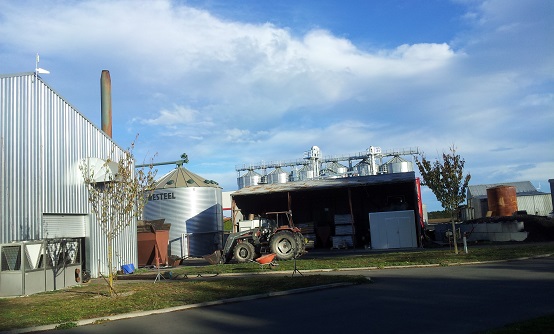 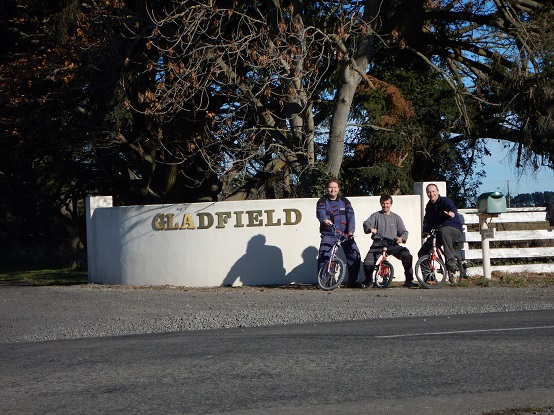 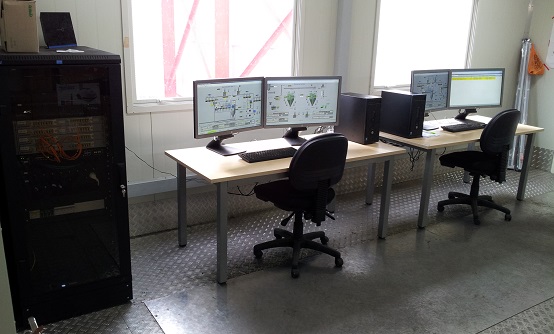 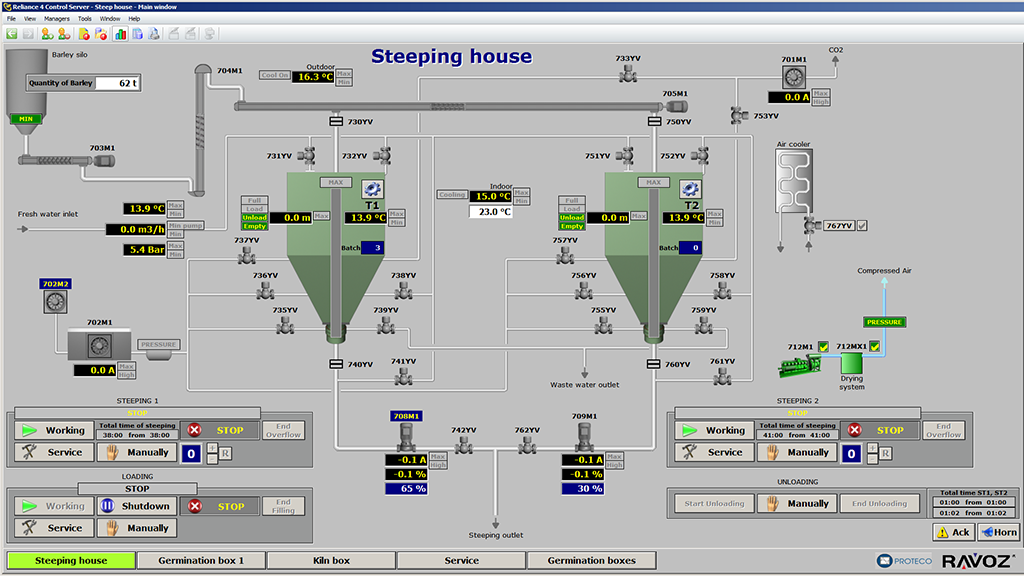 Visualization of the steeping process 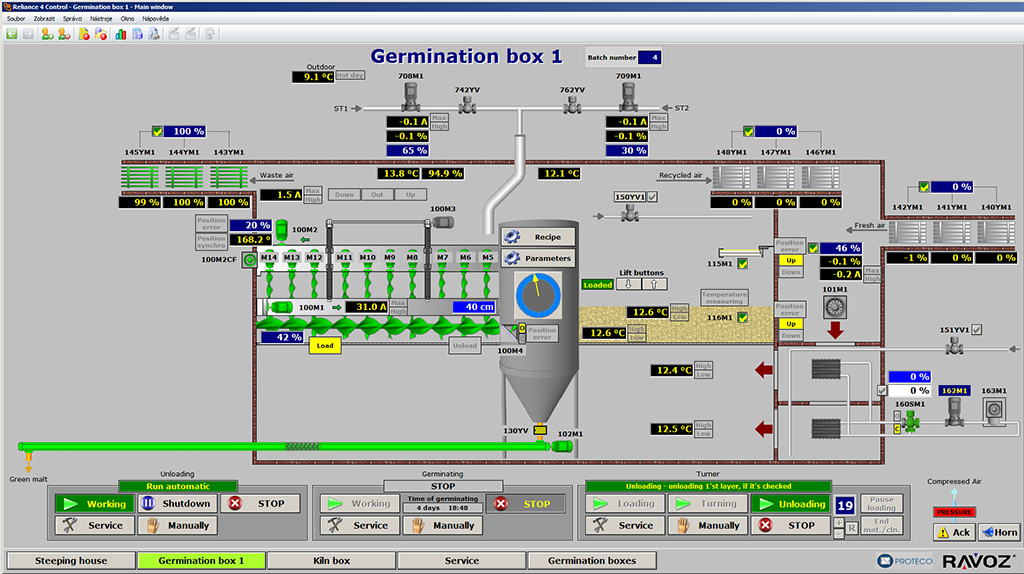 Visualization of the germination process 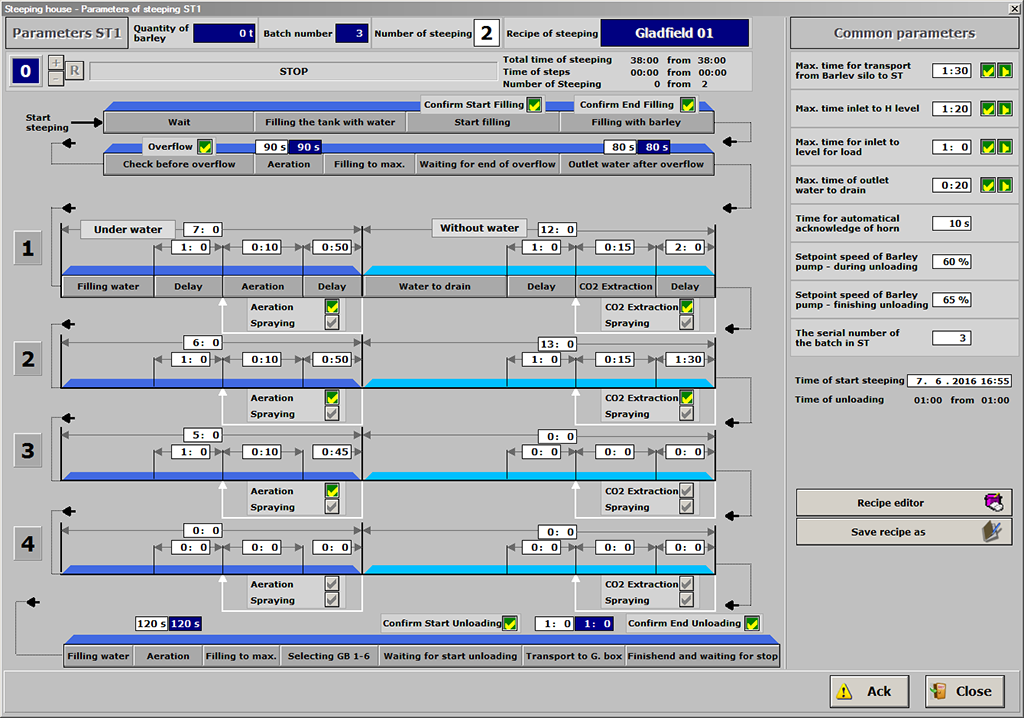 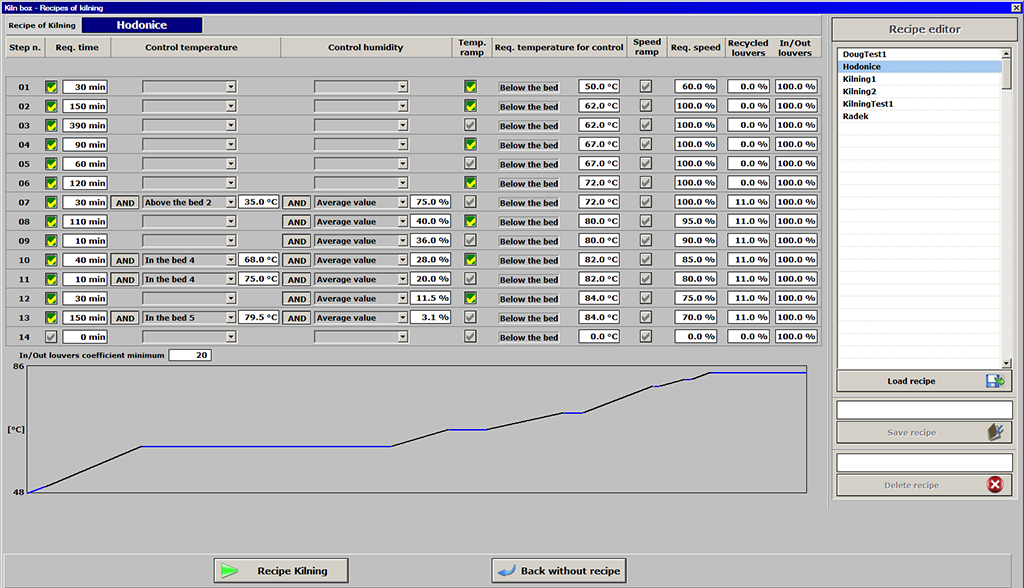 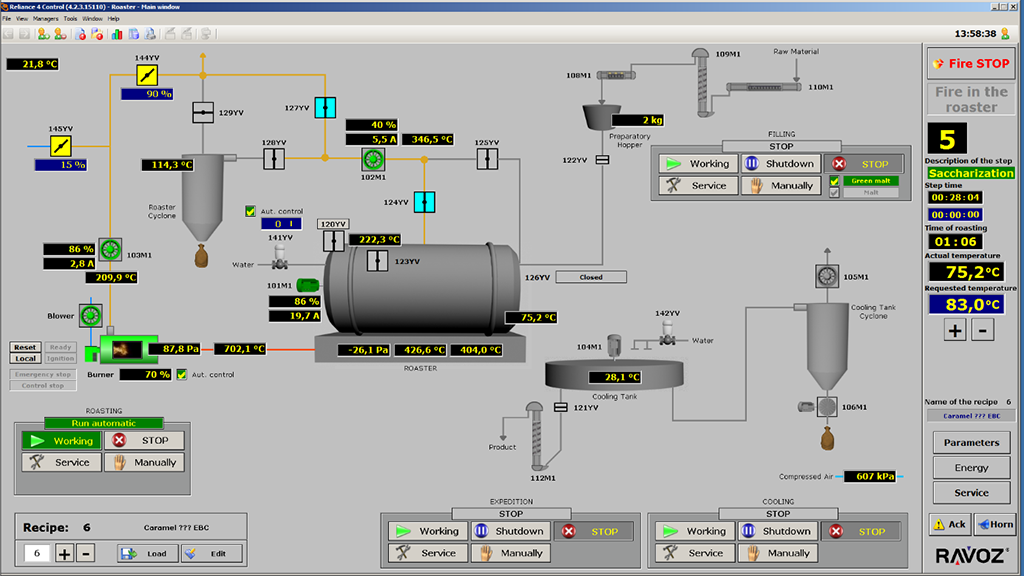 Visualization of the roaster 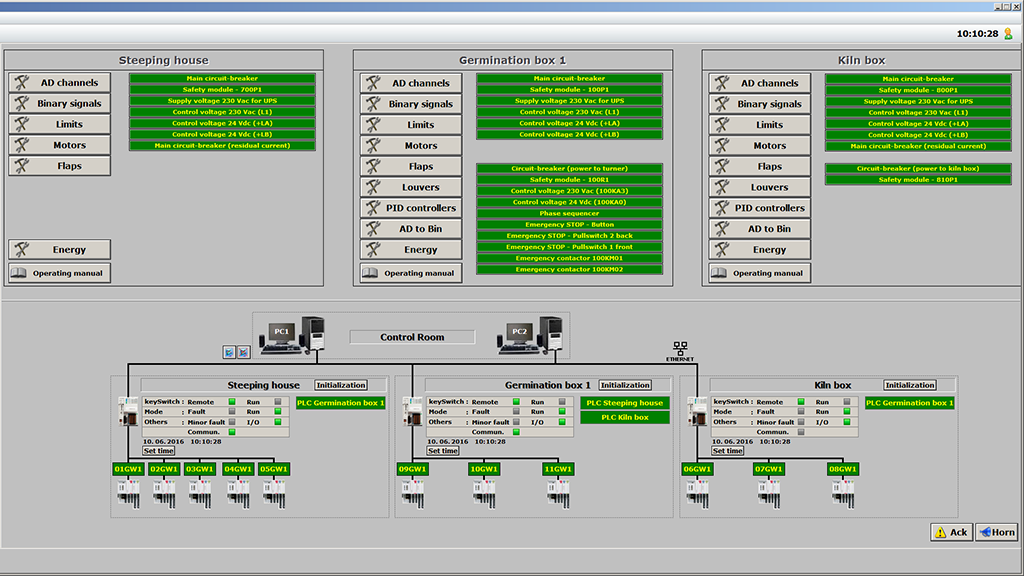 Monitoring of communication and power failures 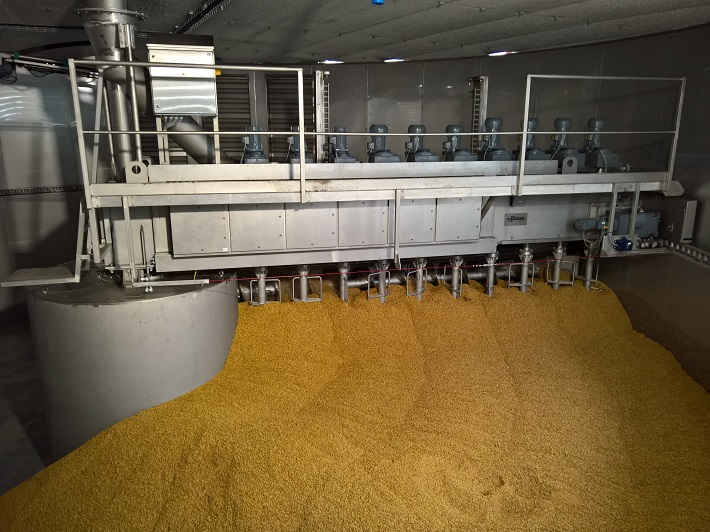