Navigation: Success Stories > Transportation > Visualization and control of the lighting system at the metro depot in Sopelana, Bizkaia, Spain

Visualization and control of the lighting system at the metro depot in Sopelana, Bizkaia, Spain

There are two centers in Bizkaia (Sopelana and Ariz) where the maintenance of rolling stock is performed. The metro depot in Sopelana consists of 16 tracks, 8 maintenance sites, 7 parking lots, and 1 washing site. There are also two bridge cranes, a train wash system, and paint facilities.

The lighting installation includes a centralized control system of the entire building, which allows controlling each of the 16 tracks from a central PC equipped with the Reliance SCADA/HMI system (Reliance 4 Control). The Reliance system allows the operator to easily turn on/off and dim all lights within the building.


To control the depot's lighting, three WAGO PLC devices are used. One behaves as the master, the other two are slaves. Each PLC can manage up to 2,000 analog inputs/outputs and about 4,000 digital inputs/outputs. Supported by a network of Tridonic brightness sensors, each WAGO PLC can control up to 300 lights.


Taking advantage of the real-time clock on the WAGO controller, the master PLC schedules the whole system and is responsible for collecting alarms and signals throughout the facility, notifying to Reliance installed on the control PC.


Thanks to several well-arranged visualization windows created with the Reliance SCADA/HMI system, the depot's lighting is controlled depending on shifts, holidays, and vacations. The Reliance system also allows creating schedules for work in the underground train units (cleaning, repair, maintenance, etc.).


The WAGO PLCs are used because the maximum modularity of the hardware is required for future extensions of the project. For immediate and direct communication with the WAGO PLCs, a driver is available. The main advantage of the Reliance SCADA/HMI system is that it is not only powerful, but also economical for its licensing system.


The Reliance system has the following functionality: 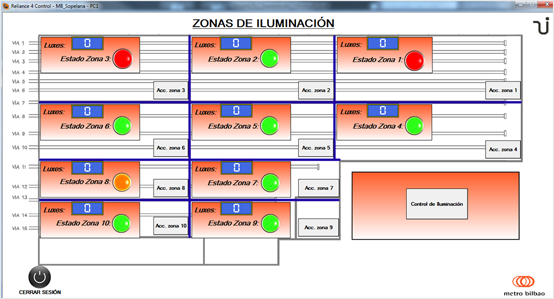 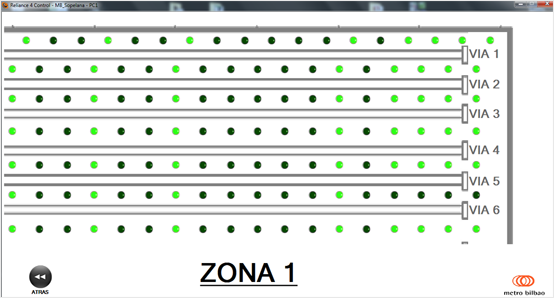 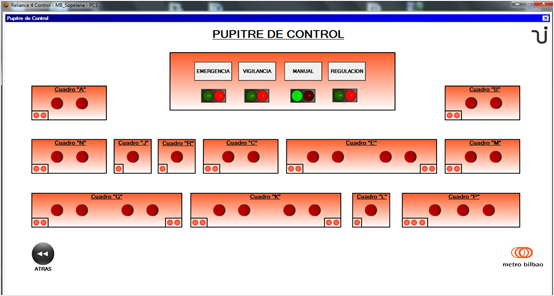 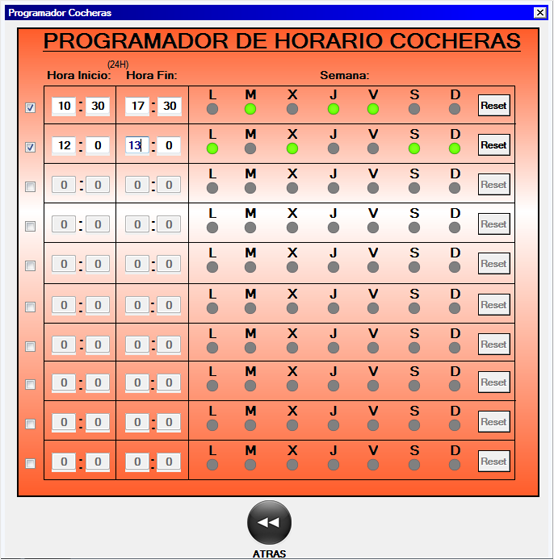 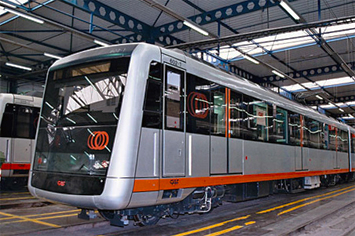 Title
Visualization and control of the lighting system at the metro depot in Sopelana, Bizkaia, Spain