Navigation: Success stories > Food-Processing Industry > Visualization and control of the central beer distribution system at the O2 arena in Prague

The O2 arena is a multi-purpose indoor arena in Prague. Throughout the year, the arena hosts a large number of sporting, cultural, and entertainment events as well as exhibits and trade fairs. The arena opened in 2004. With a seating capacity of over 17,000 for hockey games and up to 20,000 for concerts, it is the largest indoor arena in Czechia.


The O2 arena has a unique system of central beer distribution. It is based on long-distance distribution pipes supplying beer from storage tanks in the basement to beer taps throughout the venue. The system was put into operation on the occasion of hosting the 2004 Ice Hockey World Championship. In 2020, after sixteen years of operation, the beer distribution system was renovated. Among other things, the renovation included the replacement of the monitoring system. Since the original monitoring system had not been as reliable as required, it was replaced with the Reliance SCADA/HMI system. Reliance's Control Server module is now used to visualize the process of beer distribution. Control is performed by a Siemens SIMATIC S7-400 PLC.


The control system was implemented by MCAT Automation. 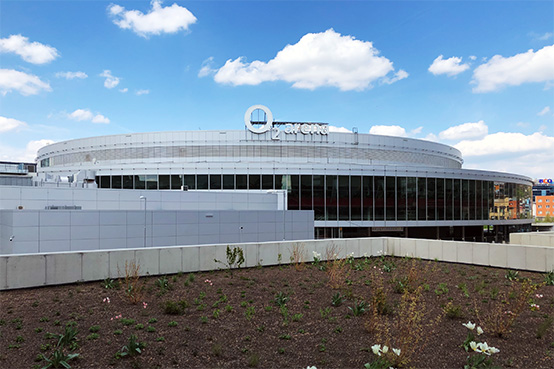 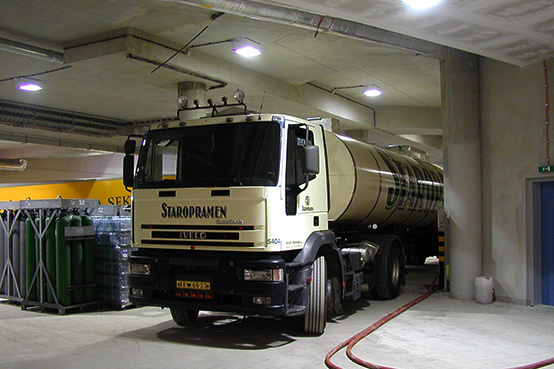 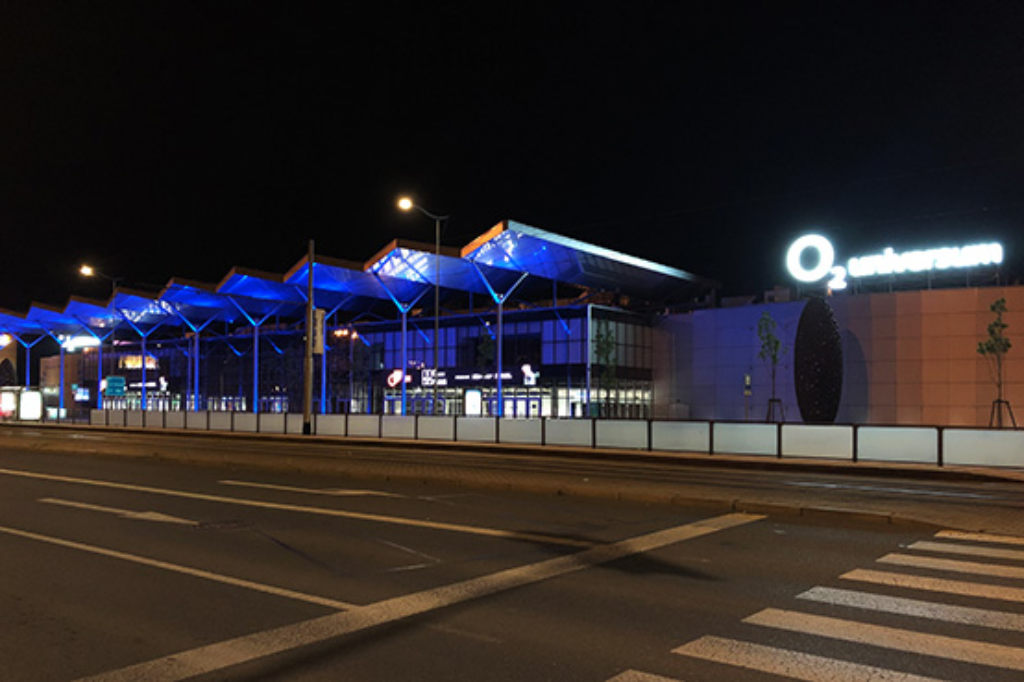 The beer piping is completely stainless, running from the basement through all the four levels of the O2 arena. It is over 4 km long and includes 168 dispense heads for tapping two types of beer at a flow rate of 1,000 beers (0.4 l) per minute. This allows, for example, quenching the thirst of all the 17,000 spectators quite quickly at a sold-out hockey game.


Beer delivery is provided by tanker trucks, from which the beer is decanted into the 70hl cooling tanks in the basement. From there, it is automatically transported by pipes, controlled pumps, and fittings to concession stands on the lower levels and to the skyboxes on the top level. The distribution system is equipped with flow meters, so it is easy to find out the total volume of beer sold (i.e., how much beer from each tank, stand, and tap). And that's what the Reliance system is mainly responsible for – data monitoring, processing, and logging. This data allows the O2 arena's catering managers and tenants of concession stands to find out the exact outflow of beer after a sporting event or a concert. The data is processed in the form of beer consumption tables and is available through Reliance Web Client.


The revolutionary technology of beer distribution and the level of automation used in the O2 arena make this system unique in the world. It is a big challenge to the conventional keg system. 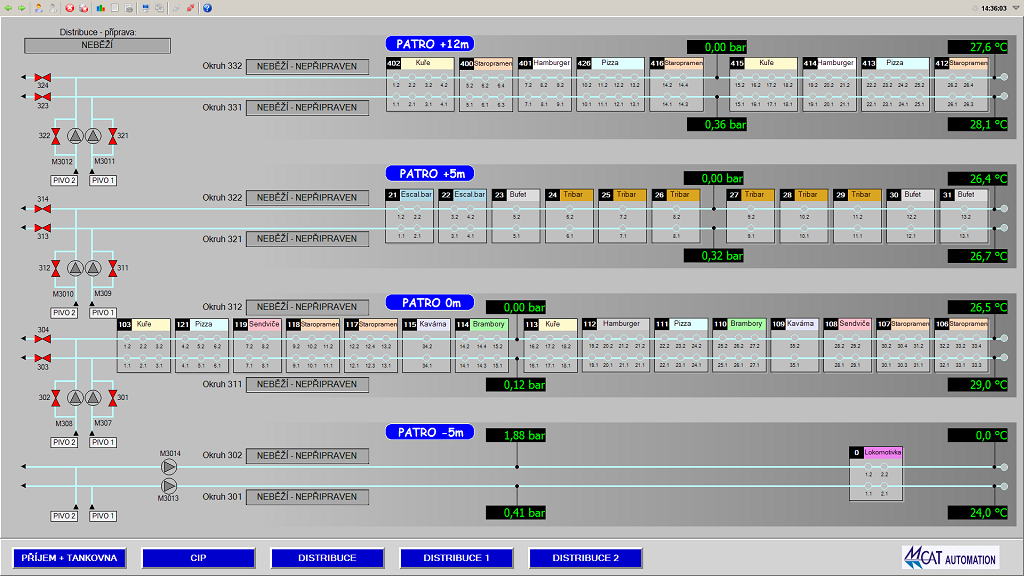 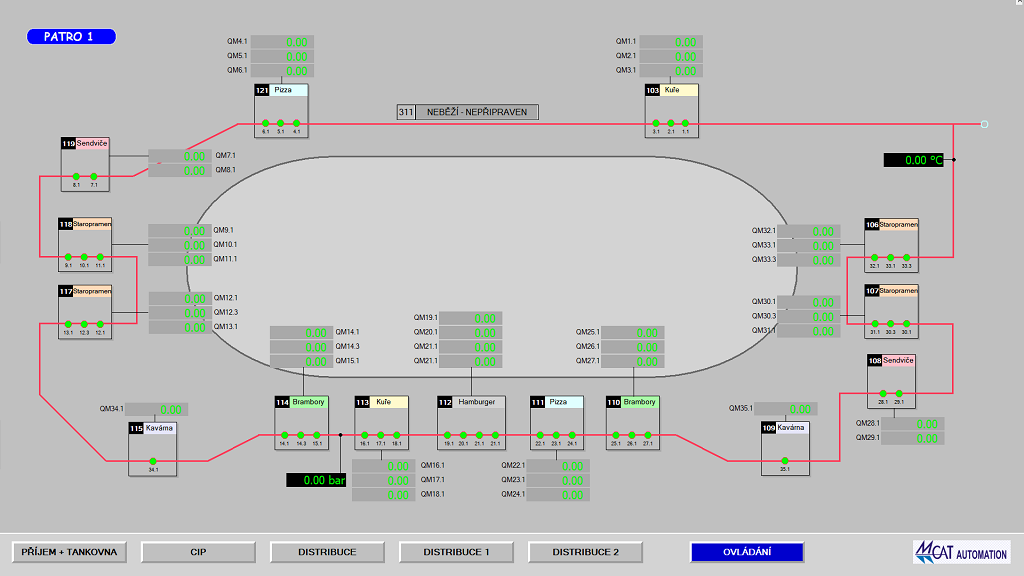 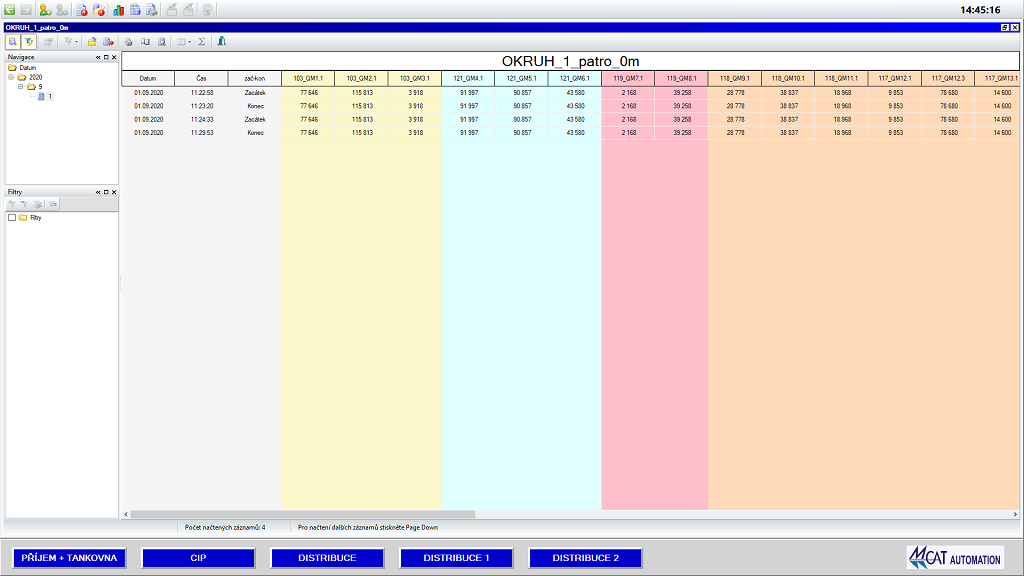 A table of beer consumption