In 2013, the construction of a new office building named BEA Centre Olomouc was completed. It is now the tallest office building in the city of Olomouc and one of the most intelligent buildings in Europe.


From the very beginning, the investor's demand for measuring and control was to integrate all systems of the building into a unified control workstation. To achieve this intention, the BUILDSYS company had cooperated with the investor since the design phase. As a result, the request to interconnect 28 different systems was assigned to and accepted by the contractors representing all professions involved in the project. To meet the investor's requirements, the Reliance SCADA/HMI system is used in a client–server configuration. All connected systems communicate and are integrated through a stand-alone server. In the building, there are 731 fire alarms, 125 energy meters, 55 cameras, 635 water meters, 2 weather stations, heat pumps, and other technological equipment. Each window has its own sensor. If a window is opened, the air-conditioning is turned off. The outside light intensity is also monitored. Based on this, the lighting performance near windows is controlled. These optimizations lead to significant energy savings.


In order for the operating personnel to have a perfect overview, a workstation (client) equipped with Reliance 4 Control Server was installed. In addition to a standard monitor, it is connected to a widescreen monitor in the building's central control room. Another advantage of the system is that it can also be monitored from remote locations over the Internet.

From the central control room, the Reliance SCADA system allows the operator to monitor


The center is also the base of the Moravian University of Olomouc. Thus, students can "get in touch" with the leading technologies they are taught in lectures directly in the building.


Note: The following video was shot in Czech. 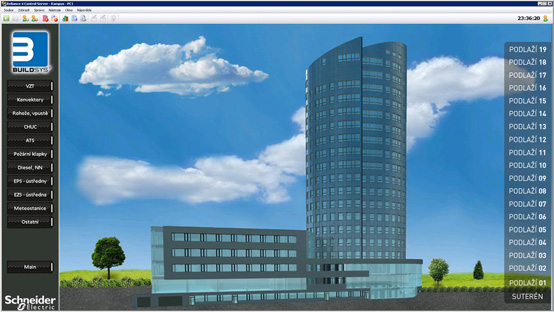 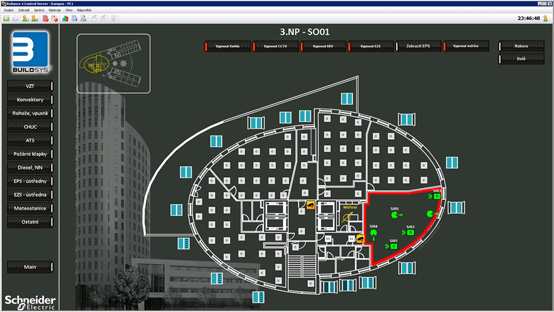 Visualization of the building's third floor 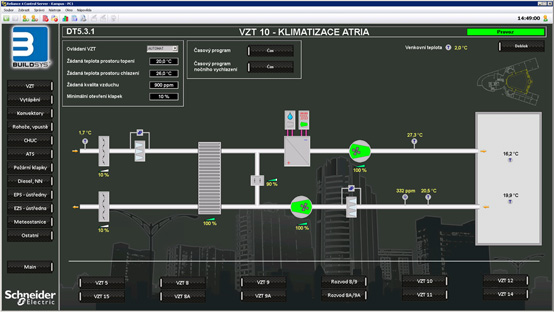 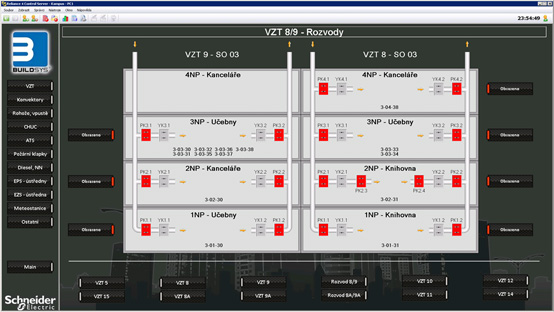 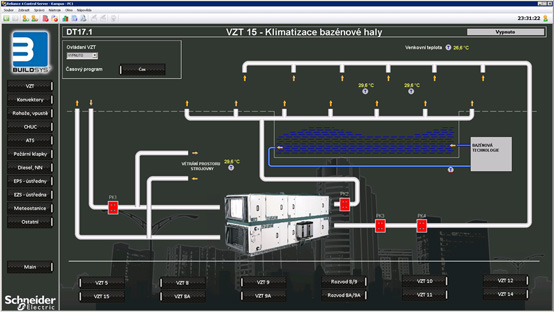 Visualization of the pool's air-conditioning 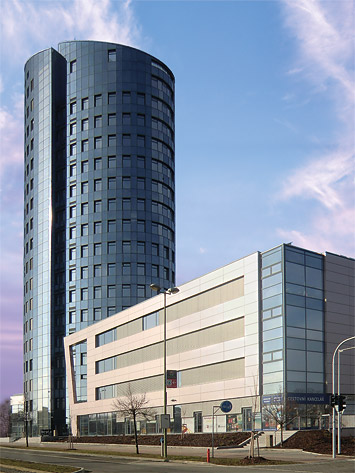