Navigation: Success stories > Other > Visualization of air treatment units in the Chapel of the Holy Cross at Karlstejn Castle

Founded in 1348, this High Gothic castle has a unique standing among Czech castles. It was constructed by Charles IV, King of Bohemia and Holy Roman Emperor, as a place for safekeeping the royal treasures, esp. collections of holy relics and the imperial coronation jewels. In 1355, Charles IV began living in the castle and supervised its completion and the decoration of interiors, especially the castle chapels. In 1365, the castle's construction was finished and the Chapel of the Holy Cross was consecrated. At the outbreak of the Hussite Wars, the Czech coronation jewels were transported to the castle for safety reasons. They were kept here for nearly 200 years.


The Chapel of the Holy Cross is home to an exceptional original mural from the 14th century, a collection of 129 panel paintings by Master Theodoric (the world's largest of its kind), the largest portrait gallery of Bohemian rulers in Czechia. This gem of Czech culture must be preserved for future generations. 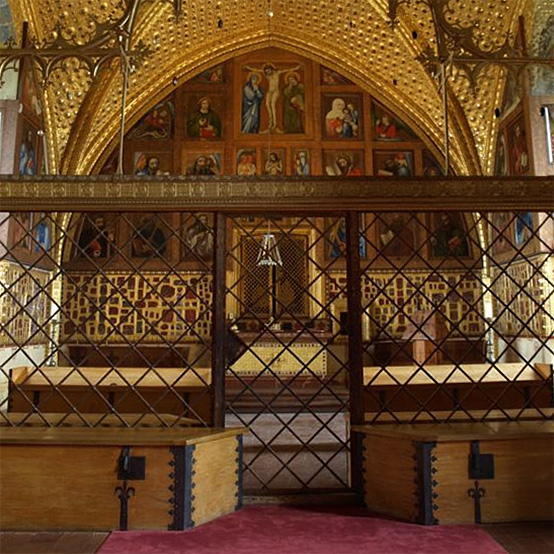 Since the environment in the Chapel of the Holy Cross (mainly air temperature and humidity) is what affects the panel paintings the most, great care was needed in the installation of an air treatment system that would sustain temperature and humidity at defined parameters while not interfering with the historical furnishing of the gallery. This is why a Tecomat PLC was chosen for this installation at the castle. 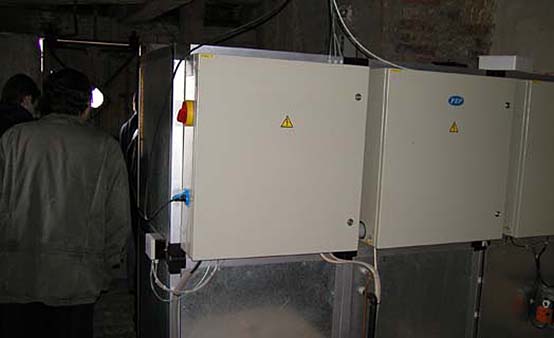 
Data is transferred by radio communication to the courtyard, to the office of the castellan. From there, using the Reliance SCADA/HMI system, it's possible to monitor information about the current situation in the chapel on-line, including historical trends. In the event that limits are exceeded, the castellan is warned by an alarm. 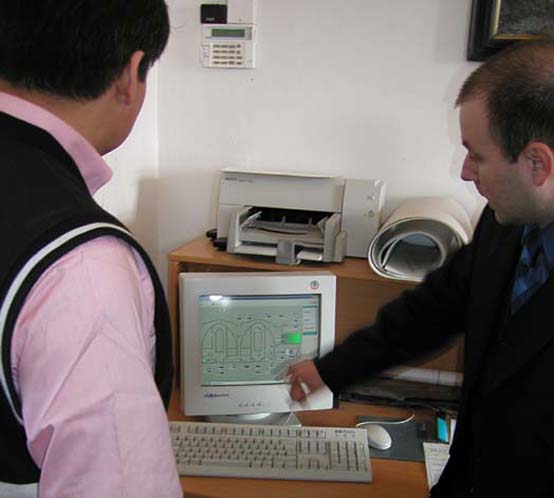 The castellan's office with the installed visualization project


Attribution: Beroun Region by borshop is licensed under CC BY 2.0. 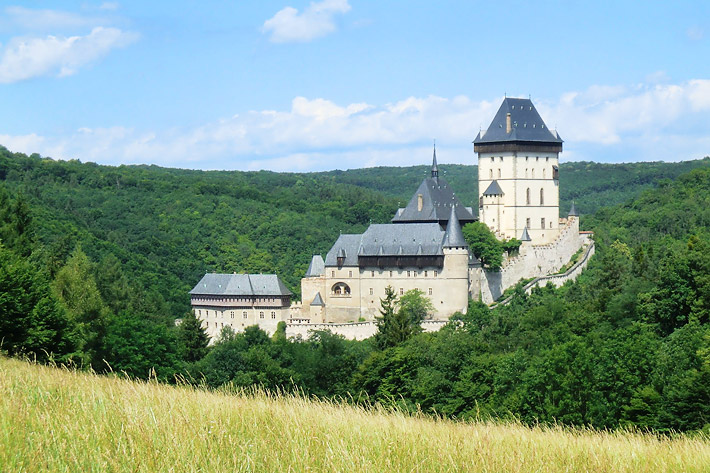