Inex Partners Oy is a Finnish company specializing in the warehousing and transportation of grocery products. Its headquarters is in the city of Espoo, Finland. The company, which has over 2,000 employees, is a subsidiary of SOK Corporation and thus part of S Group, a Finnish network of companies operating in the retail and service sectors. The group has a total of 1,697 stores and employs over 43,000 staff members.


All ripening rooms are cooled with a water-glycol solution provided by a large cooling plant on site. Extra-low–temperature glycol is used for ripening the exotic fruits.


In 2017, a system designed to visualize and control the ripening process was installed by the Dutch company De Laat Koudetechniek.

The control system consists of Siemens SIMATIC S7-1200 PLCs and the Reliance SCADA/HMI system. The whole Reliance project is based on templates, which allow the operating personnel to dynamically switch between visualization windows.


To measure air in all ripening rooms, a hose is connected from each room to a central control cabinet, which sucks air out of the room into the cabinet where it is analyzed by three sensors:

This data is transmitted between the central measurement PLC and the ripening room PLCs over TCP/IP.


Also, a Ripe-Pro gas mixing unit is installed at the distribution center. It is used to extract nitrogen from the air and to mix it with pure ethylene. The resulting mixture (4% ethylene, 96% nitrogen) is supplied to the ripening room (4 % is the maximum allowed because of explosion and toxic hazards). 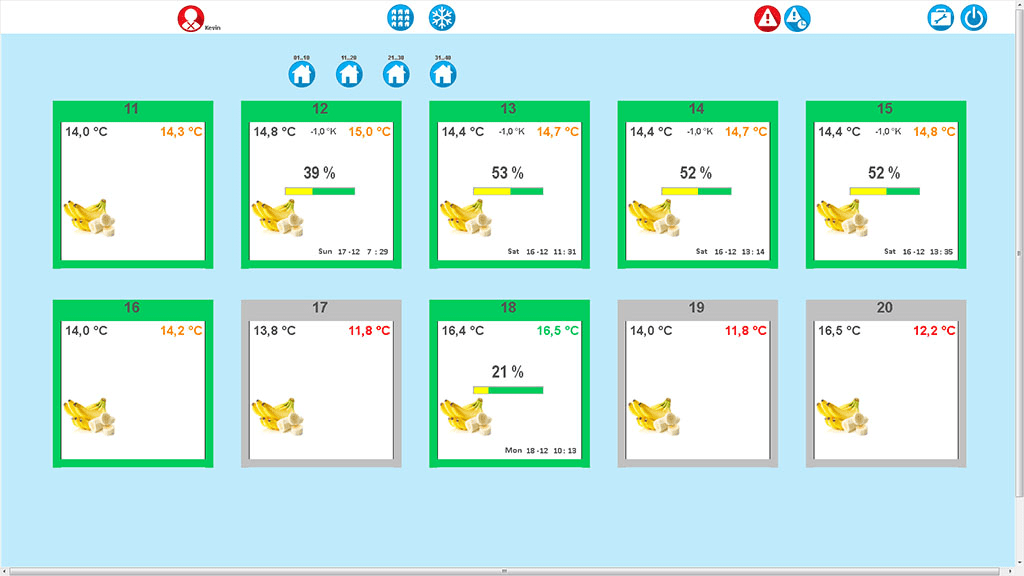 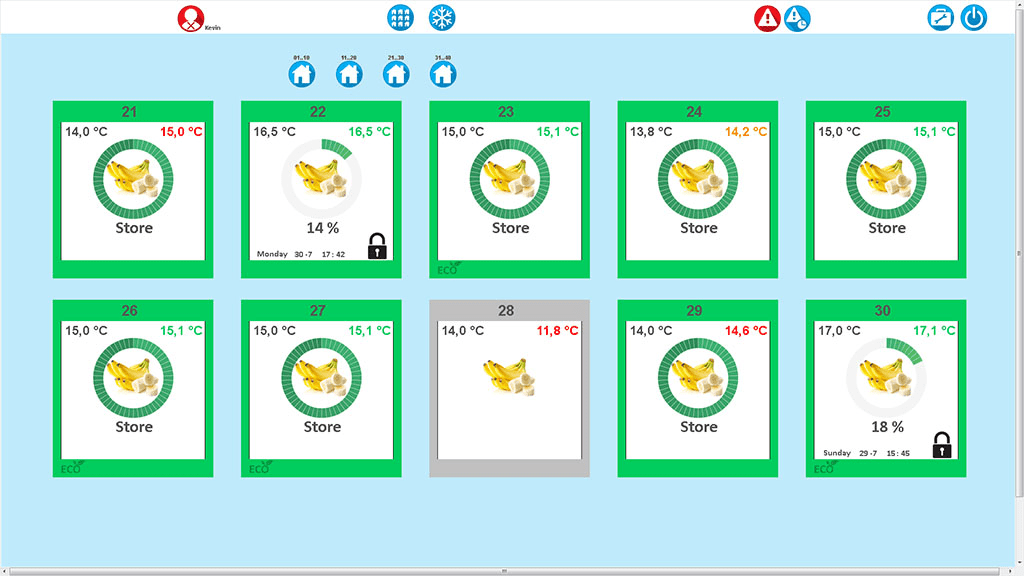 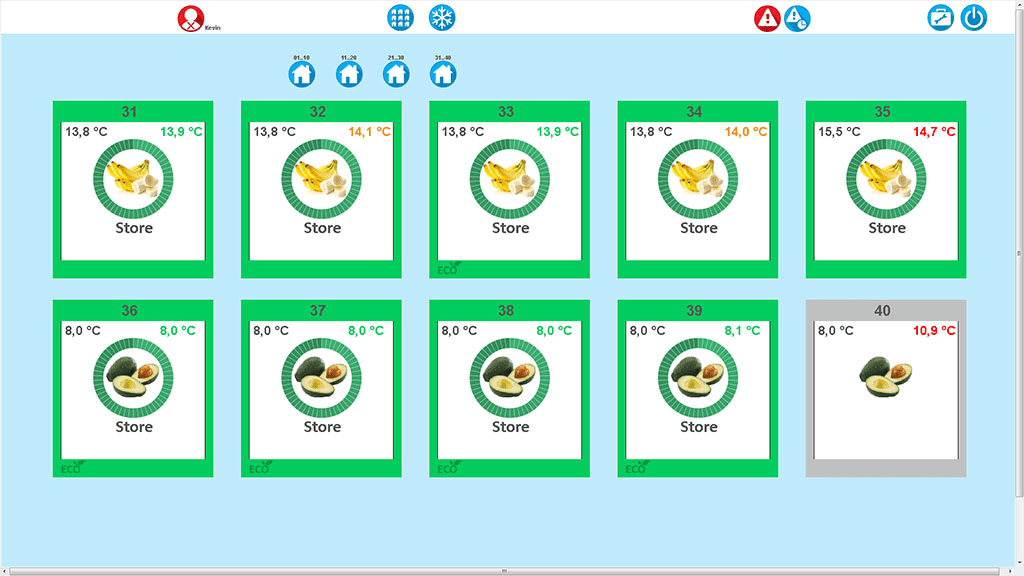 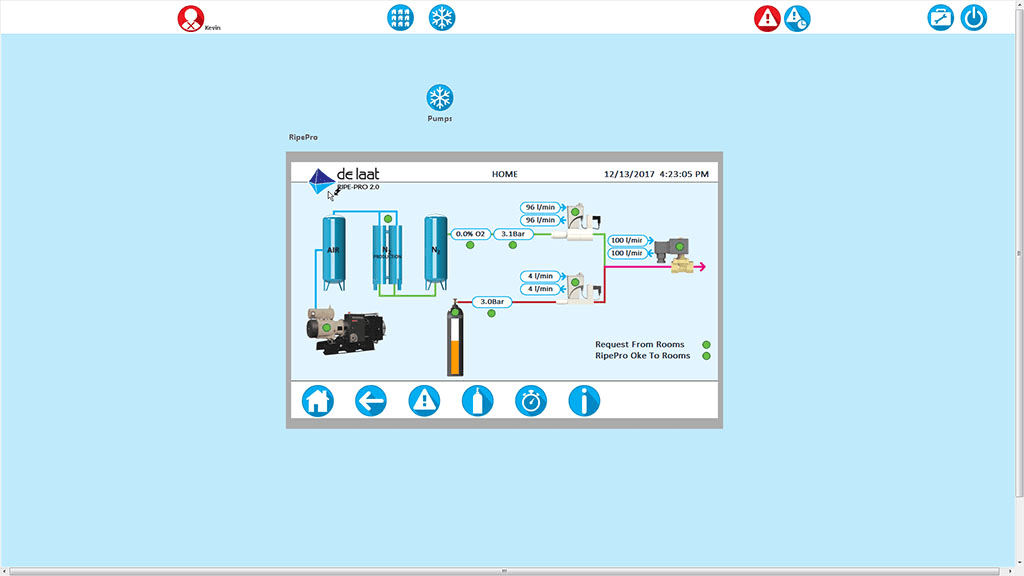 Visualization of the process of gas mixing 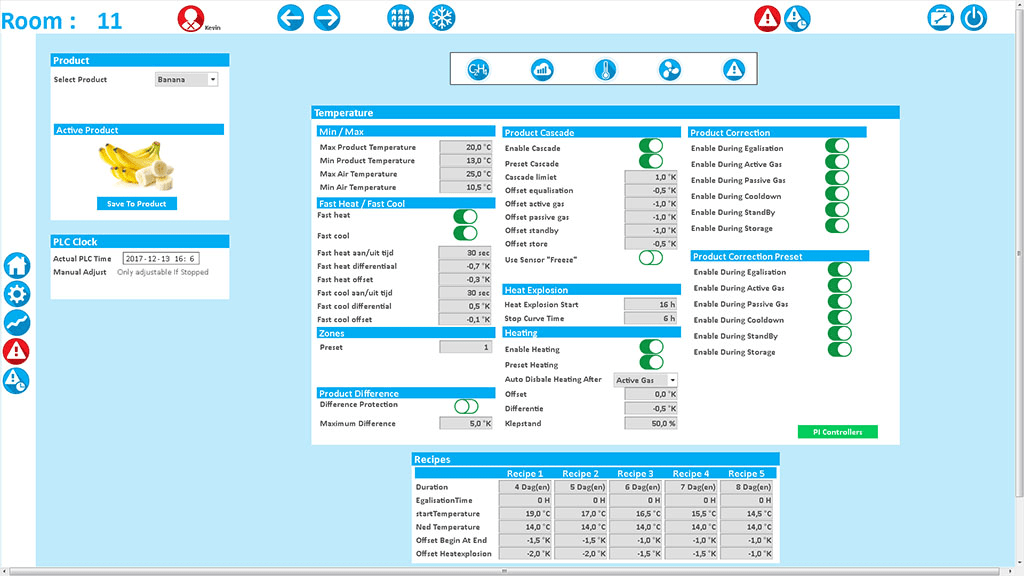 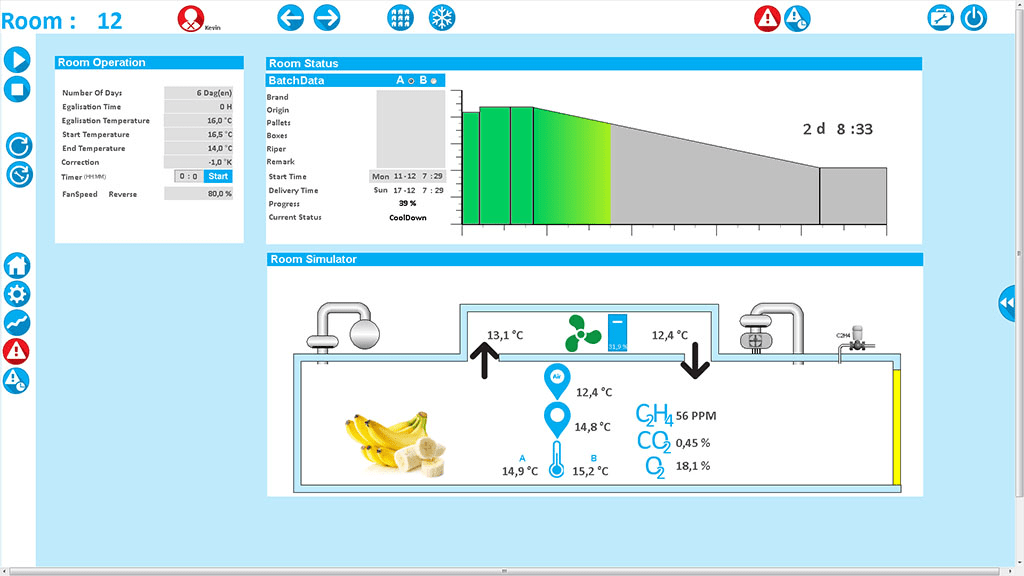 Visualization of the ripening process 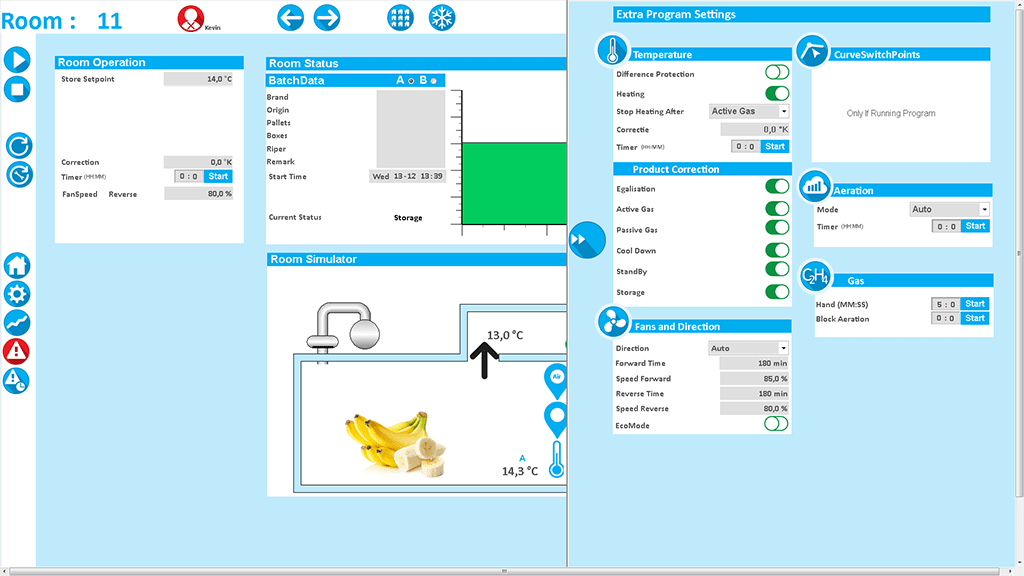 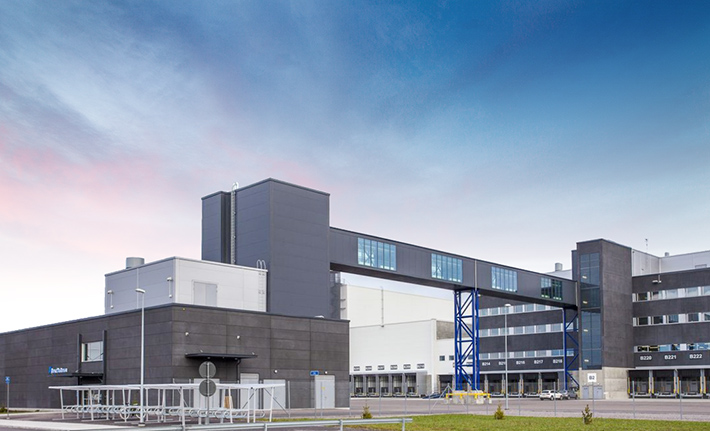