Navigation: Success stories > Transportation > Visualization and control of the Diana Funicular in the spa town of Carlsbad

Unlike the other two Carlsbad funiculars (to/from the Hotel Imperial) built with financing from Lord Westbury, an English nobleman and entrepreneur, at the beginning of the 20th century, the Diana Funicular has always been an urban cable railroad. On September 15, 1909, Carlsbad's authorities decided to build a funicular railroad from Marianska Street to the Friendship Height. Then, everything was incredibly fast. It took only three years to construct the funicular.


In the fall of 1910, an inspection of the track was carried out in the presence of Mr. H. H. Peter, a Swiss design engineer. The Viennese construction company Leo Arnoldi was selected as the builder (with the help of local craftsmen and firms) of the railroad and its three station buildings. Machine and electrical equipment for the funicular was provided and assembled by Siemens-Schuckertwerke. The funicular cars were also supplied by this company. In 1911, ground works started. At the beginning of 1912, a building permit for the traction substation was issued. In April 1912, a concession was granted for operating the funicular. It was finally put into operation on August 5, 1912. At that time, Diana was the longest funicular in the Austro-Hungarian Empire. 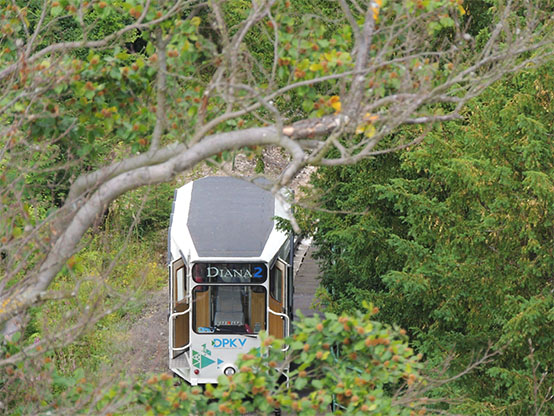 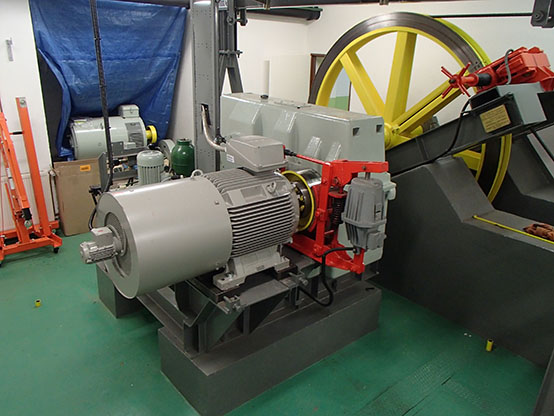 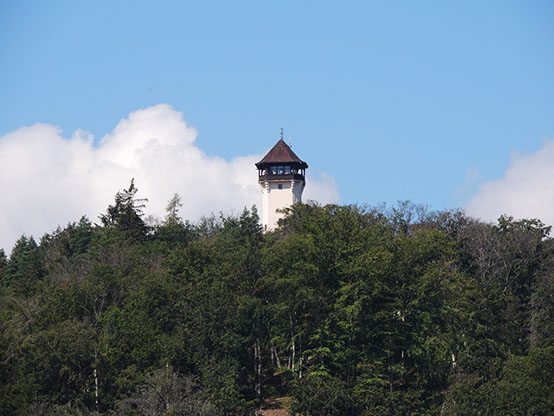 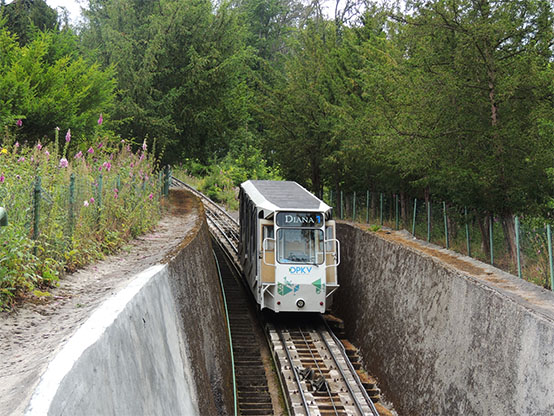 Diana is a funicular railroad with permanently attached cars. It is a two-rail funicular with the
so-called Abt Switch in the middle of the track. It has three stations: lower – Old Meadow (Stara louka) near the Grandhotel Pupp, middle – Stag's Jump (Jeleni skok), upper – Diana. The Stag's Jump station is situated right in the middle of the track, which allows both cars (moving uphill and downhill) to stop simultaneously at the switch. Some other technical parameters: length – 453 meters, vertical distance – 167 meters, travel time – 6.5 minutes. The route is crossed by three underpasses and three walkway bridges.


Although the funicular is operated by the town's carrier, fares are calculated according to a special tariff, not the public transportation system's tariff. The reason is that, even today, the funicular is mainly used for transporting passengers (both tourists and local residents) to the Diana Tourist Complex.

Control is provided by a SAIA PCD2 PLC, the visualization project was created with the Reliance SCADA/HMI system. The SAIA PCD2 PLC and the computer equipped with the Reliance SCADA/HMI system (Reliance Control Server) allow operating the funicular in two modes – automatic and manual. Reliance's overview screen enables monitoring the operating status of the funicular. It is also designed to quickly detect a possible error. In addition, the Reliance SCADA system records regular daily, weekly, monthly, and annual inspections as required by technical and legal operation-safety regulations. These records are available – via Reliance Web Client – to the head of the funicular center. 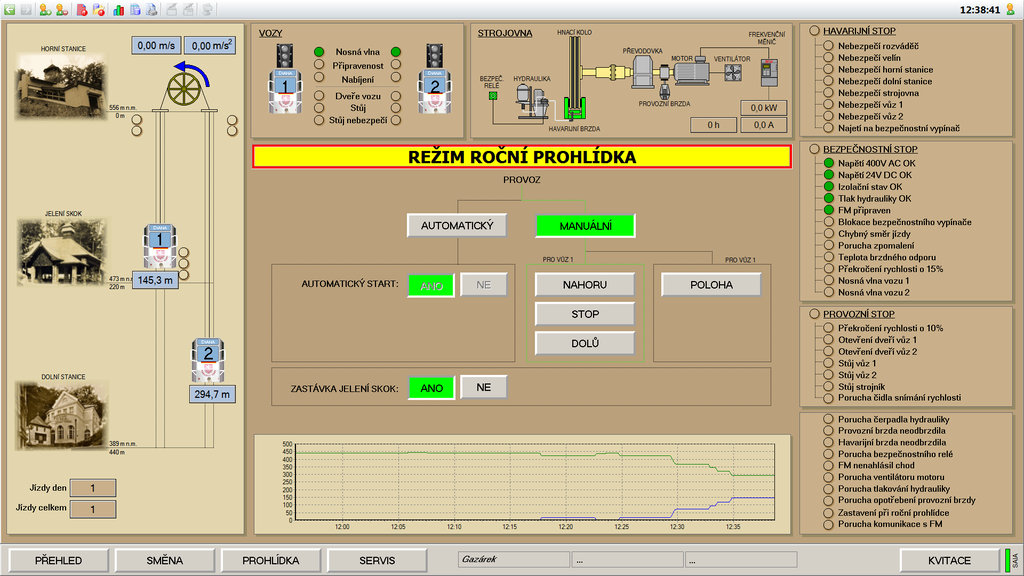 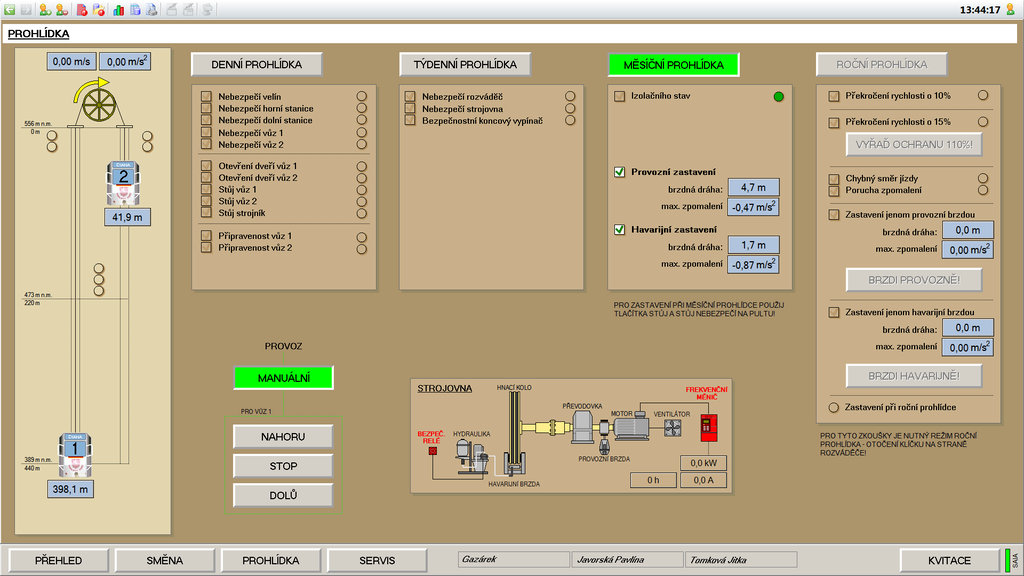 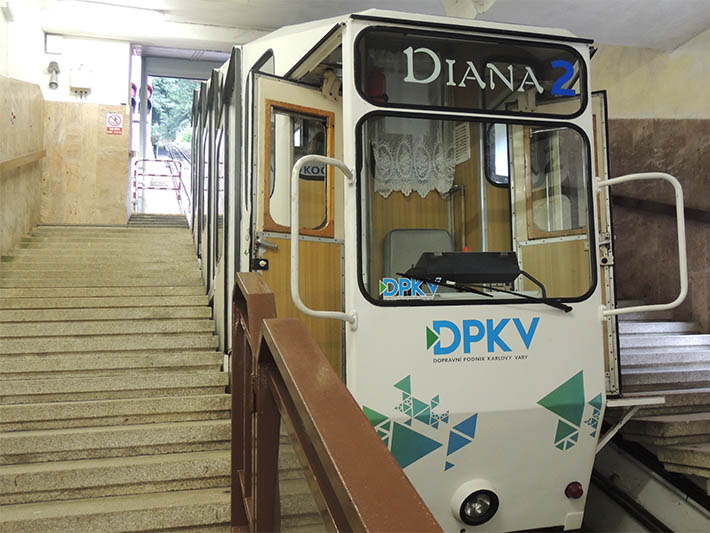