CLT (CESKOLIPSKA TEPLARENSKA) is a Czech joint-stock company that specializes in the production and distribution of heat energy and the preparation of hot water. Today, the company distributes heat and prepares hot water for over 9,100 households in the towns of Ceska Lipa and Duba. Apart from the households, they also supply heat to schools, offices, shopping centers, and other service providers.


In previous years, the company decided to modernize its outdated control systems in the heat exchange stations and obsolete visualization in the control room.


Between 2020 and 2022, twelve exchange stations and two boiler rooms were transferred to the new control system.


The long-term goal of the project for 2040 is to increase the number of exchange stations transferred to the new system to about 240. 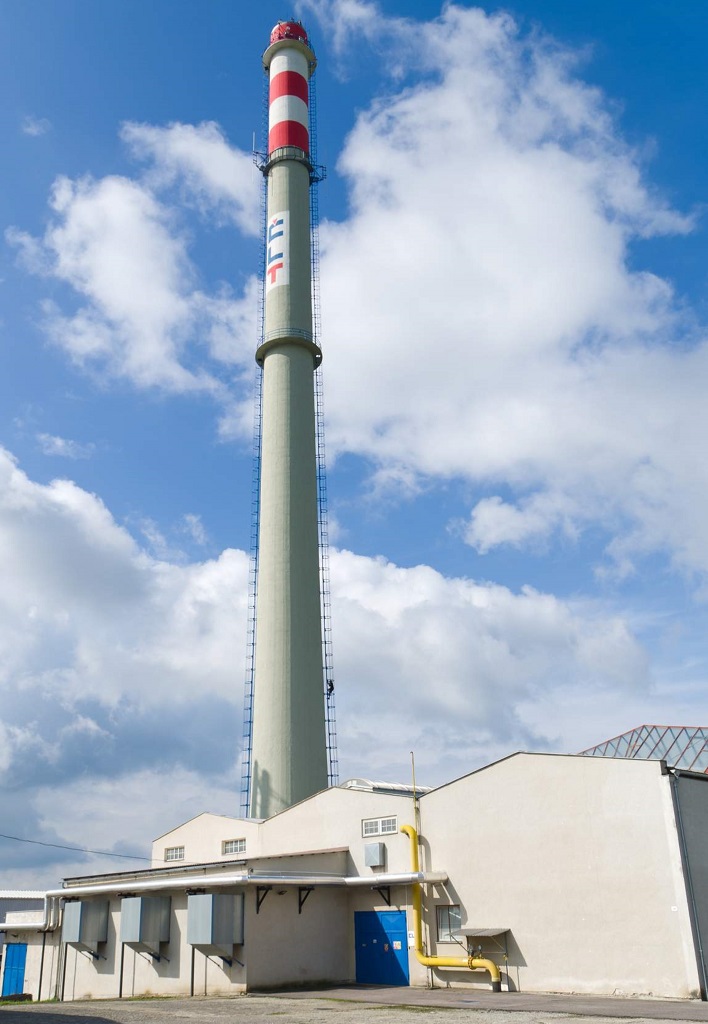 A partial view of the CLT company's premises

The system consists of three Siemens SIMATIC S7-300 PLCs (for the two boiler rooms) and twelve WAGO 750-8101 controllers with Domat Merbon Runtime (for the heat exchange stations). The visualization project was created with the Reliance SCADA/HMI system running on two redundant servers.


Currently, about 5,800 data points are used for the visualization project. It is projected that this number will have increased to 100,000 by 2040. 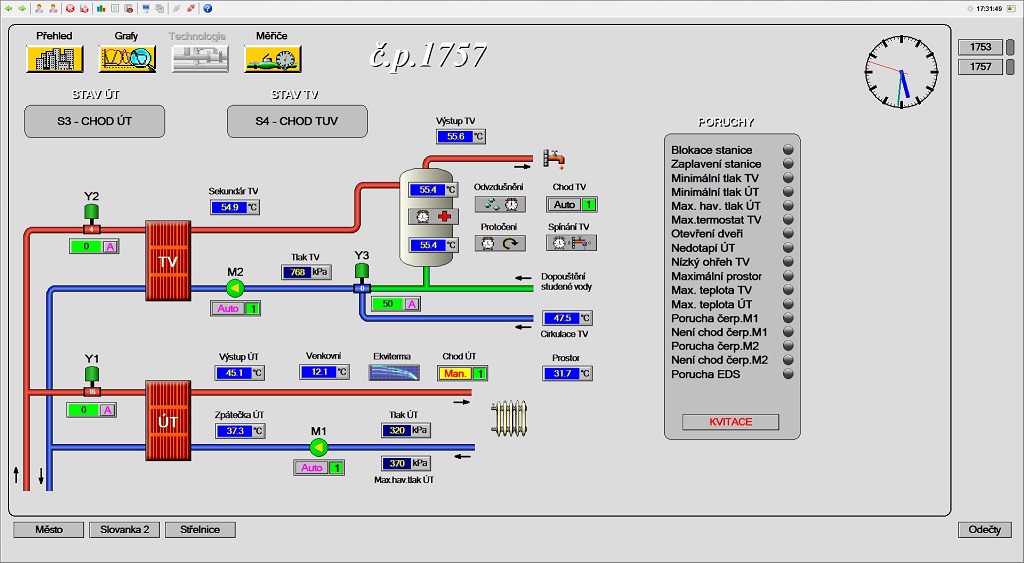 Visualization of a heat exchange station 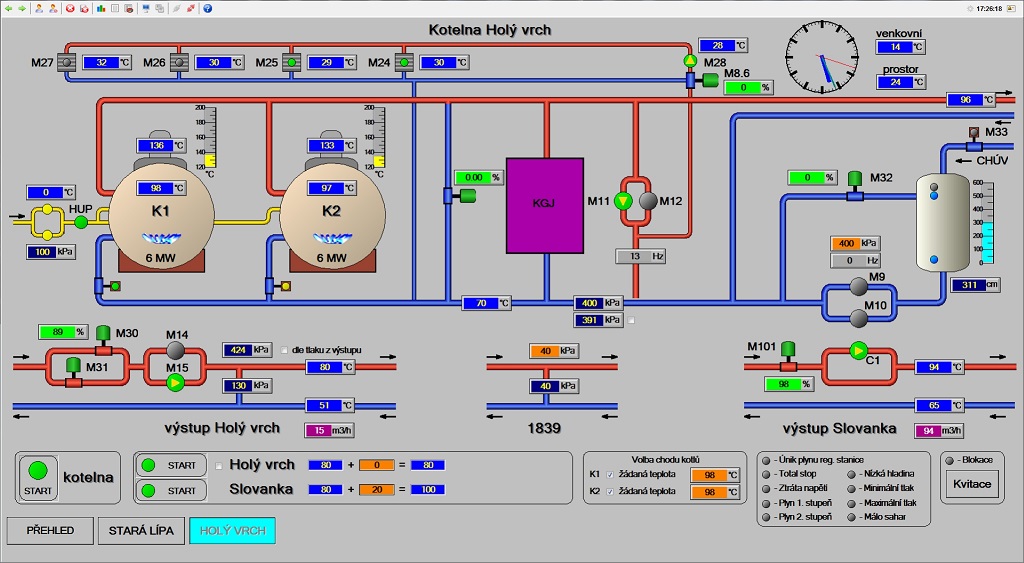 Visualization of a boiler room (location 1) 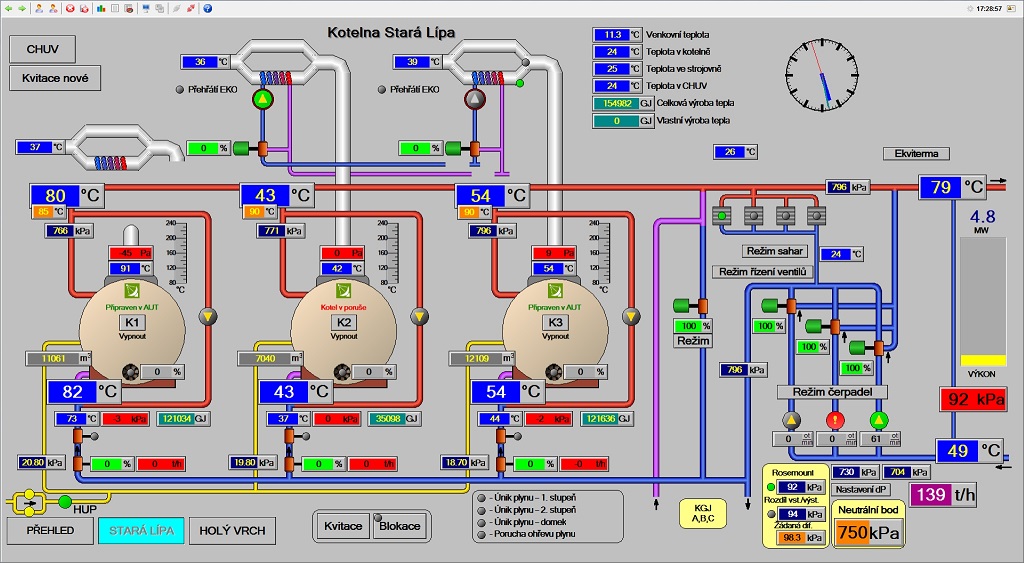 Visualization of a boiler room (location 2) 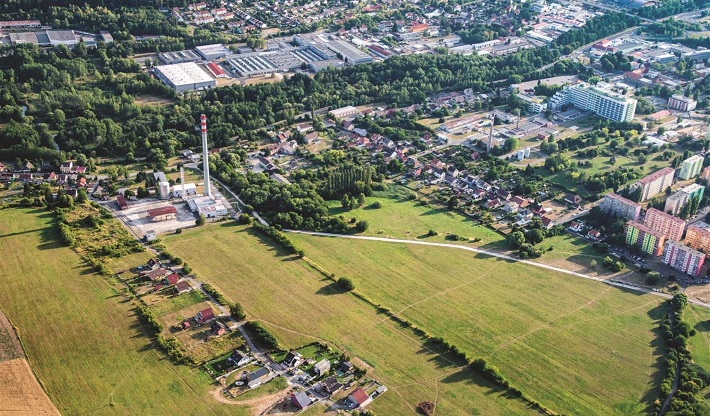