Navigation: Success stories > Production Lines > Visualization and control of a line for the manufacture of active grille shutters for cars

In 2020–2021, a system for the visualization and control of the line for the manufacture of active grille shutters for cars was installed at Valeo's production facility in the Czech town of Rakovnik.


The line consists of five stations, of which two are automatic (test cabins) and three are manual (used for the assembly of individual components). Each station has its own panel PC running the Reliance SCADA system.


It is also equipped with a server, which is intended for camera testing in a test cabin and for communication with the actuator of a product. The main Reliance project runs on this server. It is mainly used for setting up the line and managing production recipes. 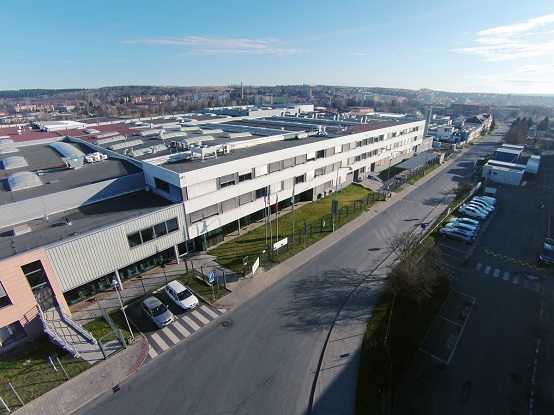 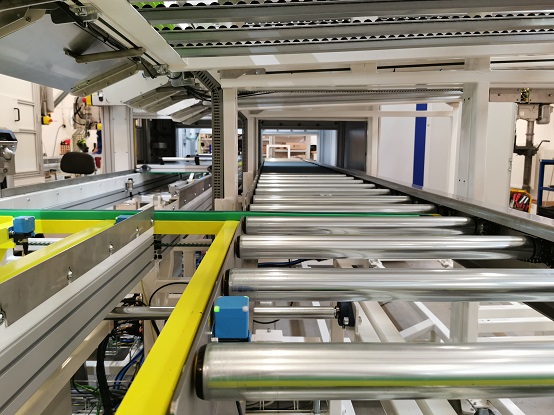 A Siemens SIMATIC S7-1517F PLC and the Reliance SCADA/HMI system are the cornerstone of the control system. The PLC is primarily responsible for handling inputs and outputs, the production line's safety circuit, communication with the printer (the ZPL2 format), and TCP/IP communication with manual readers.


The Reliance SCADA system performs the following on the production line:

One industrial and fine panel PCs are installed on the production line. Each of them is running its own Reliance runtime module.

The server runs Reliance Control Server including the OPC UA client connected to the PLC. The server is used to configure the line and manage production recipes stored in a local SQL database. It also provides data from the PLC to the second test cabin (3D measurement) – this cabin doesn't have its driver for communication.

To log in to the stations, operating staff members use an RFID reader connected via an RS-232 interface and Generic Driver. When changing a recipe, the device automatically loads the correct recipe from the SQL database.

They run Reliance Control including the OPC UA client connected to the PLC. According to a recipe, the operator sets up the relevant parts, uses the appropriate tools (e.g., the screwdriver and DMC reader), or loads batches of boxes of parts.


On station 1, the operator also sets up a product's basic frame and removes the finished product from the line. After finishing the product, a production data record is generated into the report that contains information on manufactured pieces.

This station runs Reliance Control including the OPC UA client connected to the PLC. The assembled product is tested here for the presence of all components and undergoes a functional test.


The application of recipes in the Reliance SCADA system and PLC allows the customer to freely change the sequences of production steps and their configuration. Each line activity is represented by a "tool" that has several adjustable parameters. This enables, for example, selecting in which step the tool called screwdriver should be used and how many screws should be screwed in.


Production data is automatically sent via an OPC UA server running on the PLC. The server's visualization periodically checks whether there is an unsent record in the SQL database of manufactured pieces. If so, the record is passed to the PLC data block and a new-data flag is set. Then, the master system takes this data from the PLC and sets the response flag. This allows information about manufactured pieces to be buffered in the production line and to be sent when the master system is ready to receive it. 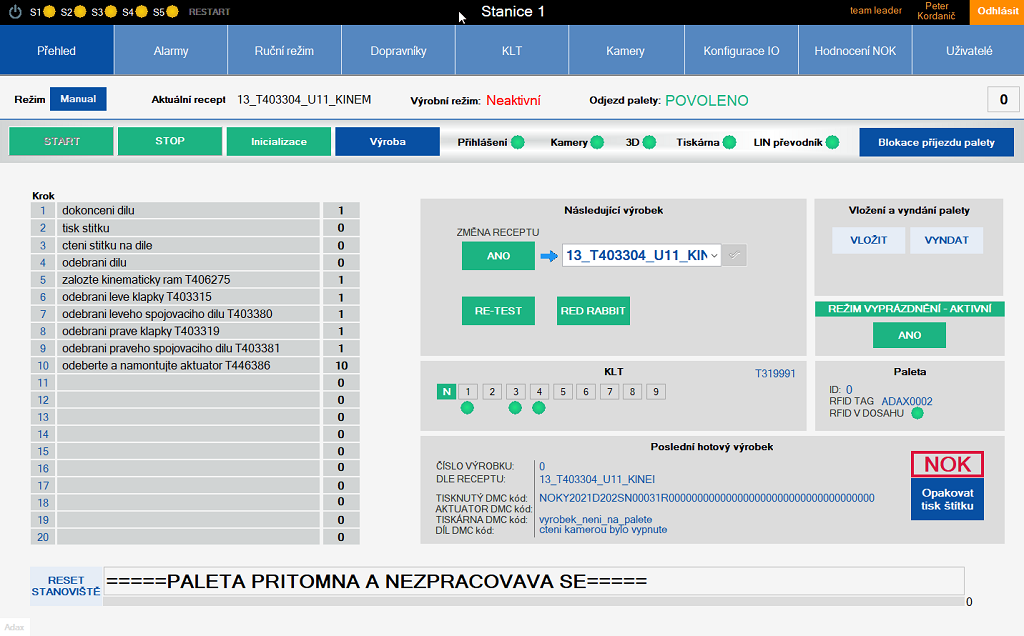 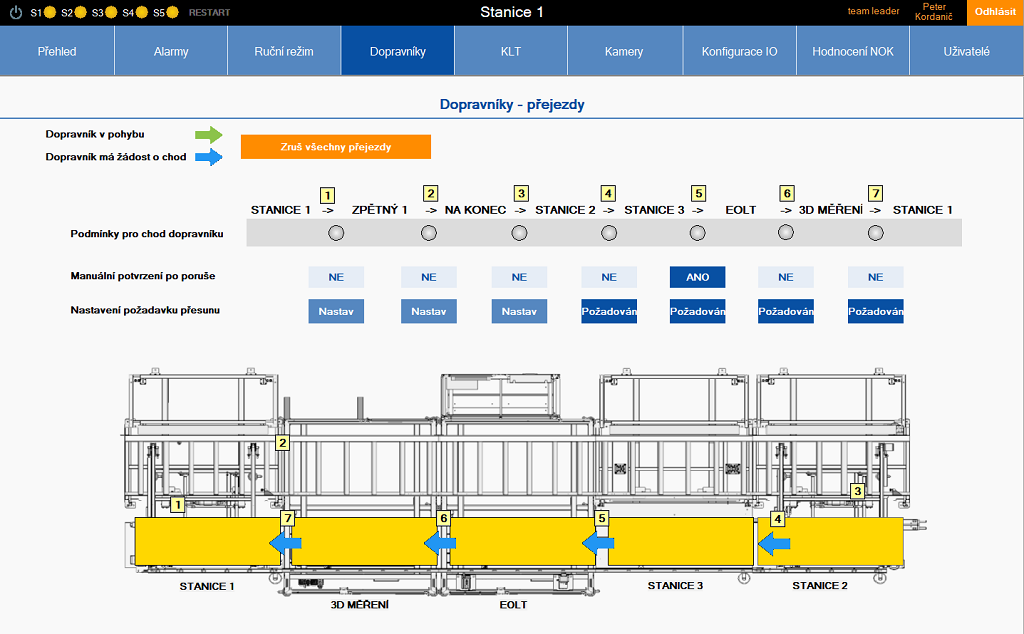 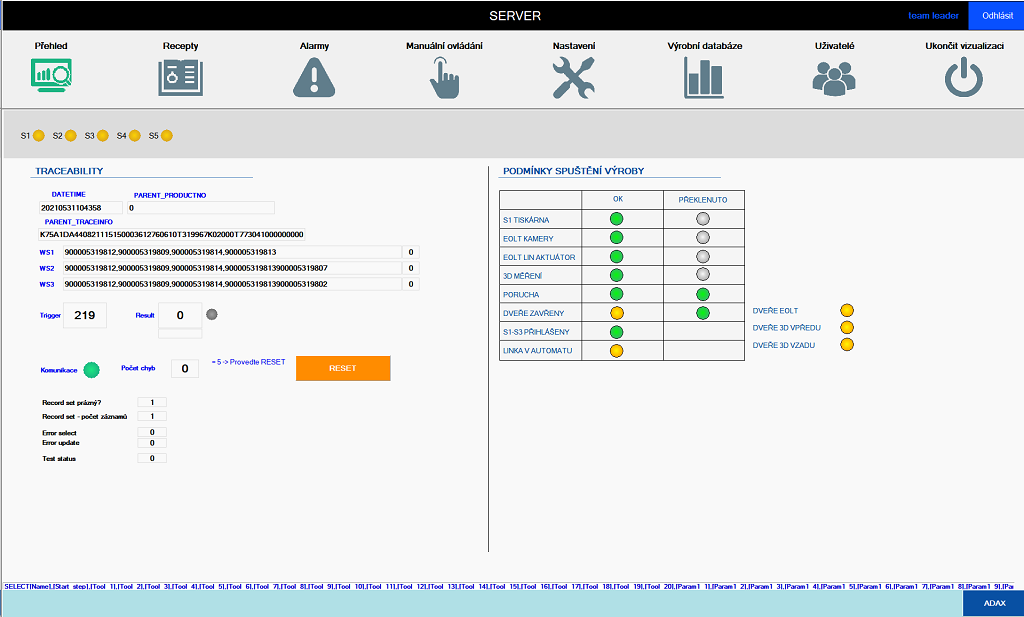 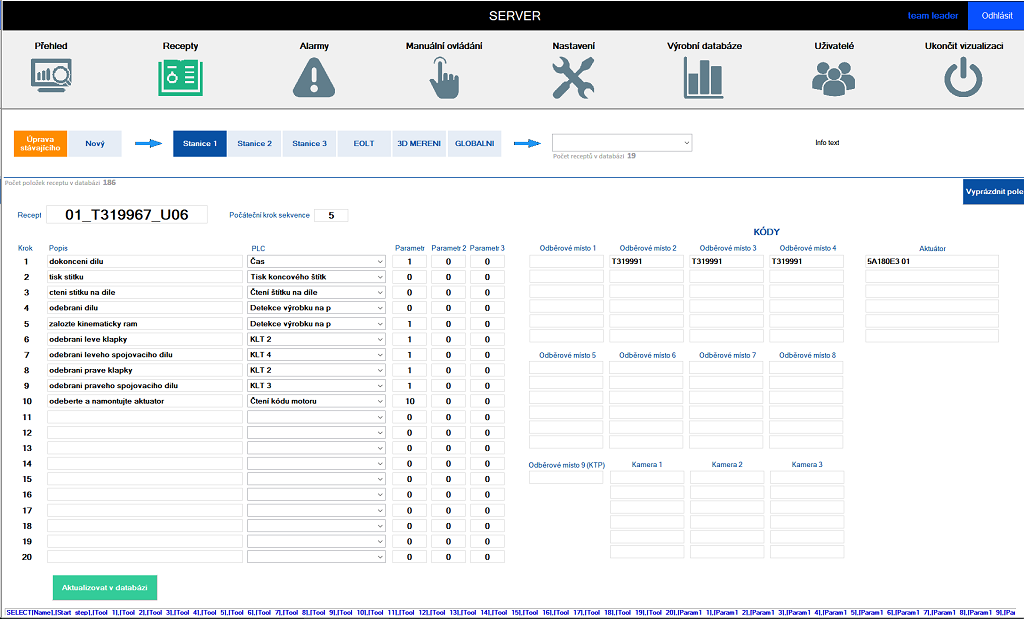 Visualization of the line server – recipes 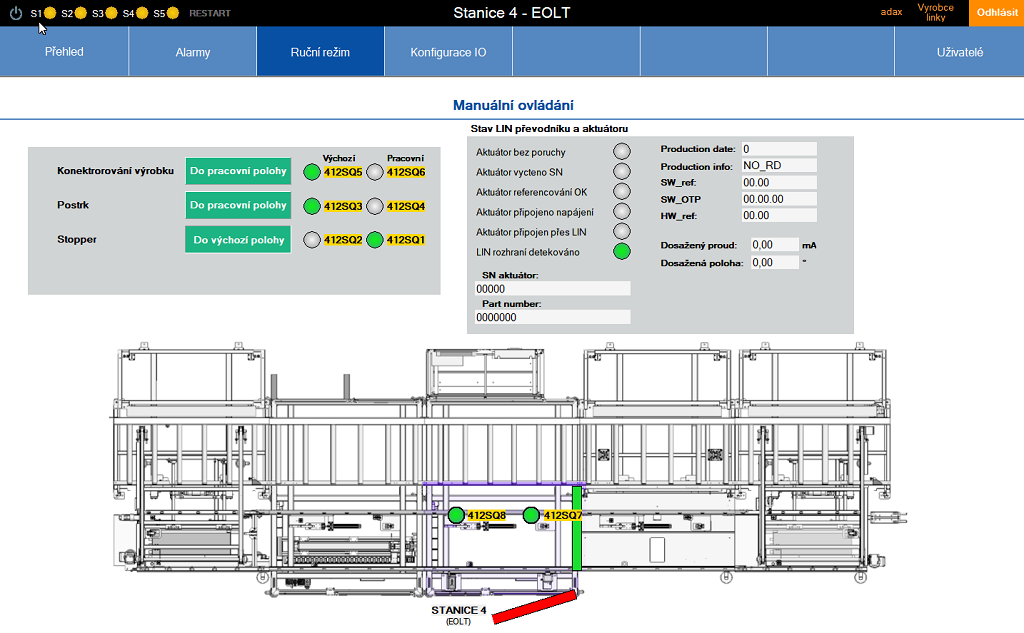 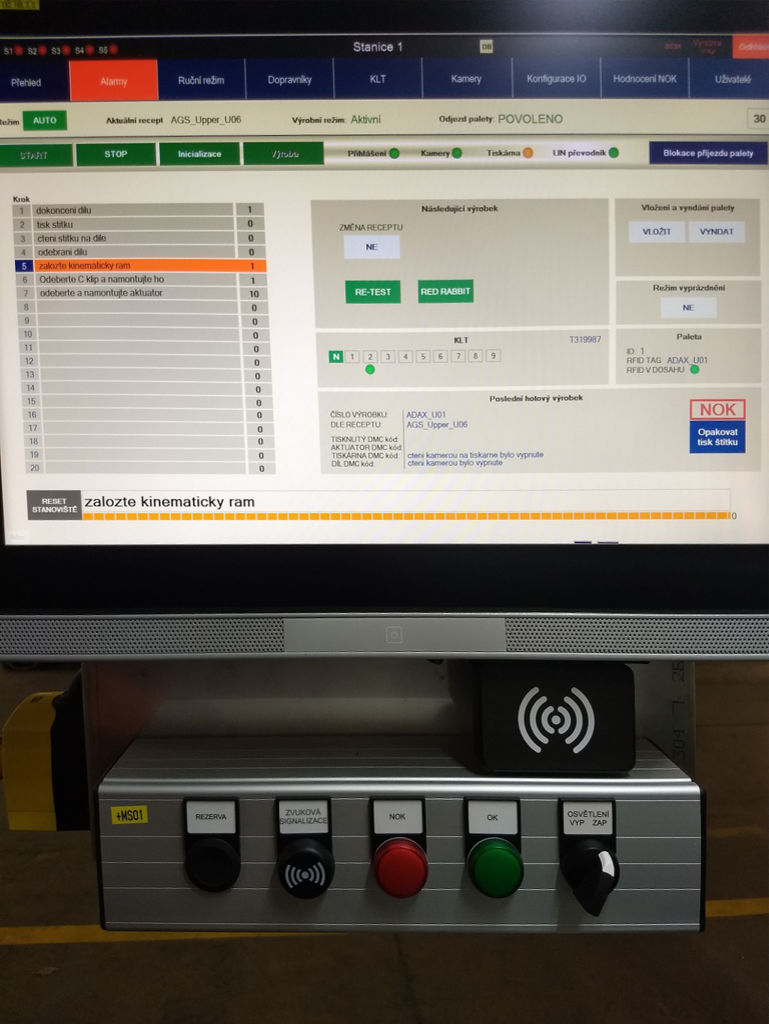 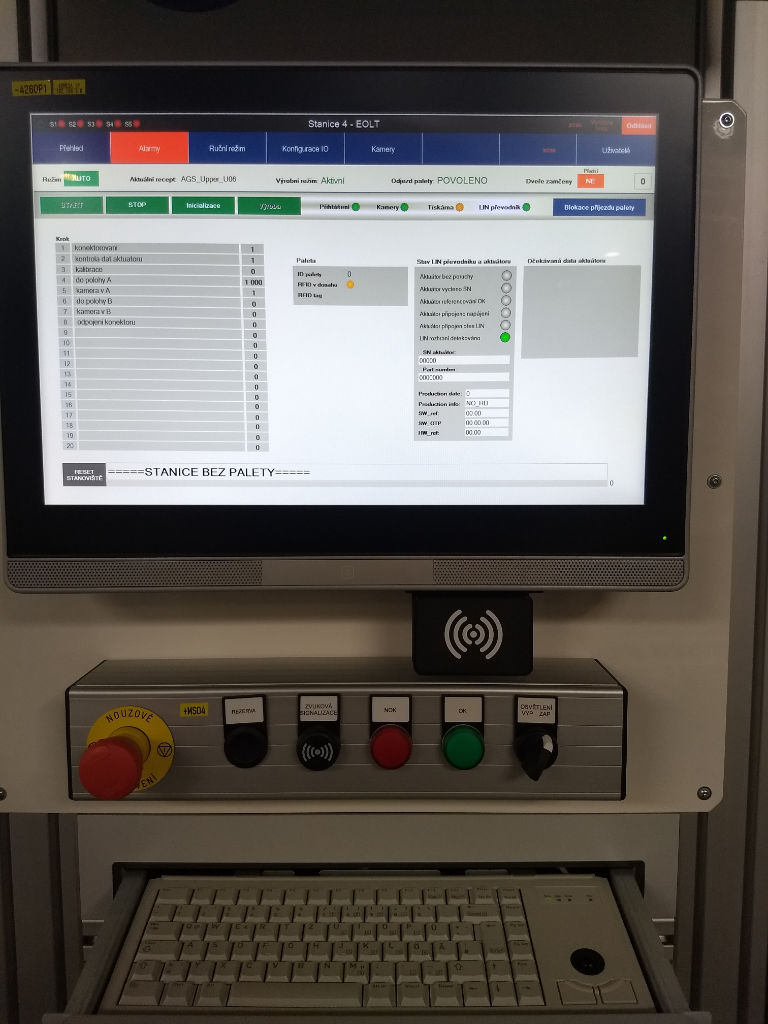 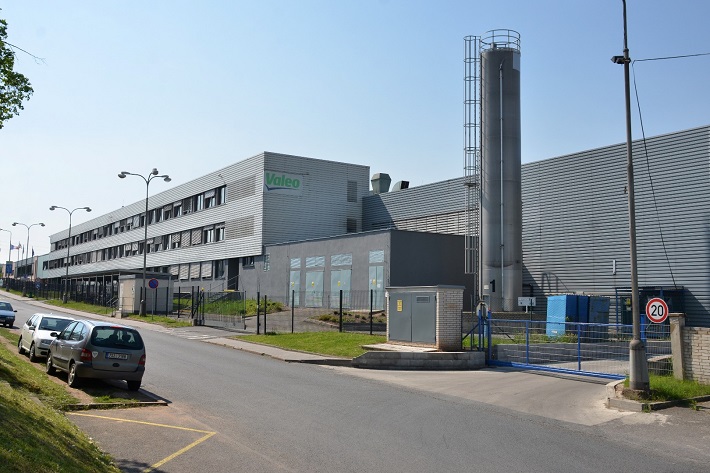