Navigation: Success stories > HVAC Systems > Visualization and control of the HVAC system at Smiths Medical's manufacturing facility in the town of Hranice

Smiths Medical is a leading global designer, manufacturer, and distributor of precision medical equipment. Since July 2013, the company has been operating at a new, 6,700m² manufacturing facility at CTPark Hranice in northern Moravia.


This facility is the first manufacturing base for Smiths Medical in Central and Eastern Europe. It will create about 300 new jobs.


In 2013, the EV COMP company was approached to implement a system for the control and visualization of HVAC processes. The emphasis was on providing the clean manufacturing facility with precision parameters (temperature, pressure, humidity).


The tender was won by Teco whose Tecomat Foxtrot was selected to be used as the control system. In addition, the GEOVAP company was involved in the project by providing hardware for the control system and creating the visualization project.

The control system is installed in 11 control cabinets located on the facility's mezzanine floor. It is used for the monitoring and control of:


All data from the control system is passed to the operator's PC equipped with Reliance 4 Control Server. Using visualization screens, the Reliance SCADA/HMI system allows the operator to monitor individual processes and alarm reports, set parameters, use trends and reports to view historical data. The visualization project can also be accessed via Reliance 4 Web Client. This module allows the facility custodian, CTPark's operators, and Smiths Medical's management in Great Britain to supervise the visualization project over the Internet. 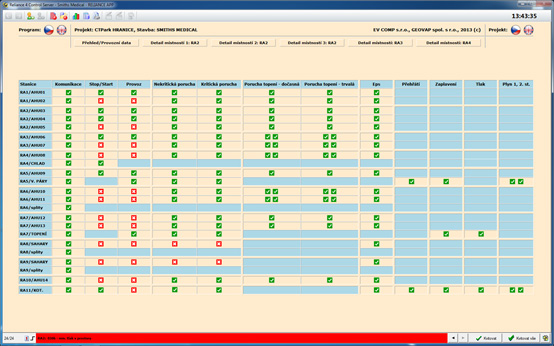 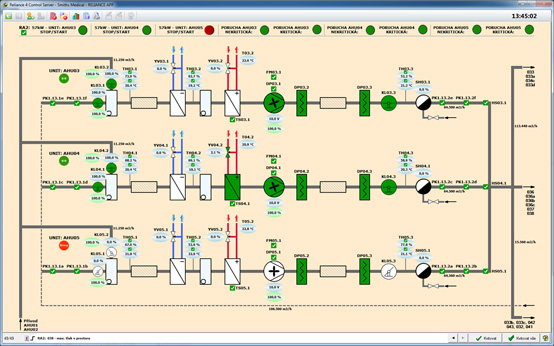 Visualization of the main air-conditioning units 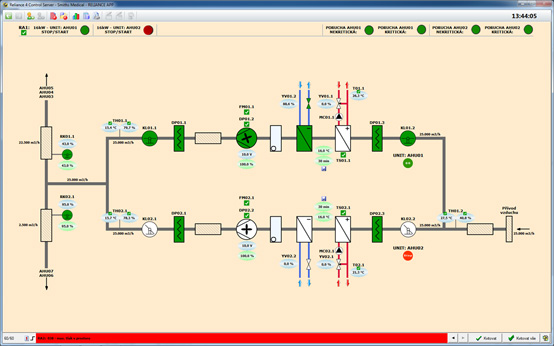 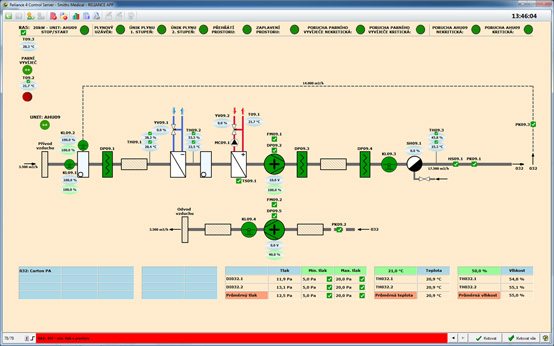 Visualization of an indoor air-conditioning unit 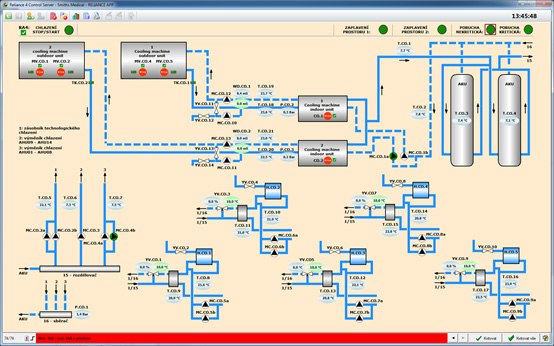 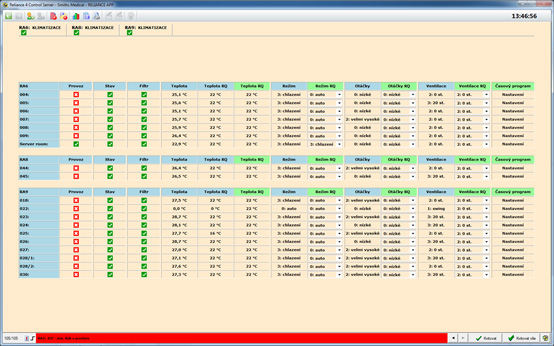 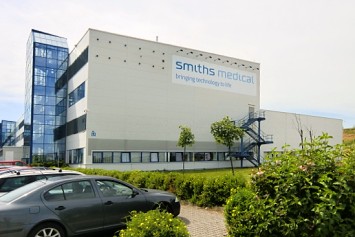