Navigation: Success stories > HVAC Systems > Visualization and control of air-conditioning units at the TPCA plant in the town of Kolin


The largest Japanese manufacturer Toyota is an actual automobile giant that combines the Toyota, Lexus, Daihatsu, and Scion brands. In 2005, their combined sales reached an incredible 6.78 million vehicles and, therefore, placed Toyota as the second largest manufacturer in the world. This success was largely due to the good reputation of Toyota vehicles well known for their quality and reliability. Toyota is not only a term used among customers but also among specialists of the automobile industry.


PSA Peugeot Citroën is a significant player in the world of the automobile industry. Its force is fueled by the traditional European brands Peugeot and Citroën that are combined under the wings of one company but each have its own cover and style. In the past five years, both companies experienced a sharp rise in sales that belong to one of the highest climbs in the automobile industry.

The control of the TPCA plant's HVAC system is provided by fourteen Siemens SIMATIC S7 PLCs, which communicate with the Reliance SCADA system via Ethernet using an OPC server. The main visualization window displays an overview of the entire HVAC system along with all the controllers. When clicking on the symbol of a PLC in the main visualization window, a new window is opened displaying the state (e.g., manual/automatic mode, on/off state, error) of a selected air-conditioning unit. A detailed visualization window is also available for each air-conditioning unit. It displays all monitored values and links to trends, reports, and related alarms. 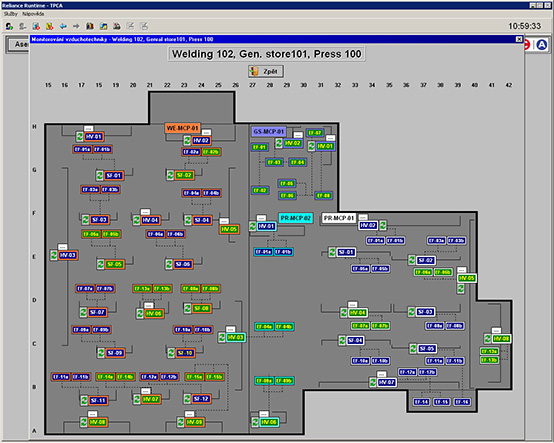 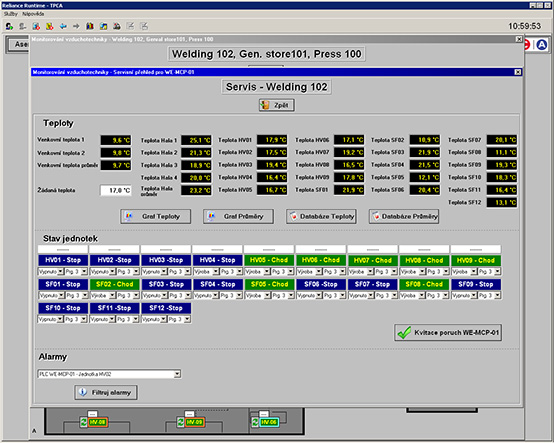 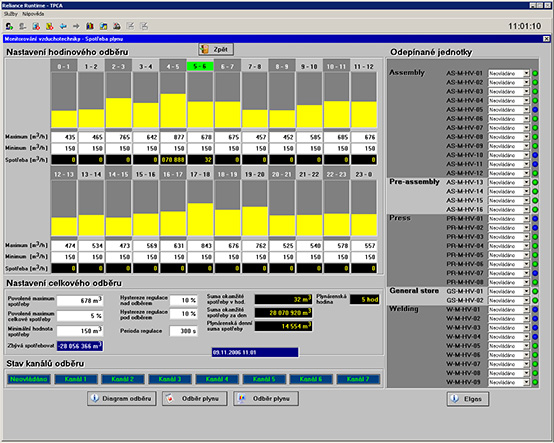 Monitoring and control of gas consumption 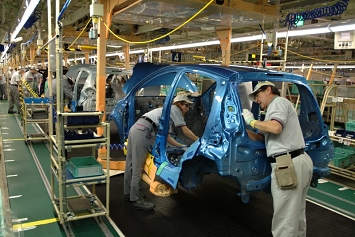