The Aeration Control Australia company, a subsidiary of GEOVAP distributor Industrial Automation, is helping farmer Peter Nixon (Moora, Western Australia) keep control of his grain in storage. As part of the development of a unique control method for the cooling and drying of grain in storage, the Aeration Manager from Aeration Control Australia provides farmers with the means to control the activation of fans to either dry or cool the grain they have stored in their silos.


This requires the farmer to enter the condition of the grain when filling the silo (temperature, moisture, and oil content) and then set a target setpoint for the end product.


And while the product will look after the grain without input from the farmer, it is still good to know what the grain condition is in each silo. In particular for farmers with multiple silo location, this could involve lengthy travel times.


The creation of a SCADA interface using Reliance 4 by GEOVAP has now made the silo data available on the Internet using the server at Industrial Automation that allows farmers to enter their password and user name and then get full access to their controller. 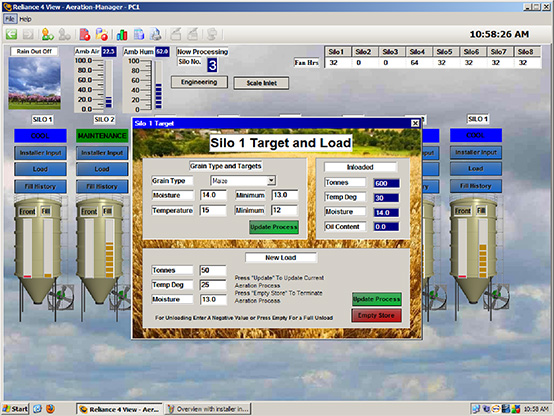 Visualization of the aeration process in the grain storage silos 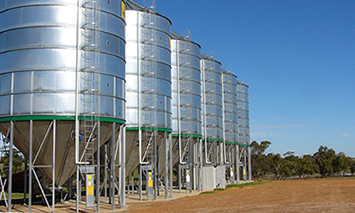 Title
Control and visualization of silos used for grain storage