Visualization and control of the Hotel International Brno

The four-star Hotel International Brno has been under restoration since 2010. The restoration work is divided into several stages, most of which have already been completed (by spring 2015).


The hotel rooms have been refurbished with the emphasis on energy savings while maintaining the high standard of the hotel. This triggered a need for the integration of FIDELIO, a hotel reservation system, into the measurement and control system. Thus, vacant rooms can be switched into the economical mode or, based on reservations, prepared for guests prior to their arrival.


For maximum reliability, the operator's room is based on the server–client architecture. In the server room, there is a server where all monitored processes are concentrated and a workstation is available to the operating staff.


In case of urgent needs, the hotel operator can monitor the processes using a Web interface from both the intranet and the Internet.

The following systems are controlled and monitored 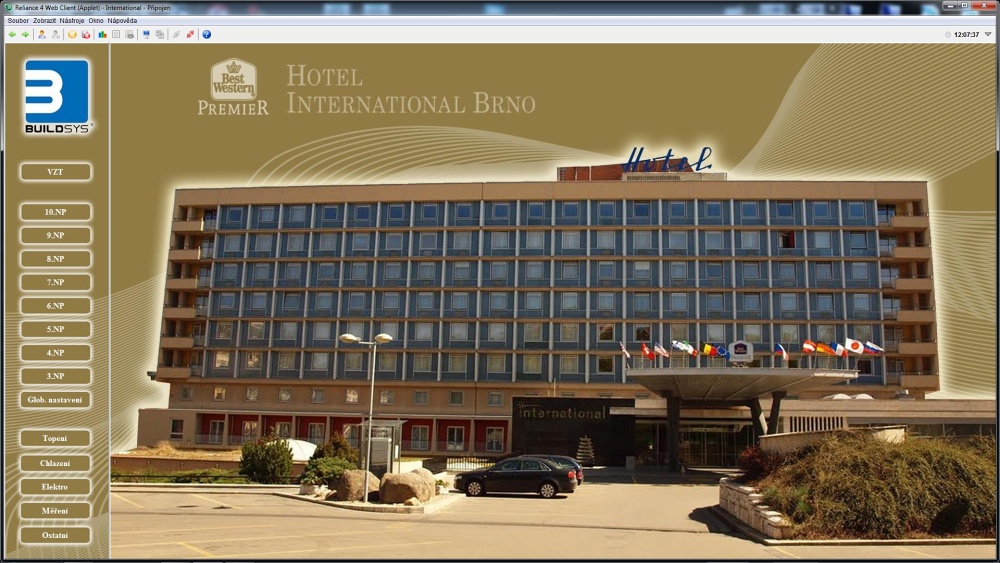 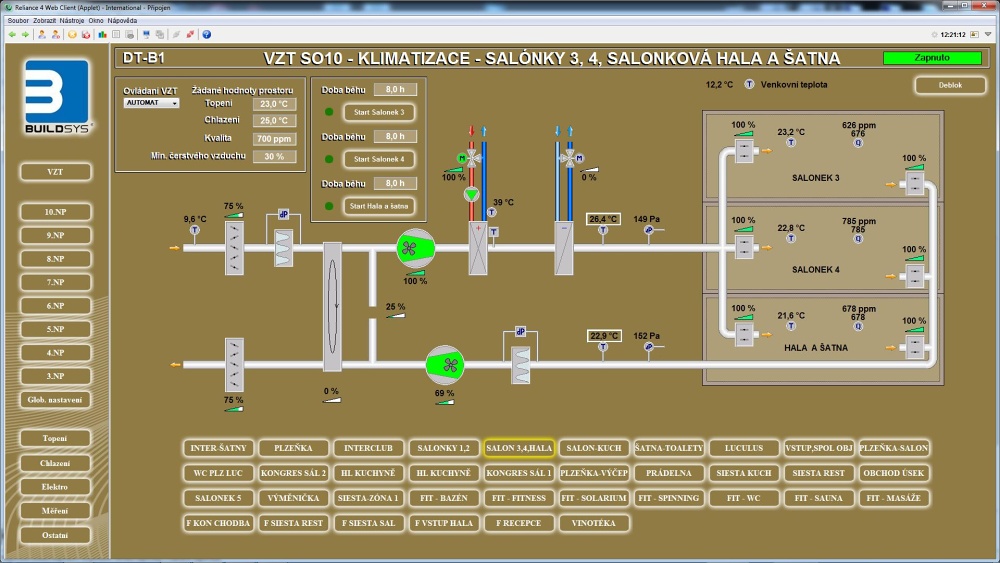 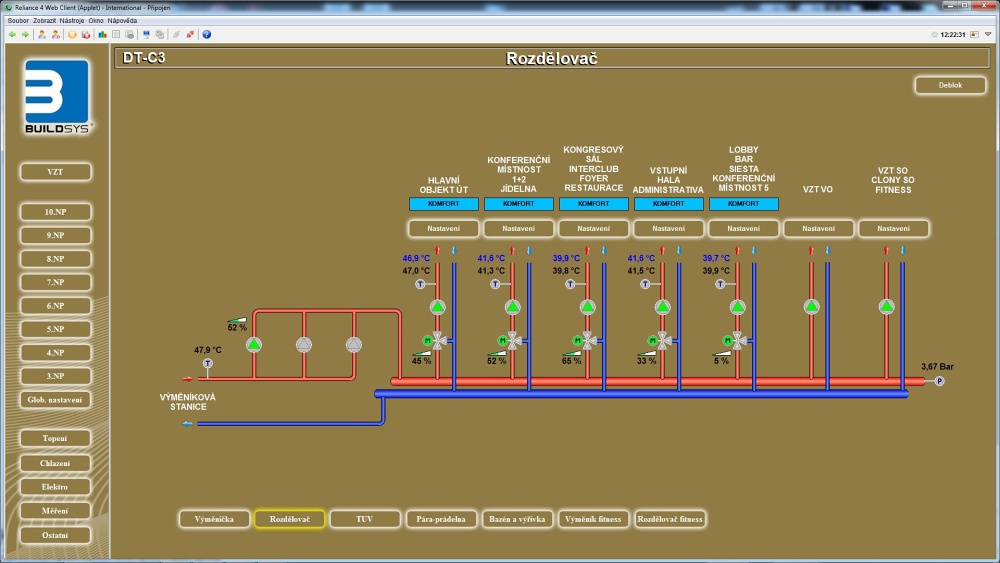 Visualization of the distributor 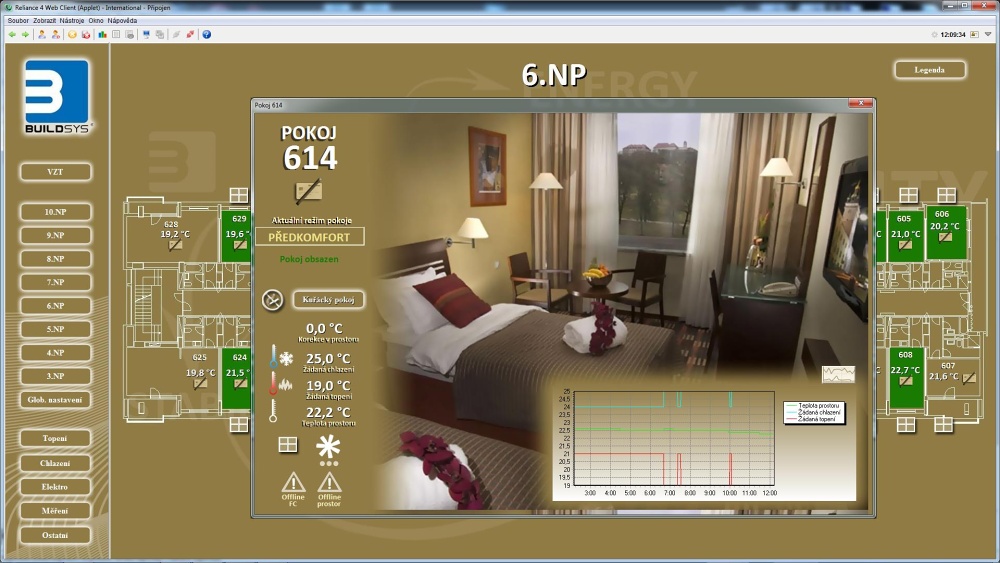 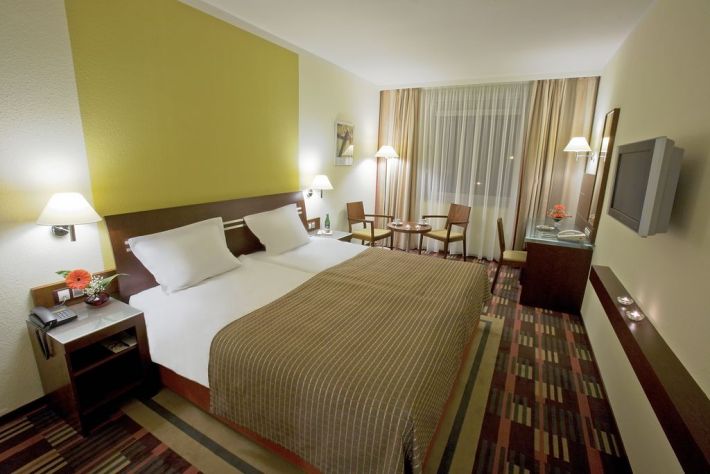 Title
Visualization and control of the Hotel International Brno