Navigation: News of 2020 > Reliance Success Story Awards 2019 have been presented

After the publication of the results of the ninth annual Reliance Success Story Awards competition, the authors of the winning installations were invited to GEOVAP's headquarters in Pardubice to receive their well-deserved prizes.

The first-place prize, a Reliance Design Enterprise license with an unlimited number of data points, was won by the MARTIA company for the installation titled Visualization and control of the central heat distribution system in north-western Bohemia. 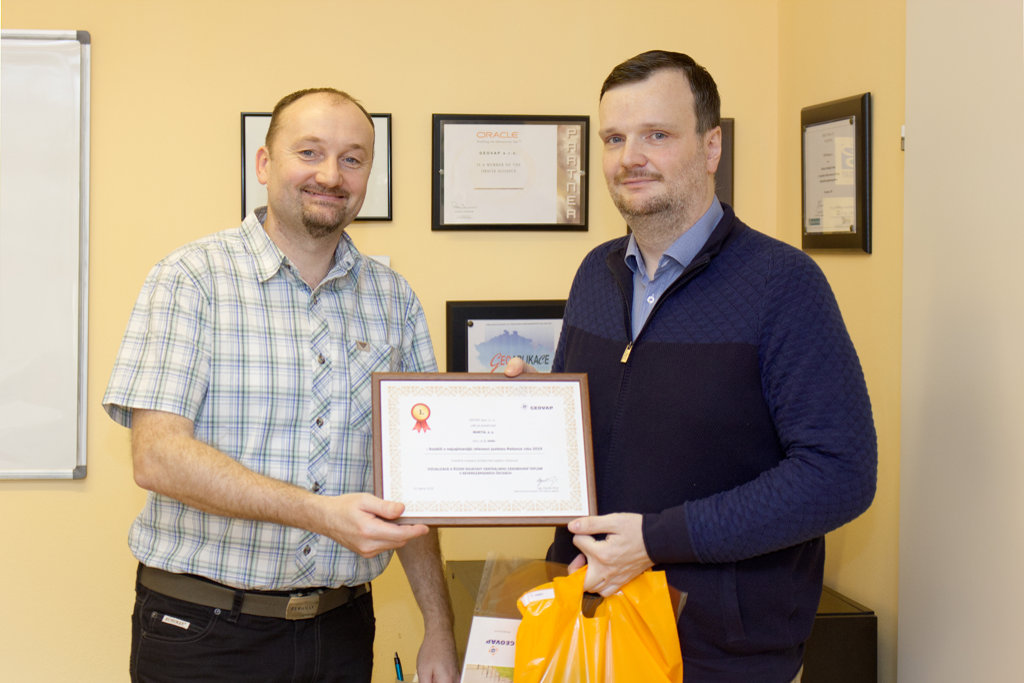 Mr. Vosmik (right) of MARTIA with his first-place prize

The prize for second place (Reliance Design Enterprise with 8,000 data points) went to the JS stavby company and Mr. Hromek (project user). They received the prize for the application titled Visualization and control of the gas boiler room at Vitana Varnsdorf. 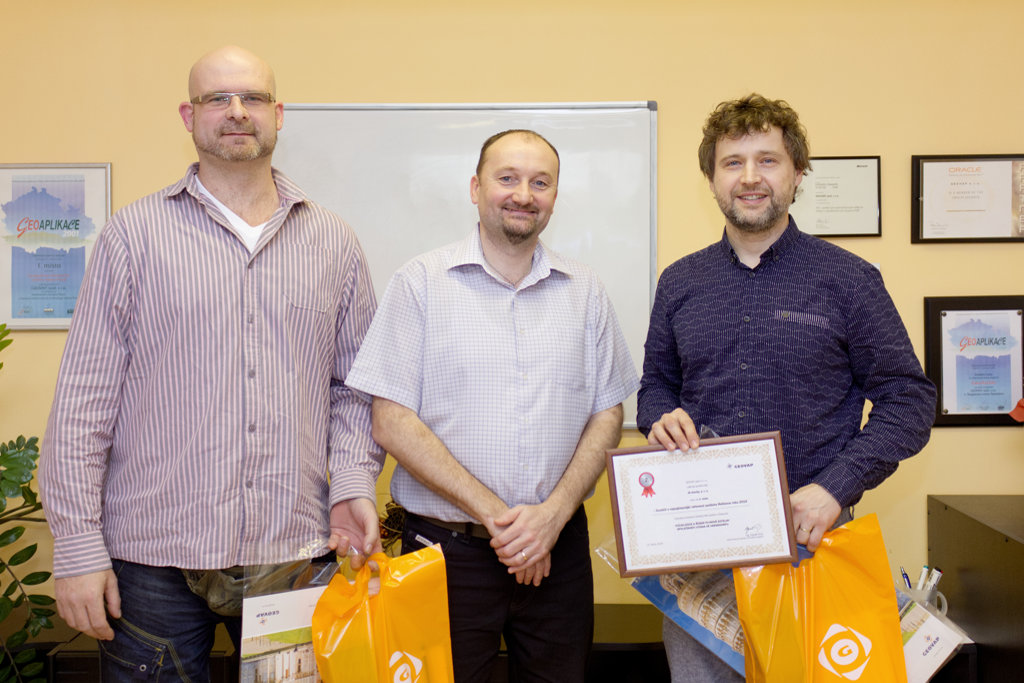 Third place was shared by two success stories – Visualization and control of the process of resistance welding cooling at Honeywell Aerospace Olomouc (Jan Tandler) and Visualization and control of the heating system at the Moravian-Silesian Region Office in the city of Ostrava (AEF Acimex Electronics Fulnek). The prize (Reliance Design Enterprise with 5,000 data points) could only be handed over to the author of the former installation. The author of the latter success story received the prize in another way. 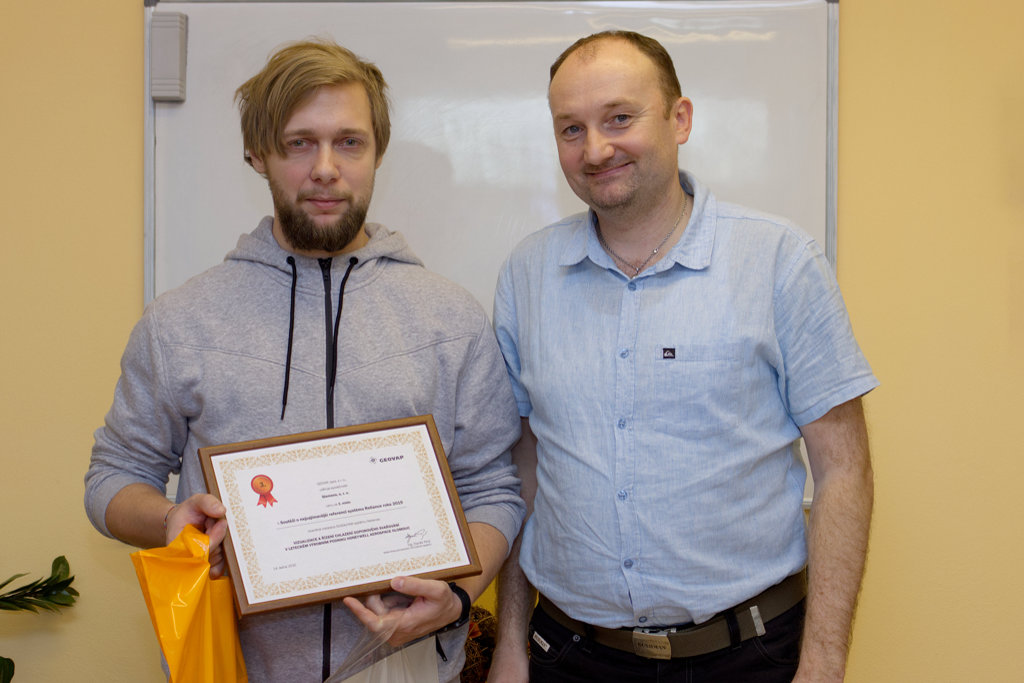 
Once again, congratulations to all the winners! We are already looking forward to the next edition of the Reliance Success Story Awards.