When working with large monitoring and control systems, you may have encountered a situation wherein multiple LAN/WAN-interconnected control PCs are simultaneously operated and it is necessary to update the visualization project on all of these computers at the same time. How can this be solved if there is a considerable distance between the control PCs? Updating the project on every single computer is lengthy and exhausting. In this case, it is worth using Reliance Remote Control Center.


Reliance Remote Control Center (Reliance RCC) is a program designed for the remote control of Reliance's runtime software through a TCP/IP-based computer network. It allows establishing communication with the runtime software running on remote computers from one computer and, subsequently, performing the following operations:

The program also allows you to display the progress of these operations for each of the computers.

The program is designed for managing visualization projects running on multiple computers. In such cases, it is required that the project versions on individual computers be identical. The projects can be synchronized by using Reliance RCC in combination with activating the Automatically update project option (Reliance Design > Project Structure Manager > computer > Project Update). If the properties on the Project Update page are configured correctly, you can transfer the changes made to the project to all computers via a LAN/WAN by simply restarting the project from Reliance RCC. 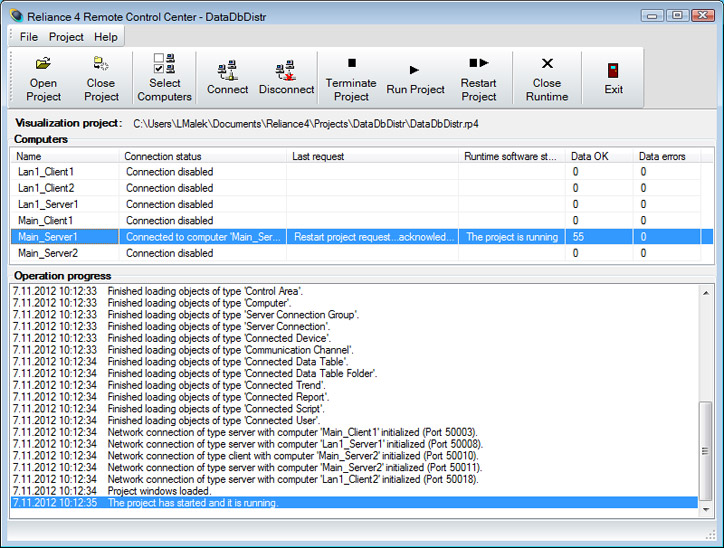 
Reliance Remote Control Center is a standard part of the Reliance 4 installation. 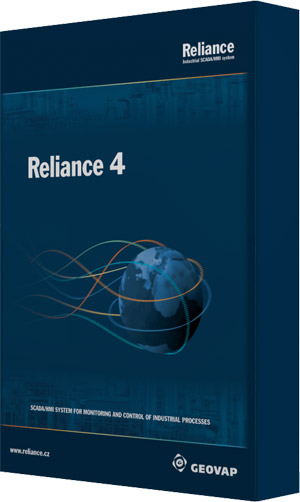