The previous official version of the Reliance SCADA/HMI system (version 4.7.3) was released in March 2017. After 15 months, a new version is out with many new features and enhancements. As a result of the massive changes, we decided to release it as 4.8.0 instead of the planned version number 4.7.4. The major changes are summarized below.

Text replacement of properties in managers

Security requirements for information systems have been increasing lately. For control systems and SCADA applications, the criteria are very strict. Each function that increases security is therefore of very high priority when developing the Reliance system.


In version 4.8.0, the new features related to security are mainly enhancements to the individual Reliance modules:

In the new version, there are also many improvements, new features and possibilities that allow configuring a project's settings so that the demanding security requirements of end users can be met:

Note: In the new version, there are a large number of other changes that increase the level of security. To maintain the protection of existing applications, we can't disclose details.


Important: In connection with the above-mentioned changes, we also had to change the format of some project files. When opening a project created or changed with an older version of Reliance, the user is prompted to convert the project to a newer version. You have to realize that you won't be able to open the project in older versions of Reliance after it is converted. For this reason, you should back up the project before the conversion.


We strongly recommend that you upgrade your existing projects to version 4.8.0!

There have been a number of Reliance installations for complex and critical applications in recent years. These applications are often extreme in many ways:

During the development of version 4.8.0, we focused on optimizing the performance of Reliance's modules for complex applications. This includes:

In addition to the runtime software, communication drivers, and thin clients, the performance of Reliance Design has also been improved. We have significantly accelerated exporting a project for remote users and performing project diagnostics. The reliability and accessibility of applications is a matter of course. Beginning with version 4.8.0, there is a separate process monitoring the runtime software. This process responds to any issues detected in the runtime software.


If you have a complex project created with an older version of Reliance, upgrade to version 4.8.0. You will know right away that the performance and reliability of your application are better.

OPC Unified Architecture (OPC UA) is a communication protocol for industrial automation developed by the OPC Foundation. Recently, this standard has become increasingly widespread. It is much more advanced compared to its predecessor, OPC. Suppliers of OPC servers are gradually leaving traditional OPC for OPC UA. From the point of view of Reliance, OPC UA has the following advantages: 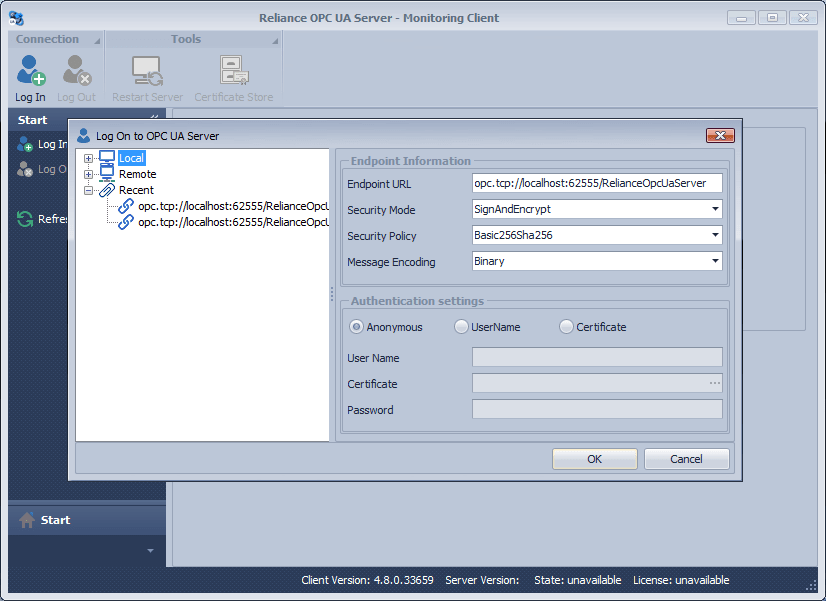 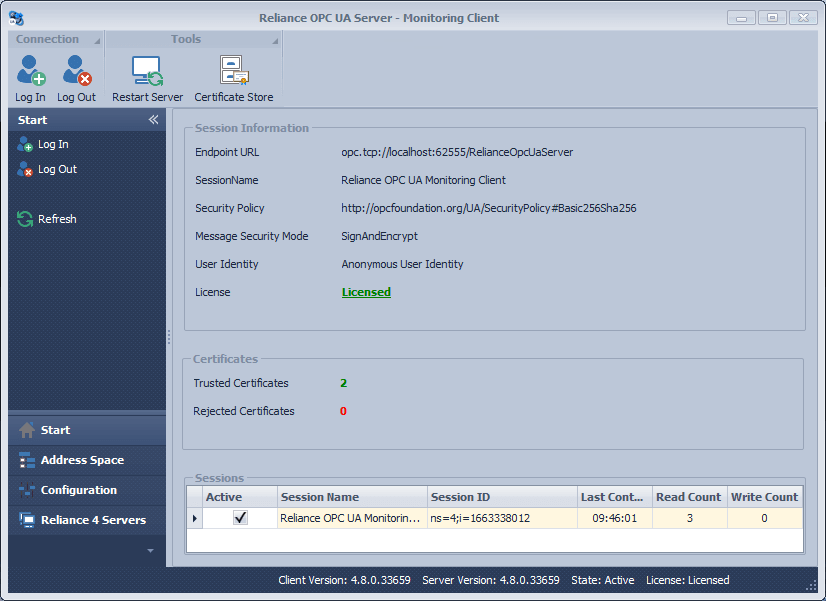 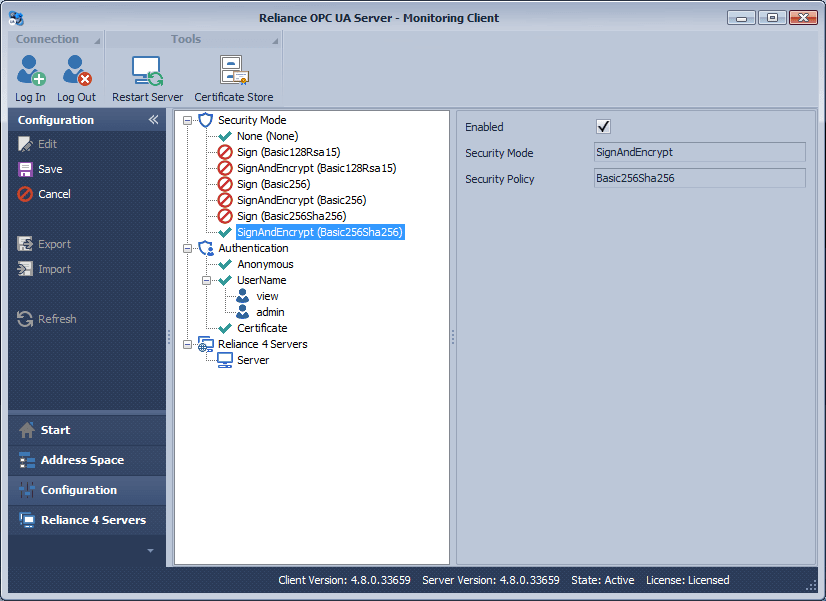 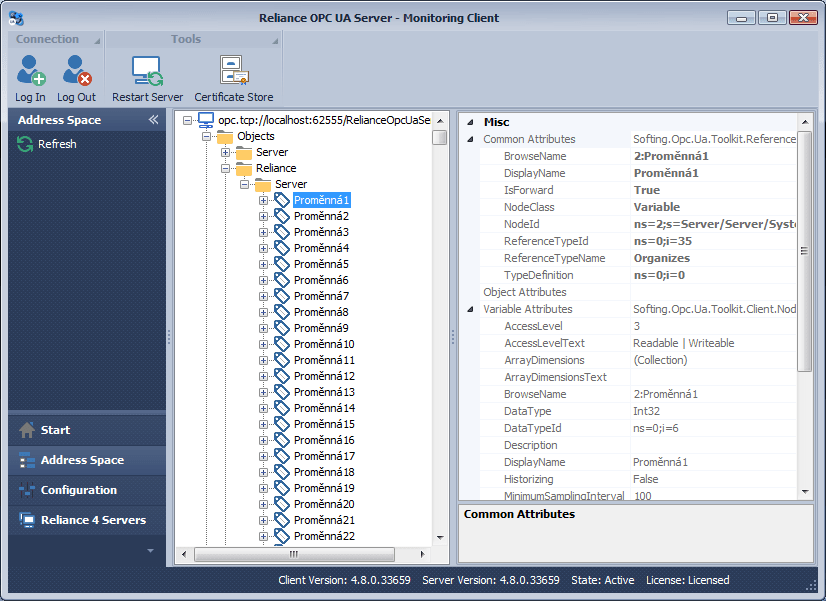 This component is a modern progress bar in the shape of a circle. It has a wide range of settings – its range can be both static and dynamic, it allows displaying limits, segments, and a color gradient. 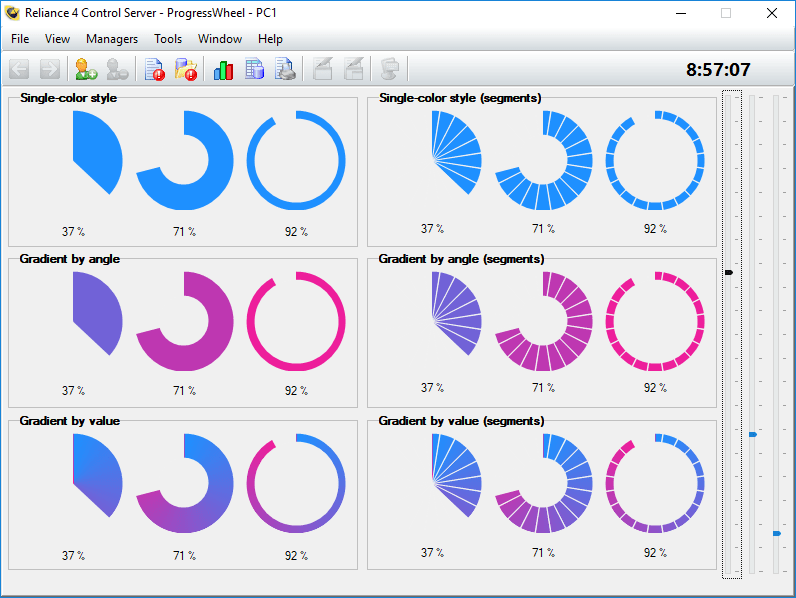 This component allows configuring the properties of a time program in Wago devices. It works with tags of type DataBlock (29 bytes). 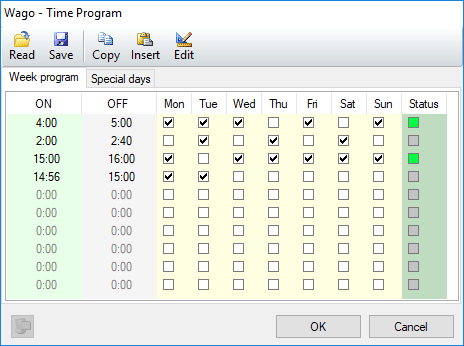 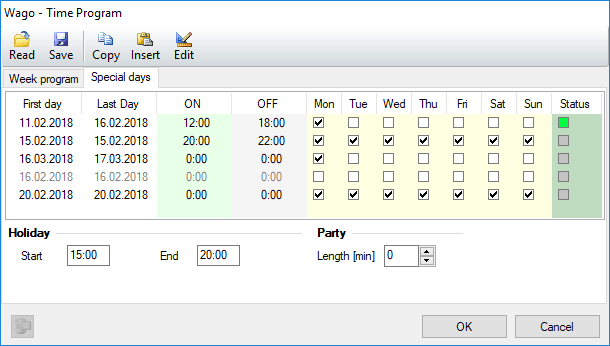 
» Axes in the Trend Manager

Until now, Reliance's historical trends have been able to display all series on a common vertical axis or to use a separate vertical axis for each series and customize it (e.g., by configuring its range or appearance). Maintaining a project that has multiple series with separate axes is very difficult. In version 4.8.0, however, this is much easier because you can create axes as separate objects. Each axis defined this way can be set as required (e.g., its range) and assigned to one or multiple series of one or multiple trends. 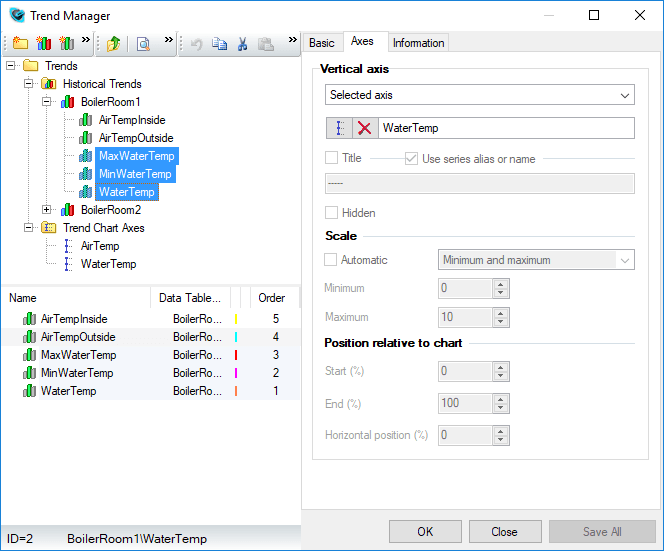 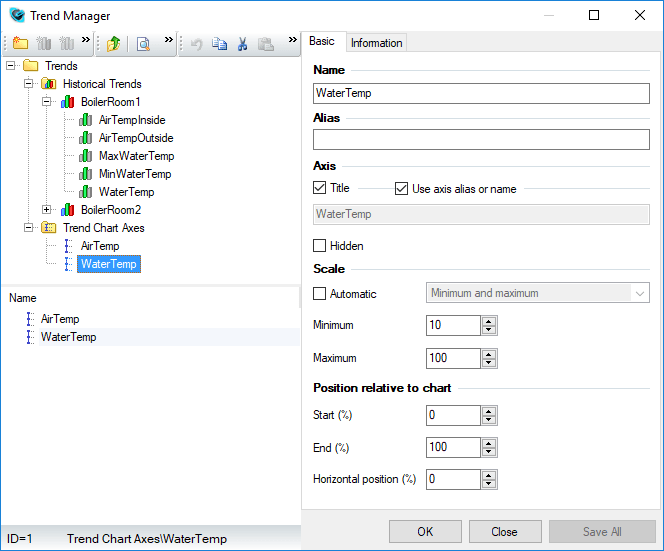 Text replacement of properties in managers

The Replace Object Properties Wizard has been part of Reliance Design since version 4.1.5. So far, though, it has only been used for replacing the properties of visualization windows and components. Beginning with version 4.8.0, you can access this handy tool from all managers of the development environment (except the String Manager). 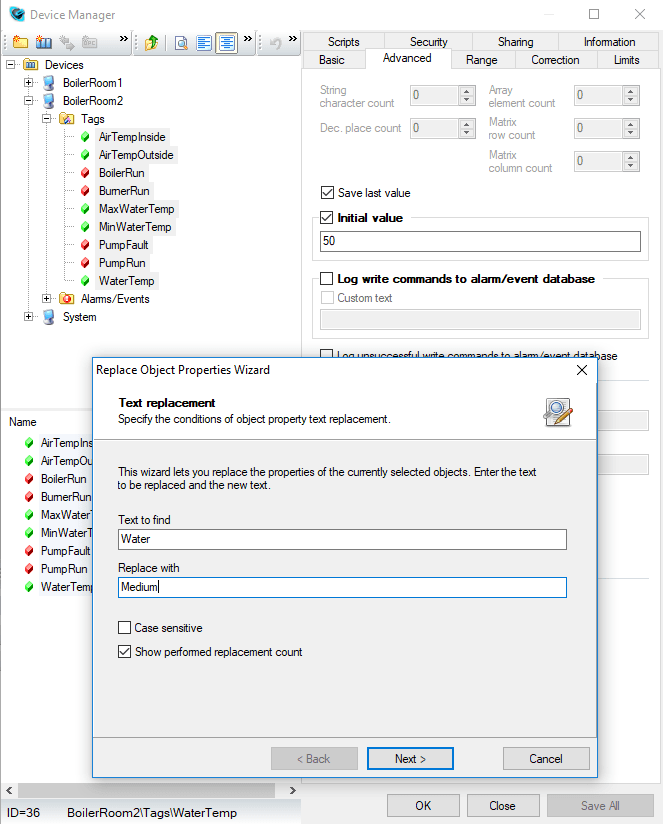 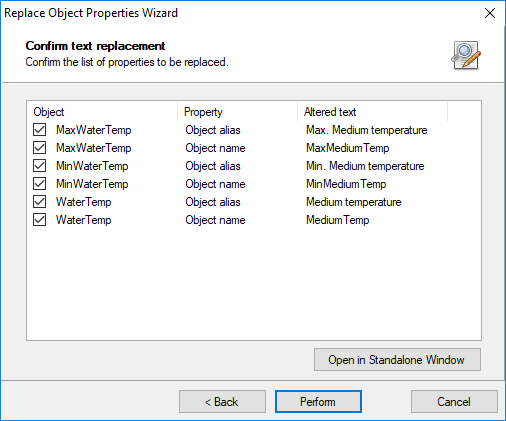 The IoT (Internet of Things) field is a dynamically growing market. It's good news that Reliance 4.8.0 can communicate with IoT devices. For this purpose, the system uses some new communication drivers. It has support for devices communicating via the LoRa, Sigfox, and MQTT standards.

The Reliance system is continuously enhanced with new communication capabilities (support for protocols and control systems). The following communication drivers have been added to version 4.8.0:

Some other new features and enhancements have already been published on Twitter, Facebook, and LinkedIn and there are more to come.