On April 4, 2014, Reliance 4.6.2 was released. Three days later, a fixed version of the OpenSSL library was officially released (a fix for Heartbleed – a severe security bug). We have therefore implemented the fixed library in the Reliance SCADA system. For security reasons, Reliance 4.6.2 Update 1 was subsequently released on April 30.


Due to a bug that appeared in several projects, Reliance 4.6.2 Update 2 was released on May 13. After a project was running for a certain period of time, the bug in the form of error messages appeared if component blinking was used and a large number of dynamically loaded windows were contained in the project.


Get acquainted with the most important new features and enhancements and take a look at the full list of changes. 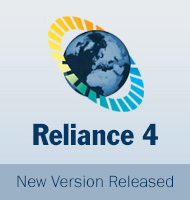