Navigation: News of 2016 > Reliance Success Story Awards 2015 have been presented

At the end of May, we were pleased to publish the Reliance Success Story Awards 2015 results. Subsequently, representatives of the winning projects were invited to the GEOVAP headquarters in Pardubice for the official presentation of the awards.

The first-place prize, a Reliance Design Enterprise license with an unlimited number of data points, went to the ZAT company. Their system for the monitoring of the railroad infrastructure's technology systems from remote locations was implemented for RIA. 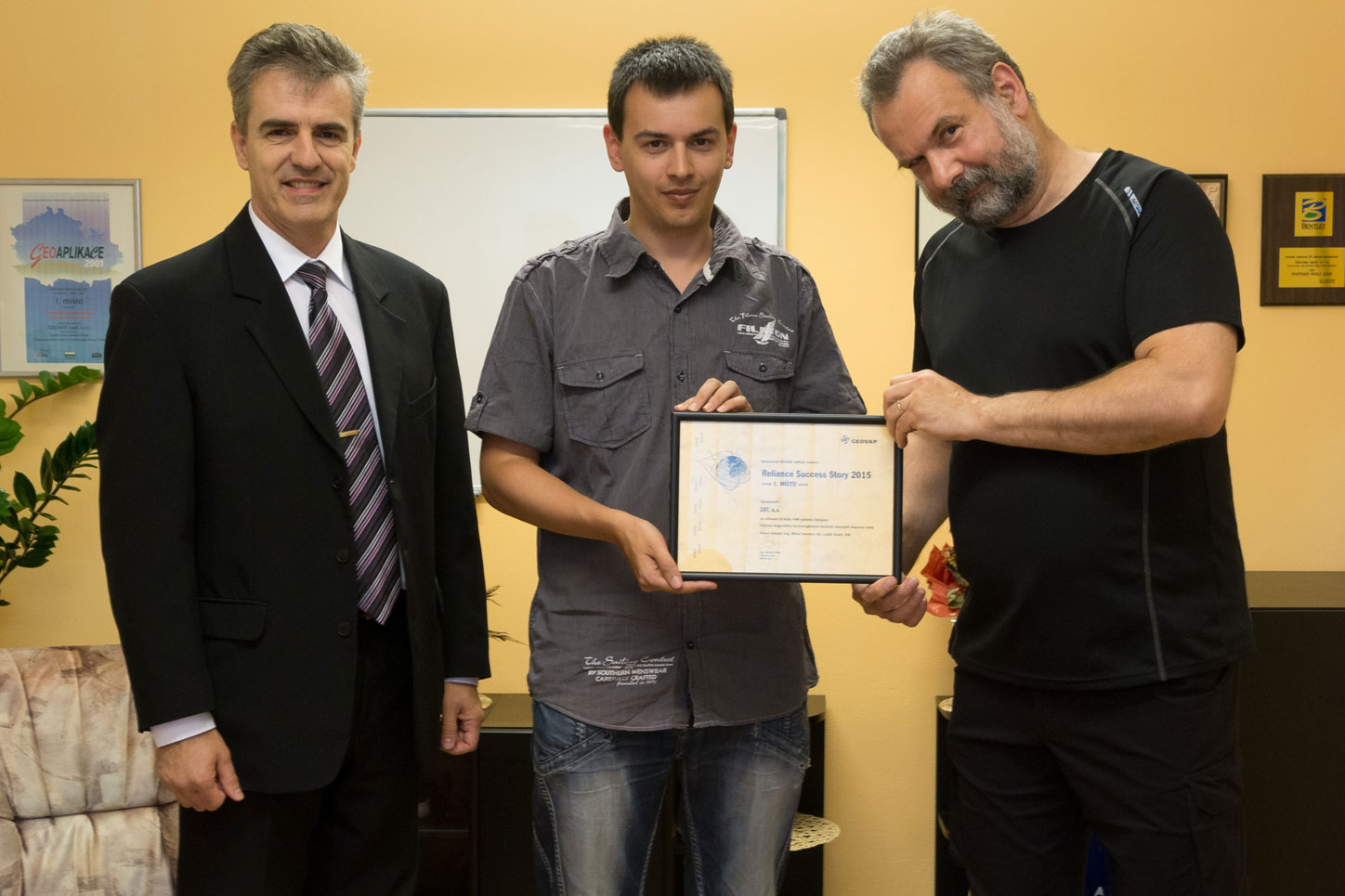 The second-place prize (Reliance Design Enterprise with 8,000 data points) was presented to representatives of BUILDSYS for their visualization and control system implemented at the manufacturing plant for the production of confectionery in the city of Opava. 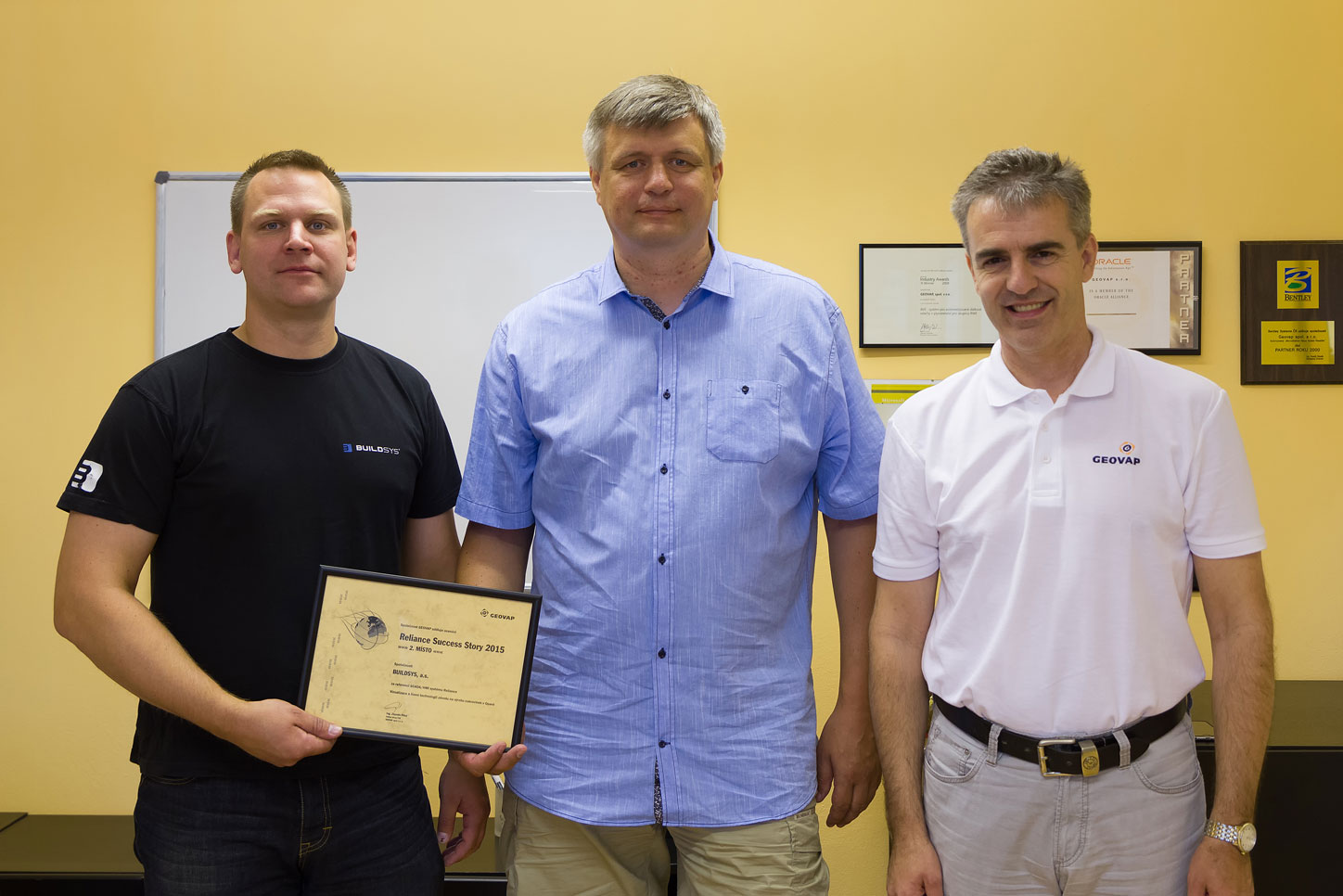 The prize for second place was presented to BUILDSYS representatives

MARTIA, a company from the city of Usti nad Labem, finished third with their very interesting Reliance SCADA installation at Klise Swimming Pool. The prize (Reliance Design Enterprise with 5,000 data points) and a certificate were handed over to Mr. Michal Vosmik. 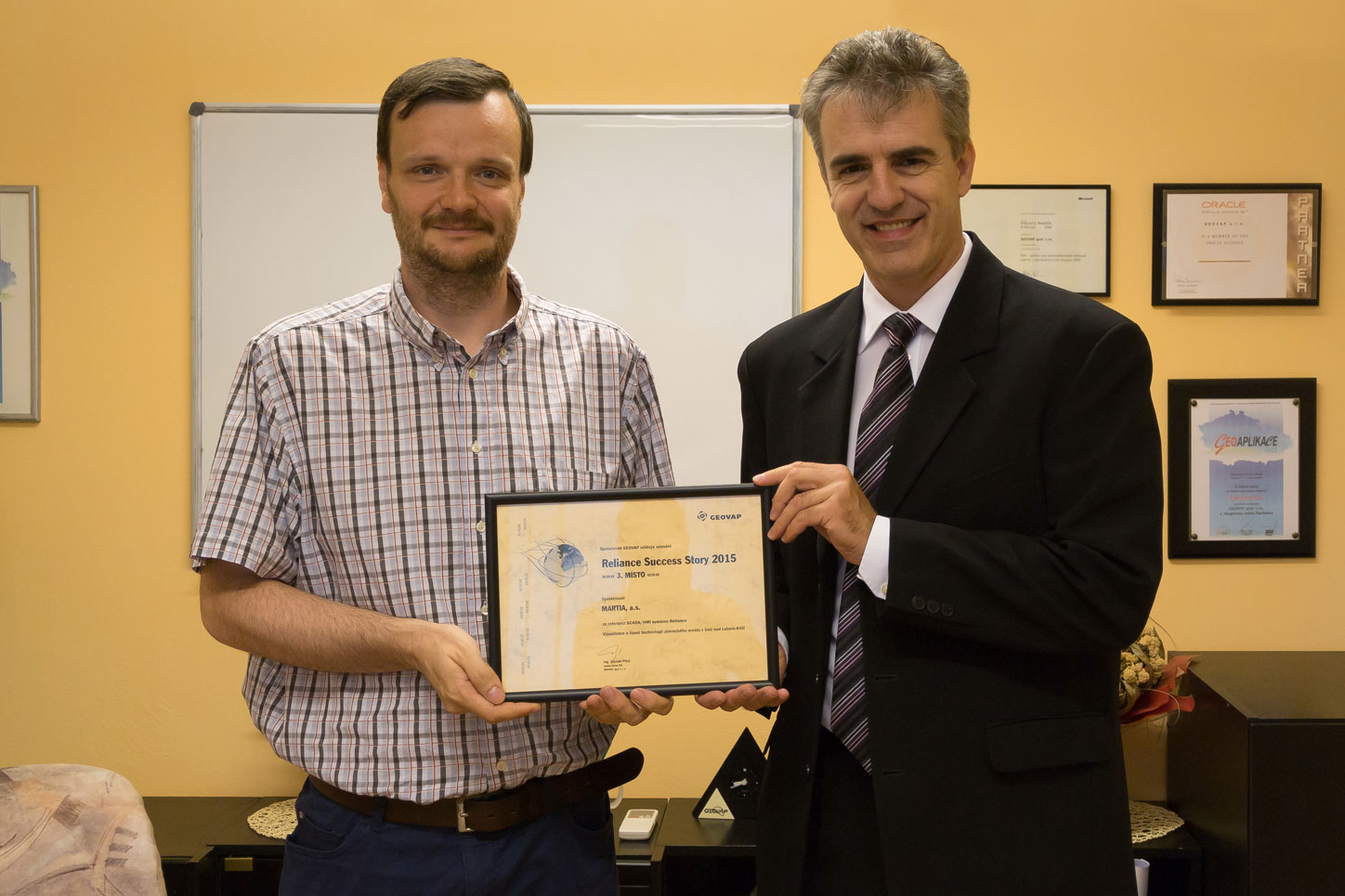