Hannover Messe 2011, the leading trade fair for industrial automation, was held from April 4 to April 8. From Deutsche Messe's viewpoint, this year's expo ended with the best outcome in 10 years especially thanks to the economic recovery, which reawakened an interest among investors dealing with industrial automation. Over 6,500 exhibitors from 65 countries came to display their technologies and solutions for more than 230,000 visitors. France was chosen to be the partner country of Hannover Messe 2011.


The exhibitors introduced more than 5,000 original innovative solutions, which exceeded all expectations.

The GEOVAP company at Hannover Messe 2011

Like in previous years, the GEOVAP company participated in the trade fair. The Reliance SCADA/HMI system was presented at our brand new Stand D24 located in Hall 9.


At several expositions, we demonstrated how Reliance can monitor and control industrial processes. However, most visitors were attracted to our stand through intelligent building and family house automation. We showed the benefits of the Reliance system in the field of building automation. During the trade fair, we made several interesting contacts with customers from countries where the Reliance system has had no dealership so far.

Snapshots taken at the trade fair 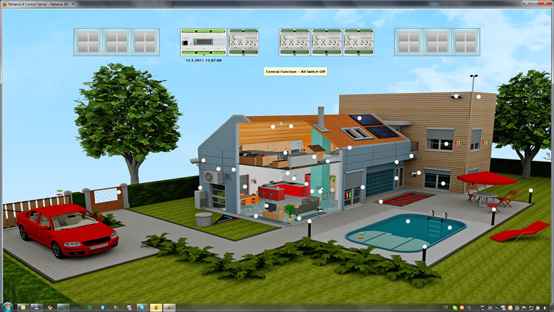 Visualization of a building automation sample project at Hannover Messe 2011 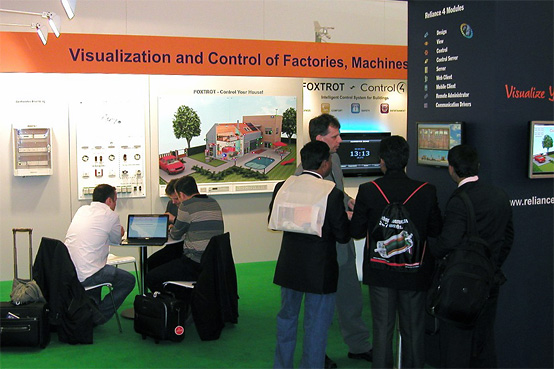 Our stand at Hannover Messe 2011 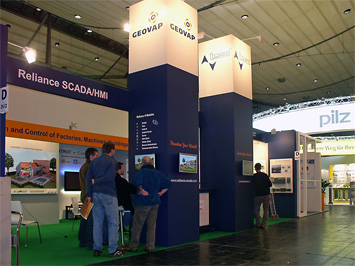