First, make sure Internet Explorer 8.0 or higher is installed on the computer on which your visualization project should be running. If you have an older version of Internet Explorer, go to the Microsoft website to upgrade it.

where R_XXX.exe represents the name of the respective runtime software's executable file and YYY is an Internet Explorer version identifier – see the following two tables:

More information can be found on this Web page. 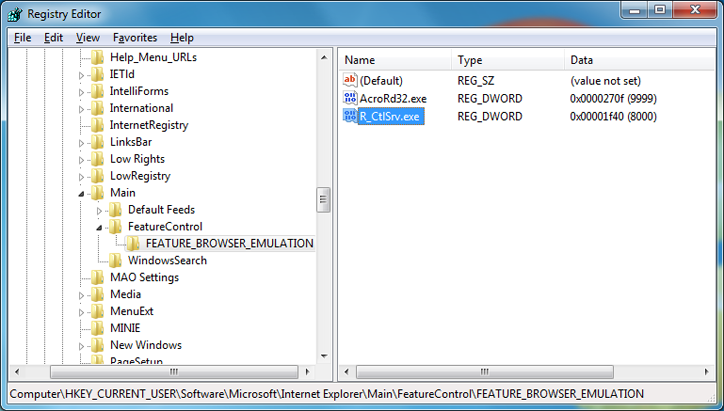 
The above settings are valid for the user currently logged on to Windows. If it is necessary to configure the settings for all users, add the following values depending on the Windows version.