How to debug Reliance scripts with an external debugger

To debug scripts, a Just-In-Time debugger is required. A very simple one is Microsoft Script Debugger, which is available to download from the Microsoft's website. If you want a more comfortable and powerful debugger, you can use Visual Studio Community, which is free of charge for non-commercial purposes. You can install both debuggers and decide which one to use just before the actual debugging. 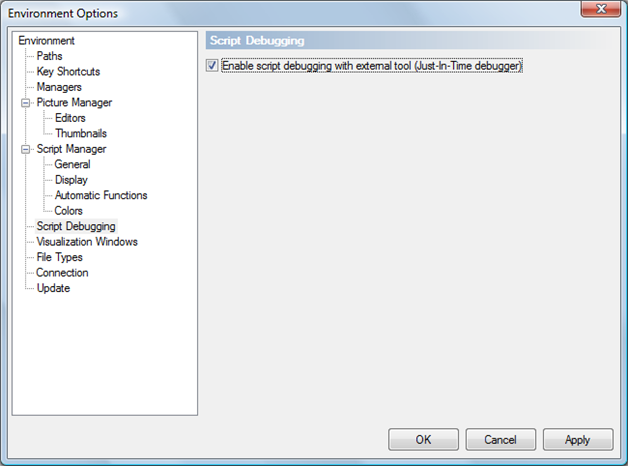 If debugging is enabled and there's a Just-In-Time debugger installed, the debugger is automatically invoked in the following cases:

Afterward, you can immediately debug the script that has invoked the debugger.

The following instructions show how to debug a script on a practical example.


1. In the Reliance Design development environment, create a new project and a new script with the following program code:

2. Place a Button component on a visualization window and link it to the above script.


4. Click the button to run the script. When the Stop statement is executed, the debugger should be invoked. If there are multiple debuggers installed on the computer, a dialog box is displayed that prompts you to choose the preferred debugger from a list. 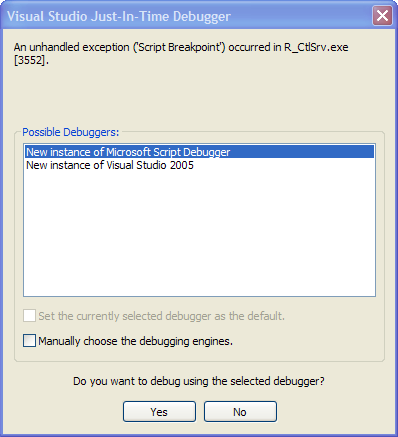 For the purpose of this example, choose Microsoft Script Debugger

5. When the debugger is launched, it automatically displays the program code of the debugged script and the line containing the Stop statement is marked with a yellow color.

6. Place the cursor on the 5th line and set a breakpoint on it using the Toggle BreakPoint command.

7. Run the interrupted script using the Run command. The execution will stop on the breakpoint line.

8. Now it is possible to examine or change the value of any variable through a command window that can be displayed by choosing the Command Window command. To examine the value of the variable nIndex, type: ? nIndex 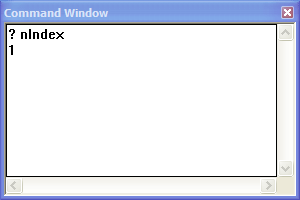 To change the value of the variable nIndex to 30, type: nIndex=30