How to use multithreaded scripting in Reliance 4

When using scripts in a Reliance project, you may have encountered the situation when processing a script took a long time. It might have been a script that performed a calculation with data stored in a database, a script that exported data from a database to another format, etc. If there was a request for running another script during the lengthy operation, the script was run only after the completion of processing the current script. If such a delay is undesirable, it is possible to take advantage of the parallel processing of scripts (this feature was introduced in Reliance 4.0.15).


The code of a script is executed by the so-called thread (thread of execution). In a Reliance 4 project, 31 predefined threads are available for script processing. 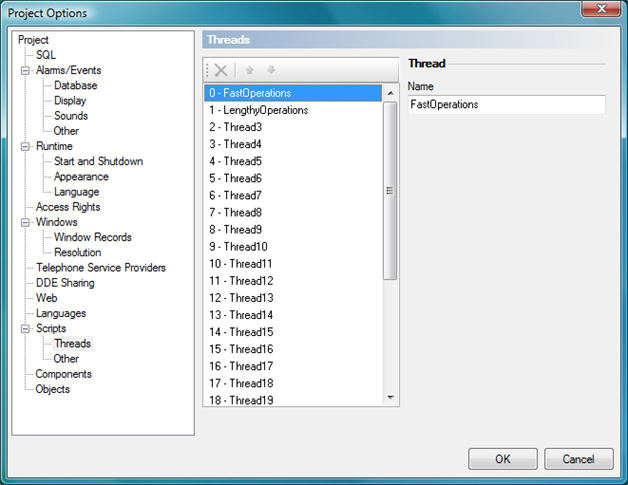 
For every script, you can select a thread to process the script. By default, all scripts in a project are processed by "Thread1". In this case, scripts are processed one after another, i.e., at most one script at a time. By dividing scripts into different threads, it is possible to achieve the parallel processing of multiple scripts. Scripts processed in different threads don't block each other. 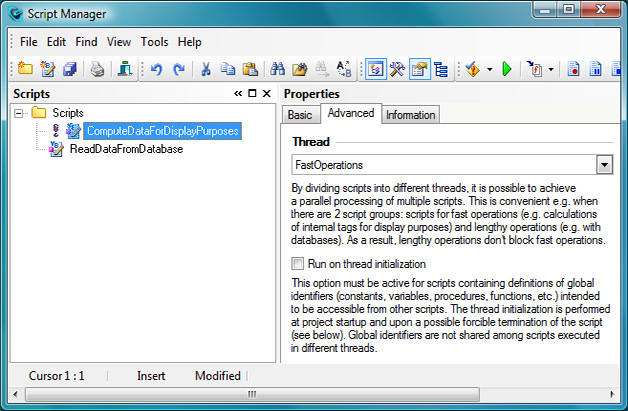 Script Manager – Selecting a thread for a script 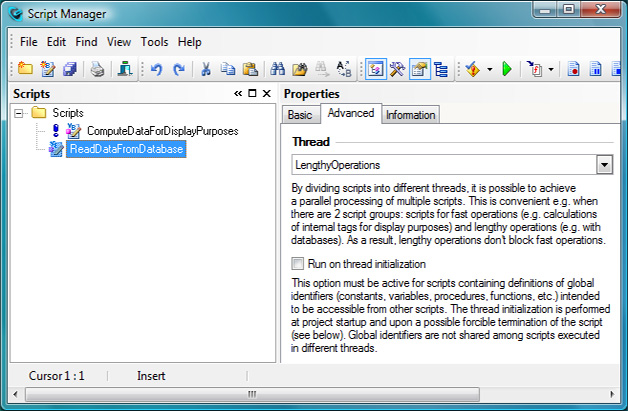 Script Manager – Selecting a thread for a script


Scripts running in different threads should not work with the same data (e.g., the same group of tags in a project). Otherwise, access to data needs to be synchronized so that multiple scripts don't read and write the same data at the same time.