The aim of this feature is to allow the project's most important computers to operate in hot standby mode. Usually, the data server providing communication with devices (e.g., PLC), logging historical data and alarms/events to databases, providing data to clients, or performing other important functions runs on these computers. For each important computer in the project (hereinafter referred to as primary server), a secondary (backup) server can be added. A data server with the same project version must be running on both computers. Each of the servers has its own copy of databases intended for logging historical data and alarms/events.


Only the server that has the active role (the server that is active) provides the following functions: communication with devices, historical data acquisition, alarm/event generation, sending alarm/event information via e-mail and/or SMS.


Synchronization means data exchange between the servers in a way as to supplement the databases with the missing data and make the latest data available to both servers. The same applies to alarms/events. Specifically, when the operation of the primary server is restored after a previous failure, the primary server's databases are supplemented with the missing data and alarms/events. Synchronization is performed automatically each time the connection between the servers is established (for example, a failure in communication between the servers may have occurred or the project may have been restarted in the primary or secondary server due to maintenance reasons, i.e., not necessarily emergency reasons).


Data server redundancy can be activated and configured through the Project Structure Manager on the Redundancy page for the computer that is supposed to be used as a secondary server. 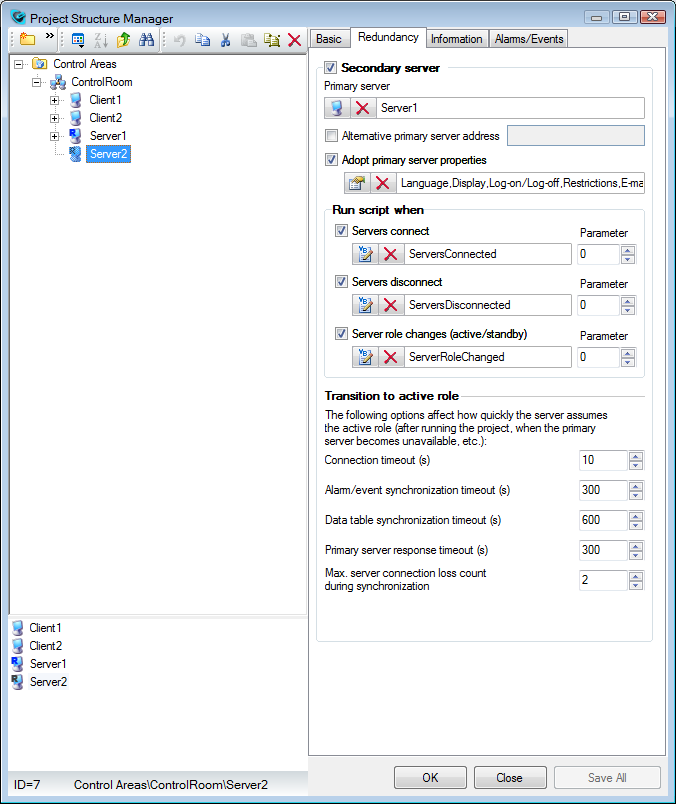 
Redundancy of type client–server can be configured through the Project Structure Manager for each client computer. 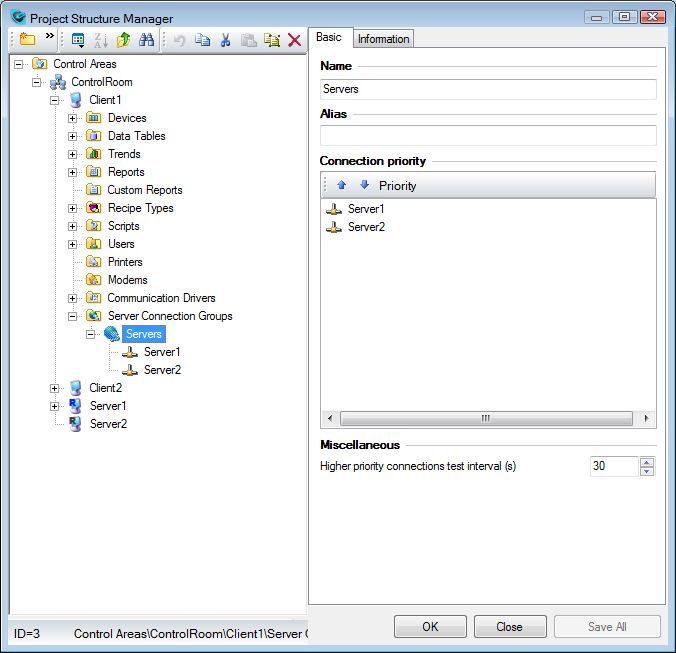