Reliance Web Client is a Java-based program that requires the Java Runtime Environment (JRE) to be installed on the user's computer. Web Client can run either as an applet or through Java Web Start (recommended), which is a framework for distributing and running Java applications.


According to an announcement by Oracle (now managing and maintaining the Java platform), version releases and support policies are undergoing significant changes. The following changes are directly related to the Reliance SCADA system: 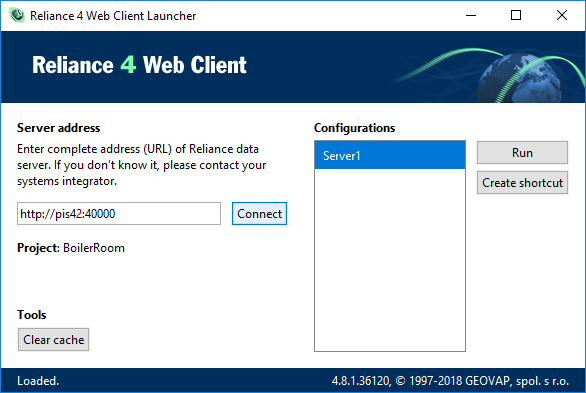 The JRE (currently in version 11) – which is part of the launcher – is tailored to Web Client. There is therefore no need to download and install Java on the end user's computer. You just need to download and run Reliance Web Client Launcher, through which you can – for the configuration you have selected – directly run Web Client or create a shortcut to it.