Meaning of each given version number category


The minor category is used to distinguish significant changes made to the Reliance system within a single major version. Minor versions are not released regularly. Upgrades between minor versions are free of charge.


The release category is used to distinguish official versions of Reliance. Such versions are released once every 2-3 months. Upgrades are free of charge.


The revision category specifies a unique identifier of the Reliance source code version (the so-called revision). It is used, for example, to distinguish two Pre-release versions. 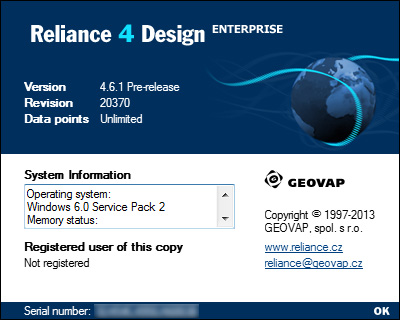 
Within a single Reliance build, all executable files and libraries (.EXE, .DLL, and .BPL) with the exception of third-party files are always of the same version (including the revision number).

In each Reliance release cycle, there are two types of versions:

The most current version of the Reliance system intended for customers. It is designed for testing new features that will be part of the next stable version. These versions are released about once every two weeks. They can be downloaded from the Mebers Section of the website (after logging in).

This is a stable, thoroughly tested version intended to be installed in a production environment. Sometimes, it is also called an official version.

What to do to always have a current version of Reliance

In the Reliance Design development environment, there is an option allowing you to check for new versions of Reliance. If a newer version is available, it is offered for download (no more than once a day). You can also be notified of new Pre-release versions. 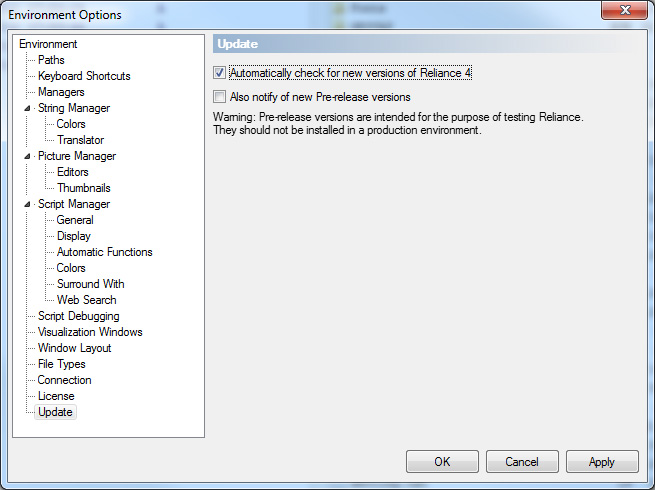