Lots of improvements in Reliance 4.7

The previous official version of the Reliance SCADA/HMI system (version 4.6.3) was released on September 1, 2014. Reliance 4.7.1 brings a large number of new features and improvements. The major changes are summarized below.

Reliance, version 4.7 and higher, will be compiled using a new version of the Delphi development environment (Delphi XE5). In addition to the compiler, we have updated the user interface library (VCL), network communication library (Indy), report generator (FastReport), and other parts. Thanks to this, users can expect improved security, better support for new versions of Windows, and other enhancements.

Beginning with version 4.7, Reliance uses TDBF, i.e., built-in support for dBASE file-based database tables. In most cases, this allows us to avoid using the BDE (Borland Database Engine), which is no longer being developed and maintained. Support for TDBF is optional (see the picture below), but will be activated for both new and existing projects. Using the BDE in the Reliance system only makes sense for projects that, for historical reasons, use Paradox database tables (not recommended), or for custom reports that use the BDEDatabase, BDEQuery, or BDETable objects (in such cases, SQL-based databases should be used instead of file-based ones). 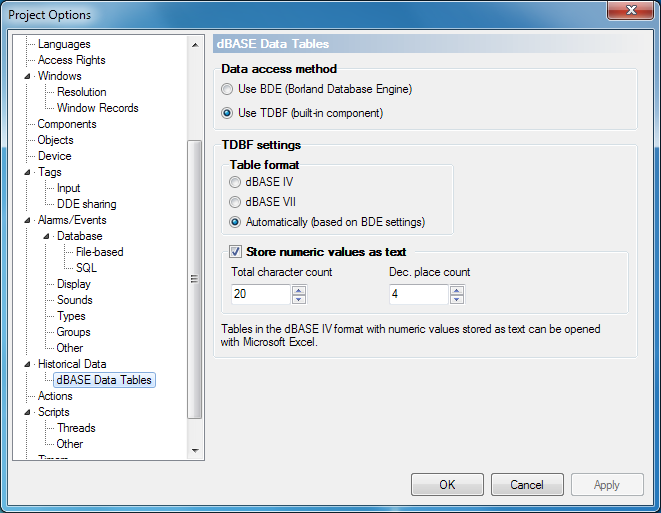 The IP camera market is full of manufacturers introducing thousands of camera models. To be able to connect IP cameras to the Reliance system, we had developed software support (components) for a particular manufacturer. However, it is a lengthy and inflexible process. By interconnecting Reliance and the Digifort IP surveillance system, we get the possibility to integrate an unlimited number of both IP cameras and analog cameras from different manufacturers into a single whole and working with them in the same way. The list of supported cameras is incredibly long – more than 4,500 device models by 220 manufacturers! The Digifort component, which was introduced in Reliance 4.7, allows integrating any Digifort camera into the Reliance system.


Beginning with Reliance 4.7.1, the component allows you to:

In some of the future versions, we plan to implement the following features: video recording, external inputs/outputs, and motion detection. 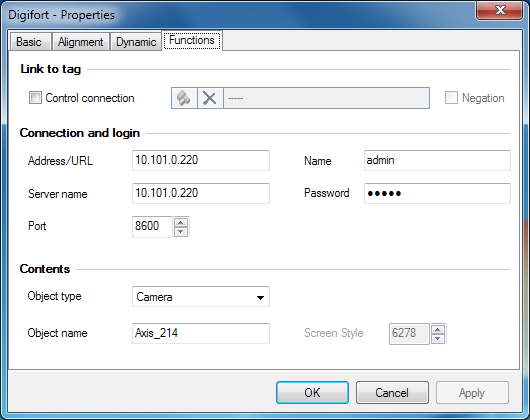 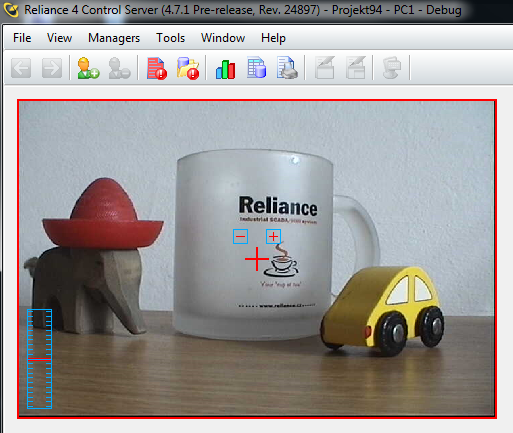 Up to version 4.6.3, the list of alarm/event types had been fixed (alert, command, system message). Beginning with version 4.7, you can add as many alarm/event types as you wish, name them as needed, and specify their alias. It may be one of the criteria used for filtering alarms/events in the runtime software. 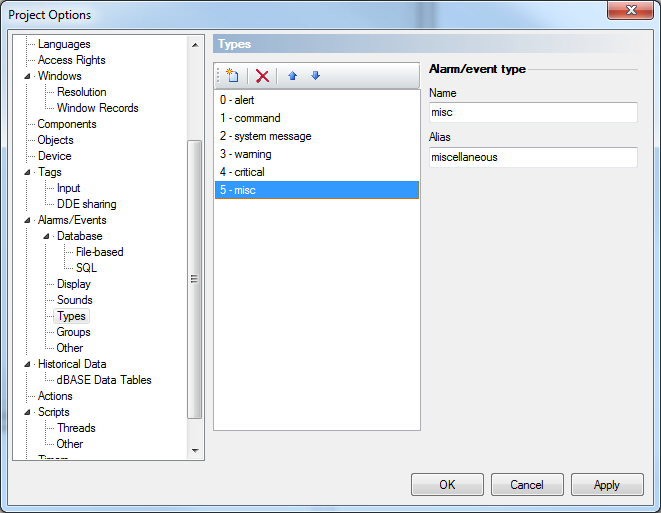 The Quick Filter command, which was added to the Reliance Design development environment's managers and selection dialog boxes in version 4.6.2, became very popular among users. This function is now also available in the runtime software's alarm/event viewers.

Beginning with version 4.7.1, Reliance 4 Web Client saves user settings (e.g., trend appearance settings) to a user profile on the server. If the user of the Web client works on multiple computers, the user settings will always be the same.


We have added support for the BACnet – Time Program component to the Web client.

Touch devices with iOS or Android allow you to run Reliance 4 Smart Client in full screen mode (the so-called app mode). The browser toolbars are hidden in this mode. Therefore, more space is available to display the visualization itself. This mode is available in Safari for iOS (beginning with iOS 6) and in Chrome (beginning with version M31) for Android.


We have improved the trend viewer by adding support for separate axes and zooming and by allowing vertical axes to be positioned above each other (see the picture below). 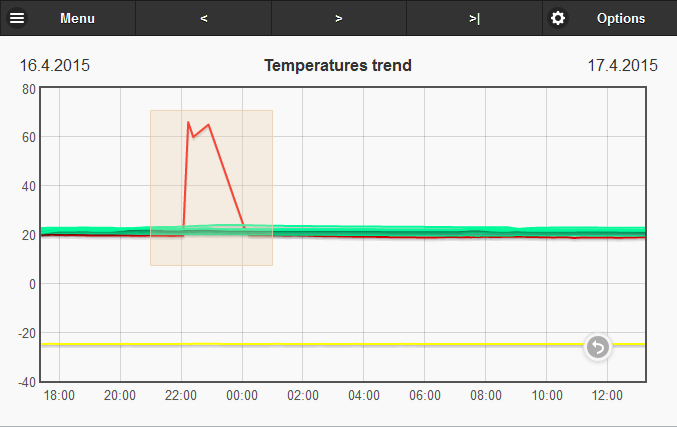 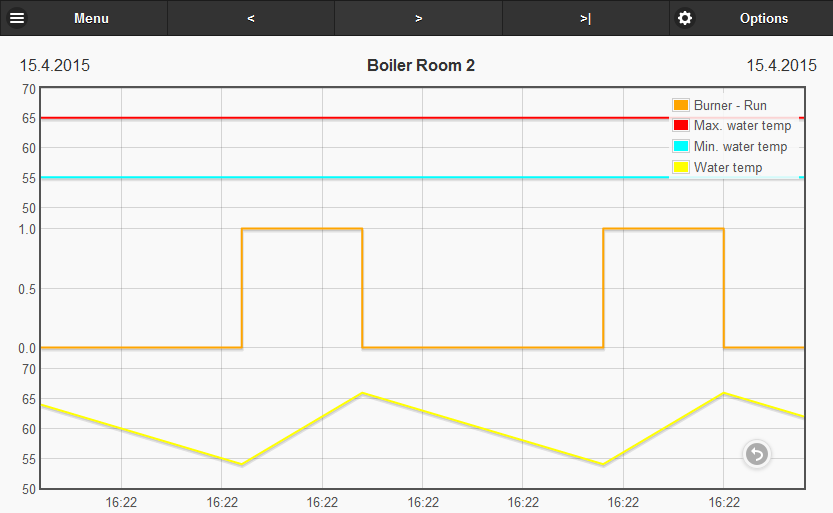 Reliance 4 Smart Client now has support for component rotation and for embedding trends, current alarms/events, and historical alarms/events into the visualization window using the Container component.

French and Spanish have been added to the runtime software and Reliance 4 Web Client as program languages.

We have updated support for the Russian language.


Many other new features, enhancements, and minor error fixes

Other new features in version 4.7.1 include:


We heartily recommend that you switch to the new version.