Lots of improvements in Reliance 4.5

Reliance, version 4.5 and higher, will be compiled using a new version of the Delphi development environment (Delphi IDE). Thanks to this, users can expect increased performance and security and other improvements.

To compare the performance of versions 4.5 and 4.2.1, check out the following charts. As you'll see, it is apparent that the speed of program and project startup, as well as of some operations (project export for remote users), has increased. In addition, the memory requirements have been reduced. 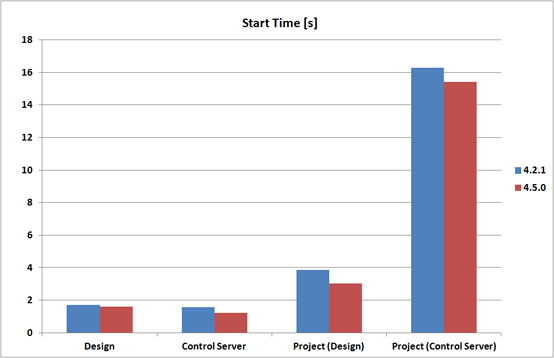 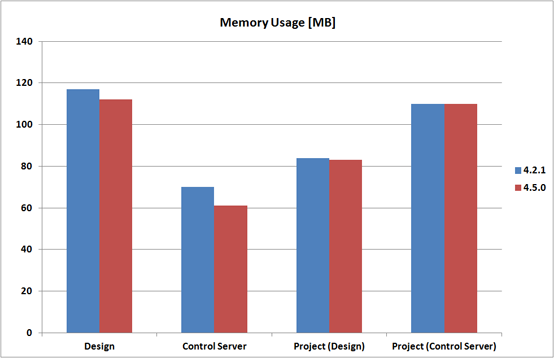 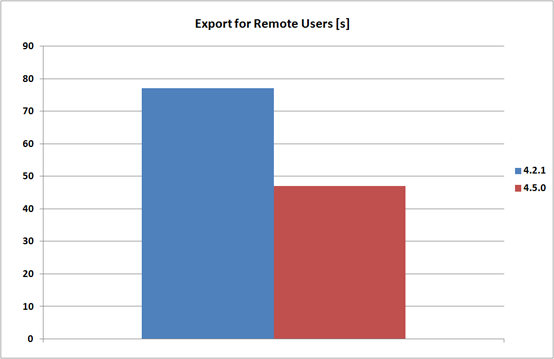 
The comparison was made using the Mandurah project created by the Australian company Industrial Automation Group Pty Ltd. The project contains more than 50 devices, more than 35,000 tags and almost 600 visualization windows. The computer on which the comparison was made has the following configuration: Intel® Core™ 2 Duo E6550 @ 2.33GHz, 3GB RAM, Windows Vista 32bit.

Thanks to the new compiler, the TLS 1.0 and SSL 3.0 security protocols, which are currently supported by popular Web browsers, are supported by Reliance's data servers. During the cooperation with ZAT, one of the largest domestic providers of complex solutions for industrial process automation, a number of new security features were added to Reliance 4.5. They are features designed to improve the security of program code and transferred data and to notify users (systems integrators) of potential risks during the development of an application.

Reliance Smart Client is a client of the Reliance SCADA/HMI system intended for making visualization applications available to the user via Web pages. It is designed for use with smartphones and tablets and optimized for touch control. For more information, read the article called Reliance 4 Smart Client - visualization on mobile devices.

BACnet Communication Driver is intended for data connection between Reliance's runtime software and devices communicating via the BACnet protocol (ASHRAE Building Automation and Control Networks protocol). The driver implements basic services for reading and writing data. For more information about the BACnet driver, go to the Web page dedicated to BACnet Communication Driver.

According to our systems integrators' suggestions who wish to improve the integration of control systems, the following components have been implemented: