Almost every SCADA project has some alarms defined. In large-scale projects, even up to tens of thousands of them. Based on the alarms defined, their instances occur at runtime. In case of an error in the monitored process, the SCADA system generates an instance of the particular alarm. In case of a control room with permanent staff, the operator takes the necessary steps to eliminate the error and acknowledges (confirms) the alarm. When the error disappears, the acknowledged alarm instance is automatically removed from the list of current alarms/events. If the error occurs again, a new instance of the alarm is generated and the situation is repeated. In such a case, it is apparent that there is no accumulation of multiple instances of the same alarm on the list of current alarms/events because the operator acknowledges the alarm continuously.


In addition to traditional control rooms with permanent staff, the number of SCADA applications that rather focus on data capture and that have no permanent operators or no operators at all is increasing. If this is the case, multiple instances of the same alarm can accumulate on the list of current alarms/events because no one acknowledges these instances. We have encountered situations where the total number of unacknowledged instances reached hundreds of thousands. Of course, this is extremely undesirable. 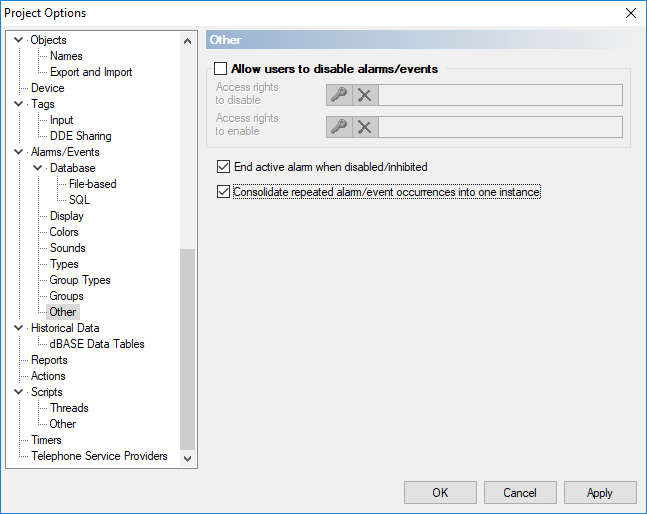 If this option is active, a new instance of an alarm won't be created each time the error is repeated. Instead, the existing instance will be updated. Specifically, the number of alarm occurrences will be increased and the time of the last alarm occurrence will be changed. This information can be displayed as separate columns in the viewer of both current and historical alarms/events. 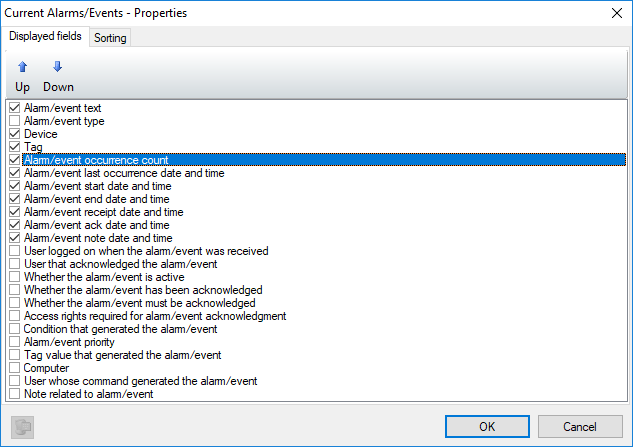 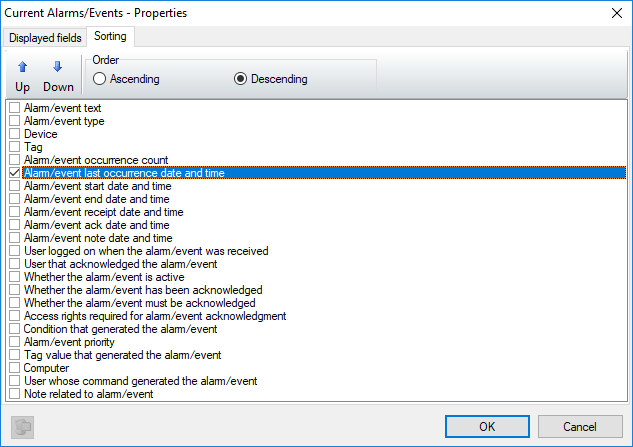 The historical alarm/event viewer will sort instances in the same way as before.