Visualization and control of the water supply network in Nicosia and Larnaca, Cyprus

In 2009, the Water Board of Larnaca put in a tender for the supply and installation of a system to provide visualization and control of the water supply network and drinking water reservoirs in the cities of Nicosia and Larnaca, Cyprus. In order to be as flexible as possible, the company's intention was to build up a modern monitoring and control network. The WaterSCADA consortium won the contract after an international call for tenders. The consortium had the following four companies: PROTECO, which was responsible for the installation of the visualization and control system, Teco, the supplier of the Foxtrot control systems, GEOVAP, the supplier of the Reliance SCADA/HMI system, and G.M. Advantec Ltd, a local firm that was responsible for the project management, supply and installation of the solar power system, and the maintenance of the resulting system.

The control and monitoring system consists of Tecomat Foxtrot controllers (with several expansion modules), which are installed in autonomous water-supply stations in both cities. There are 45 stations in Nicosia and 21 stations in Larnaca. Two thirds of the stations are powered by 230 V. The remaining third is equipped with an autonomous solar power system. Each station is designed to measure the water flow rate and water pressure both upstream and downstream of the water meter and pressure reducing valve (PRV). It is also designed to shut off the supply with a command from a central server.


The local area network (LAN) is based on Conel's GPRS/EDGE routers, which are also installed in each water-supply station. This network is connected via the Internet to a central server within a virtual private network (VPN). 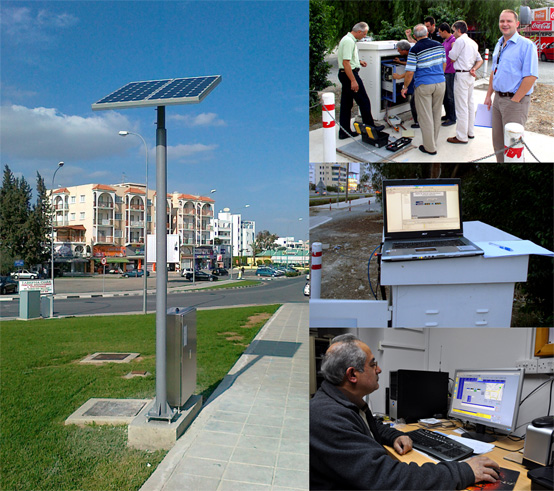 
Each city has its own central server wirelessly connected to all stations within its water network. The user application on these servers is based on the Reliance 4 SCADA/HMI system (Control Server), which communicates with the devices via the IEC 60870-5-104 protocol. Further, Reliance 4 Web Client is used to enable viewing the water-supply stations' visualization screens over the Internet. The Web client allows the operating personnel to display the visualization project on a desktop or laptop computer using a standard Web browser (e.g., Internet Explorer).


The water boards do not run classic control rooms with operators, but they focus on the short-term and long-term monitoring of inflows and outflows from the reservoirs and stations within the water mains. The operating personnel are notified of any recorded alarms/events by email or text messages, which are automatically generated and sent from the Reliance system. 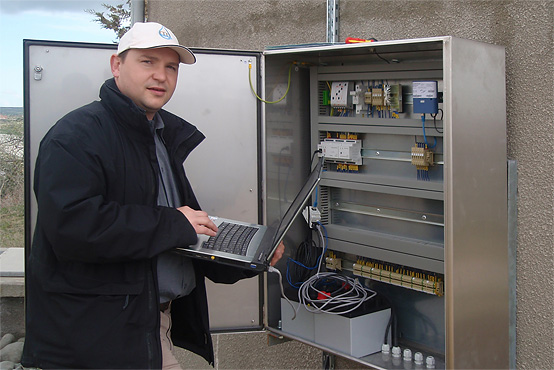 
Reliance handles large amounts of alarms. They are divided into several groups. Each alarm group can have its user rules configured. The rules define which operators should be notified of particular alarms/events via text or email messages.


All data from all stations is continuously logged in a database. Reliance uses dynamically generated SQL queries to produce all the reports the water boards need. Reliance SCADA generates daily reports, which are sent to appropriate workers via e-mail, and allows for displaying daily, monthly, and annual overview reports. It also allows creating balance reports for a past accounting period and overall reports of all alarms/events. By continuously monitoring the flows and, more importantly, the minimum night flows, the water board personnel know at which areas of the network they need to concentrate their efforts on active leakage control to use water resources much more effectively and efficiently.

Visualization of the Strovolos reservoir in the capital city of Nicosia 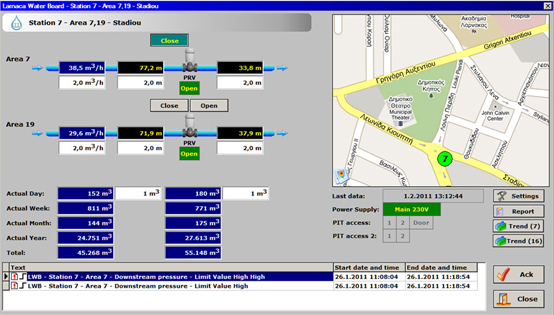 Visualization of a water-supply station in Larnaca 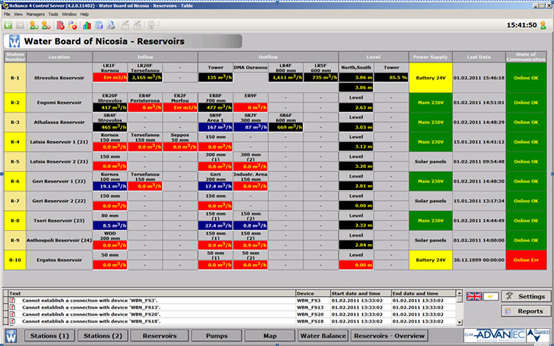 An overview report of reservoirs in Nicosia 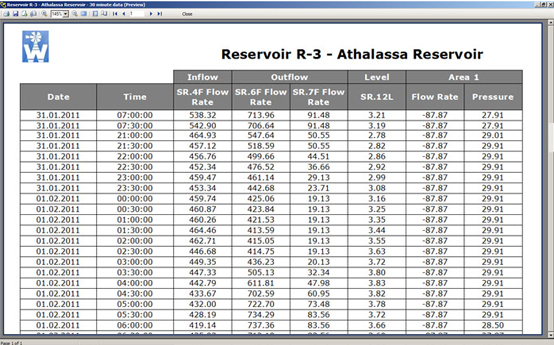 A report of the Athalassa reservoir's daily inflows and outflows 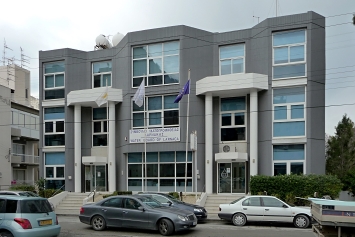 Water Board of Larnaca

Title
Visualization and control of water supply reservoirs
in Nicosia and Larnaca, Cyprus