The Hrobice Drinking Water Treatment Plant was built in 1959. After its modernization in 1997, the plant was designed to supply drinking water for Pardubice, Lazne Bohdanec, and other nearby locations. It is also a reserve source of drinking water for the city of Hradec Kralove. The treated water is pumped into the water reservoir at Kunetice Mountain and then distributed to the customers. The operator of the plant is Vodovody a kanalizace Pardubice (hereinafter referred to as VaK). 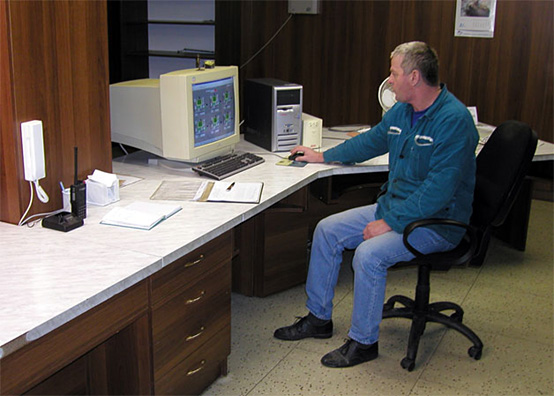 In 2002, GEOVAP was chosen as the supplier of a SCADA-based control system for the Hrobice Drinking Water Treatment Plant. The previous SCADA system ProVi did not meet the requirements for a modern control and visualization system. Therefore, it was necessary to develop a new communication driver for reliable communication between the existing Sauter WSR3000 PLC devices and the Reliance SCADA/HMI system.


Thanks to the implementation of the Reliance system, communication between the main control room and PLC devices is now much faster. The treatment process is monitored from both the Hrobice main control room and the remote work station at VaK. Operating data is archived for analysis or further processing. The visualization system also allows the monitoring and control of pumping raw water from remote sources (quarry lakes Oplatil and Ceperka). 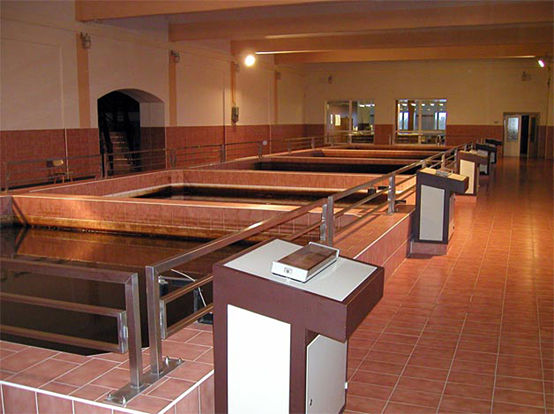 The operator's point of view

During modernization, the plant was equipped with Swiss-made Sauter WSR3000 PLCs. Unfortunately, soon after the test operation, the supplier stopped supporting the system and sold it to the Rittmeyer company. The problem was that we had Sauter WSR3000 PLC devices that provided communication only in the default settings. Also, our previous SCADA software was running in the now-obsolete MS-DOS system that wasn't user-friendly enough. Therefore, VaK announced a tender on the suppliers of the communication and visualization (SCADA) software. The winner of the tender was the GEOVAP company, which offered a complete solution to the problem.

Note: Due to the reconstruction of the control system, the WSR3000 PLCs and the control room have been replaced by a complete system from another manufacturer. 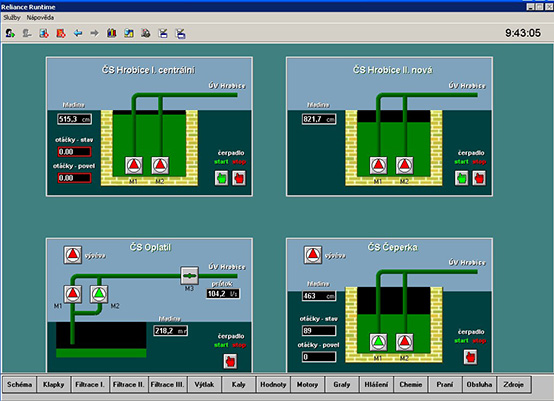 Pumping of raw water from the quarry lakes 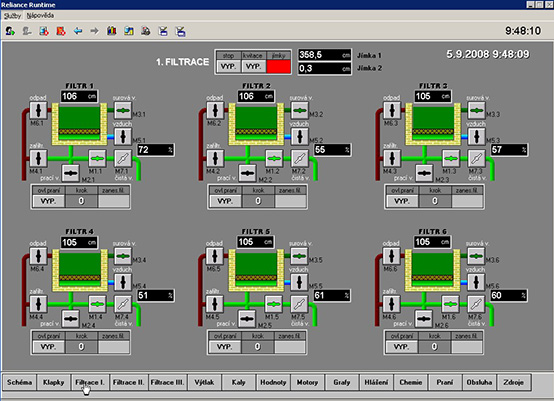 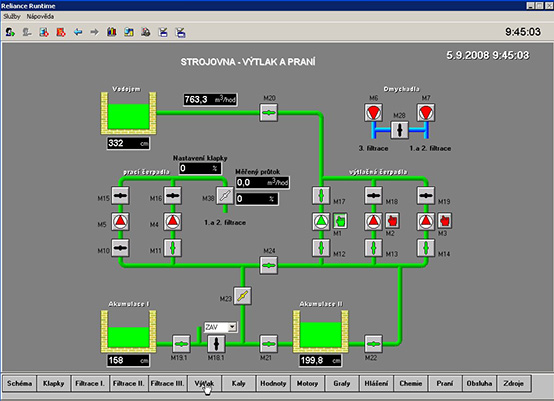 Visualization of the processes of delivery and washing 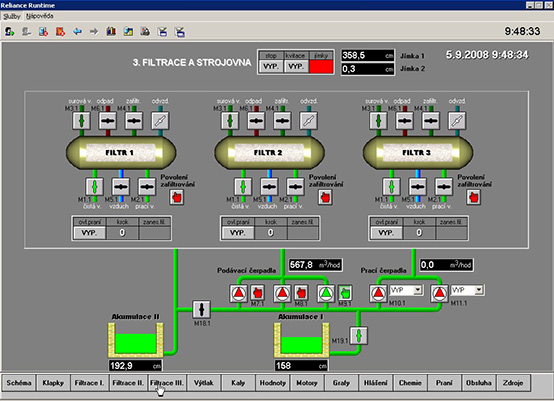 Filtering and the mechanical room 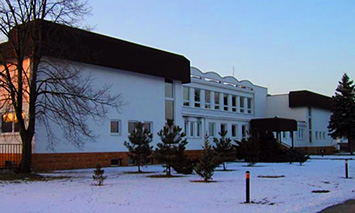