Navigation: Success stories > Production Lines > Visualization and control of the production line used for the manufacture of pet food at VAFO Praha

VAFO Praha is a family-owned company that has been in operation since 1994. Since its foundation, the company has been focusing on the development, production, and distribution of top-quality dog and cat food of the brands of Brit, Brit Care, and Astor. The company cooperates closely with experts from over twenty countries to produce food that meets the most demanding quality standards. VAFO Praha exports its products to more than forty countries around the world.

At the start of 2008, the control system for the Brit pet food production line was innovated. The main objective was to automate the weighing system that is, according to a specified recipe, used to automatically weigh, mix, and grind individual ingredients and feed them to the extruder.


To control and visualize the production process, the Reliance SCADA/HMI system was installed. Several well-arranged visualization screens enable the operator to display the complete production process on the main control room's PC. Thanks to this, the operating personnel can see in what stage the pet food production process is. If needed, they can intervene in the process. For example, they can switch it into the semi-automatic or manual mode. The implementation of Reliance 4 in the control system resulted in higher productivity and efficiency of the production of the Brit pet food. 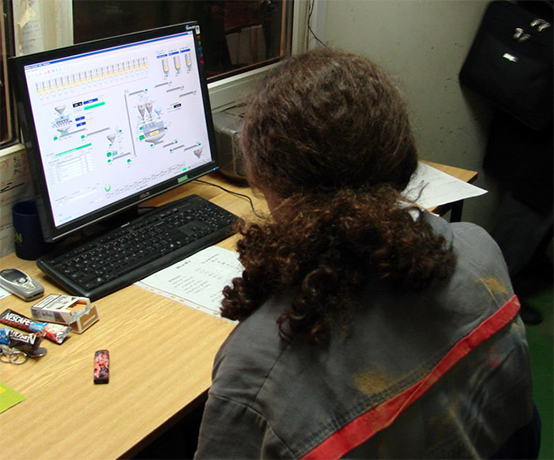 Visualization of the production process on the main control room's PC 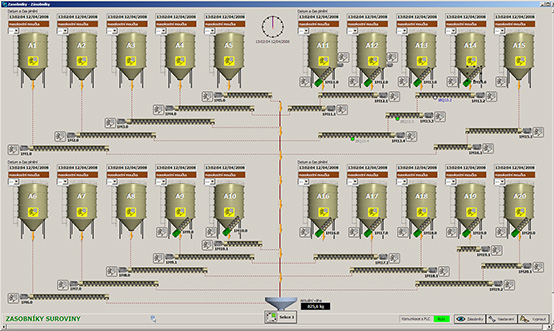 Visualization of the transportation of ingredients from storage tanks 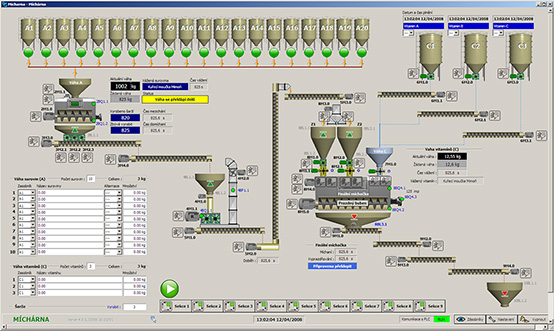 Visualization of the mixing process 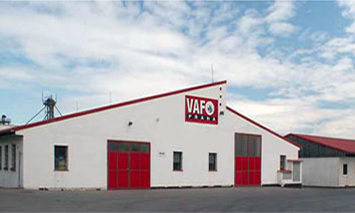