The foundation stone for the plant was laid in the spring of 2010. To cover the costs, it was necessary to invest more than CZK 2 billion. The main investor of the project was DECCI,
a Czech joint-stock company. Its photovoltaic power plants are registered under the brand FVE CZECH. The entire power plant's construction used up 186,960 PhonoSolar photovoltaic panels 185 and 190 Wp. The new power plant stretches over an area of 82.5 ha, which is an area the size of more than a hundred football fields. The power plant's output 35 MWp should cover the energy consumption for about ten thousand households.

The control system consists of 26 Tecomat Foxtrot CP-1004 PLCs installed in separate blocks. One PLC was installed in the main substation. This controller is designed to protect the photovoltaic power plant and send text messages regarding alarms. All the PLCs are interconnected via the Ethernet network (optical fiber). To visualize the power plant's energy production processes, the Reliance SCADA/HMI system is used. The main control room is fitted with a PC containing the Reliance 4 Control Server software. A touch screen with the Reliance 4 Control software is installed in the main station's control cabinet. This touch screen is connected to the computer in the main control room.


The power plant can be controlled using the main visualization window, on which the current states of all protection systems and blocks (on/off), current status of the SMS gateway, current power output, and possible alarms are displayed. It also allows the operator to display details on each part of the power plant and set the plant's modes. An alarm is indicated by the "Alarm" text displayed on a red background. 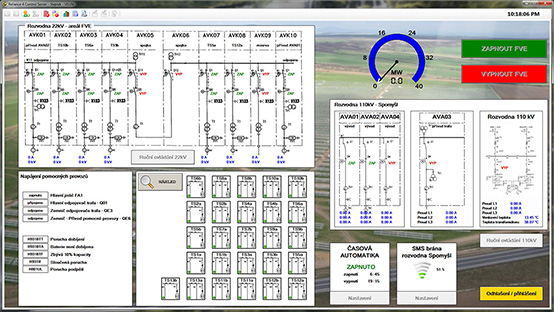 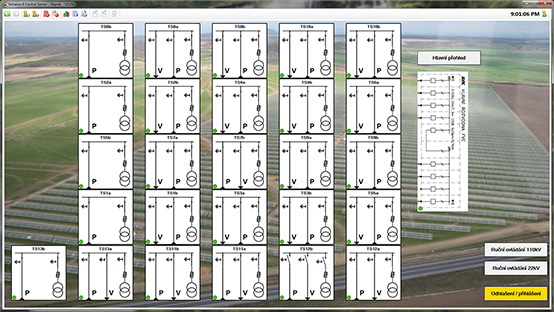 Visualization of a block's operation 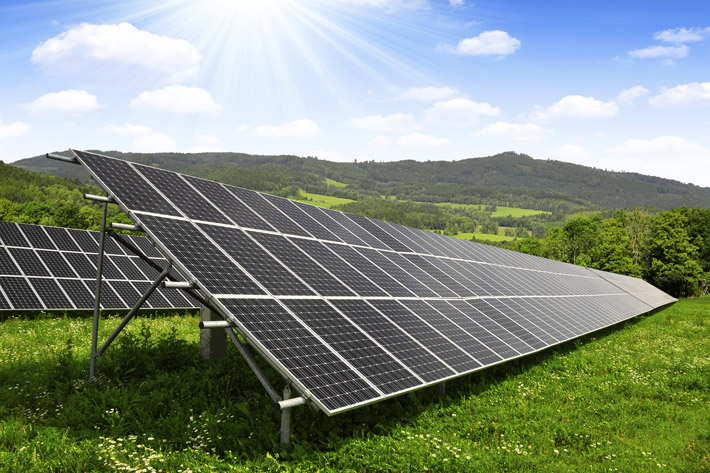