Visualization and control of the lighting system at Holesov Chateau

Holesov Chateau is an early Baroque three-story building, divided into four wings. Its quadrangle is framed by an attic roof. The chateau is surrounded by a deep brick-lined moat, which was originally spanned by two bridges. Also, at the time of construction, an ornamental garden was established. Its simplified version is still stretching over a large area northeast of the chateau. At the very end of the garden, there is a park with large renewed ponds, tree alleys, lanes, and flower beds.

During the years 2008 and 2009, when Holesov Chateau was under complete reconstruction, a new control system was implemented to control lighting within the building. The control system consists of a CU2-01M central unit, which is, via a Common Installation Bus, connected to the intelligent electrical installation system's input and output peripheral units. The CU2-01M central unit is designed to provide smooth operation of interior and exterior lighting.


The control system allows for:

Two TOUCH 51/PCB panels have been installed to locally and centrally control the lighting system using the IDM development environment. However, it is not this environment's specialization to visualize processes. Therefore, and after reaching an agreement with the ELSPET company, the Reliance 4 SCADA/HMI system has been proposed to provide visualization and control of lighting for the main hall, adjacent rooms, and sanitary facilities. Currently, the Reliance 4 Control runtime software with 100 data points is installed on one touch panel providing visualization and control of the above mentioned functions. For future purposes, it is planned to expand the control of the chateau's lighting for further sections, i.e., a network application will be created and another touch panel will be fitted with Reliance's runtime software. 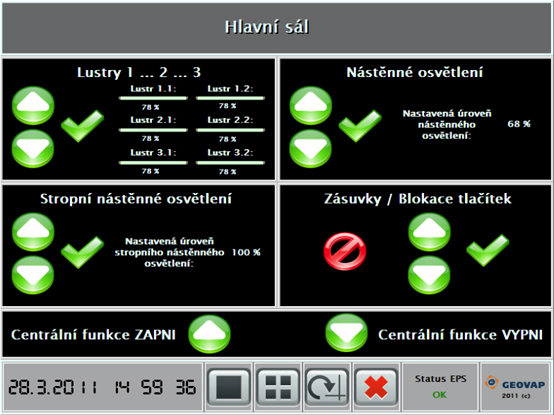 Visualization and control of lighting in the main hall 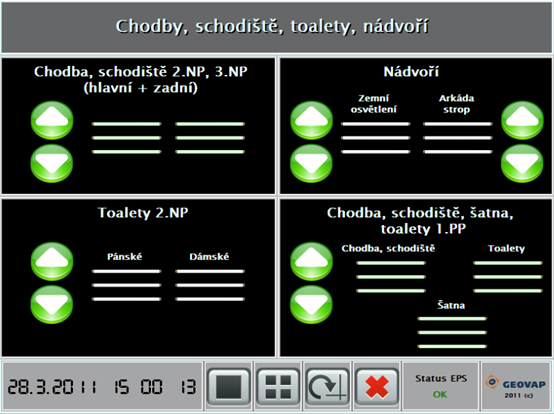 Visualization and control of lighting for corridors, staircases, bathrooms, and the quadrangle 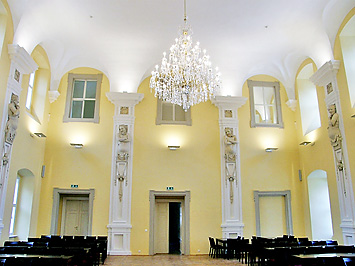 Title
Visualization and control of the lighting system at Holesov Chateau