Visualization and control of Chronic Care Hospital in the city of Jeddah, Saudi Arabia

Chronic Care Hospital is a medical facility located in Jeddah, Saudi Arabia. It was opened in 2016. In the same year, the Czech company KYBERTEC implemented a system for the visualization and control of the hospital's technological systems.

At the start of this project, the building for which the visualization application was being created was still under construction. In view of the pilot nature of the project, the visualization application is rather complex and includes not only the classic elements of building automation (HVAC control and optimization, energy consumption, connection to the electrical fire alarm and electronic security systems, connection to the weather forecast service), but also systems specific to the hospital (the monitoring of medicinal gases, human behavior in a fire, etc.) and other specific modules (the personnel movement control, patient family support, property monitoring, and fire crisis management systems). Another specific feature is the integration of a surveillance camera system for motion detection.


The technological systems of the hospital are controlled by 14 Tecomat Foxtrot CP-1000 PLCs and visualized by the Reliance SCADA/HMI system. Reliance plays a crucial role in controlling and monitoring all the systems. In the foreseeable future, other modules are expected to be deployed within the hospital network and interconnected.


The visualization project is available in English and Arabic. 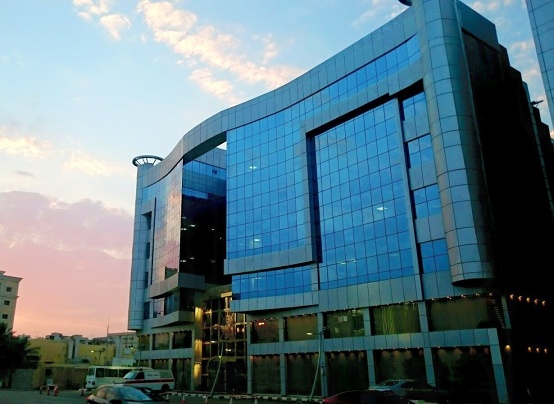 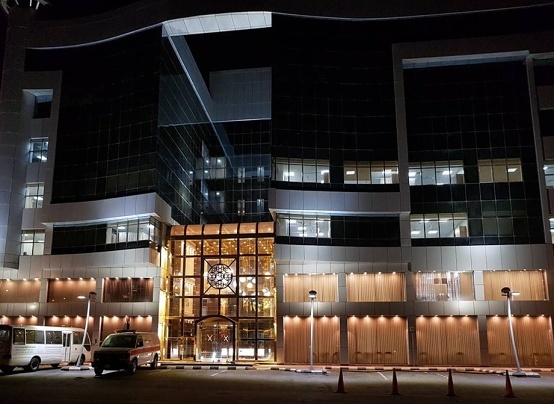 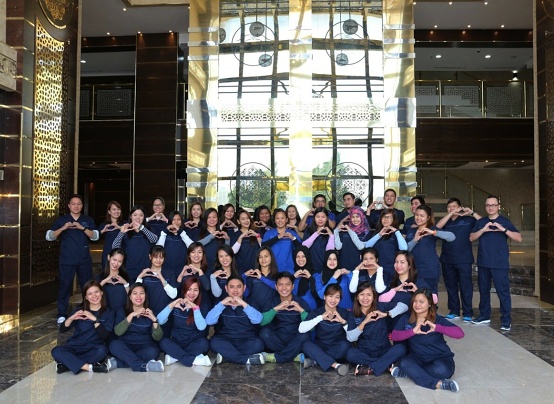 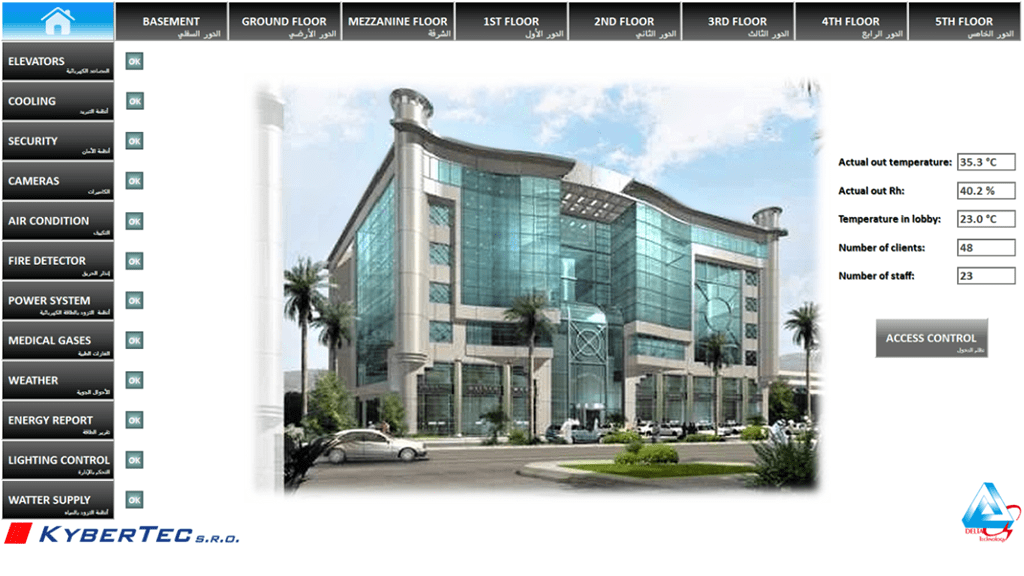 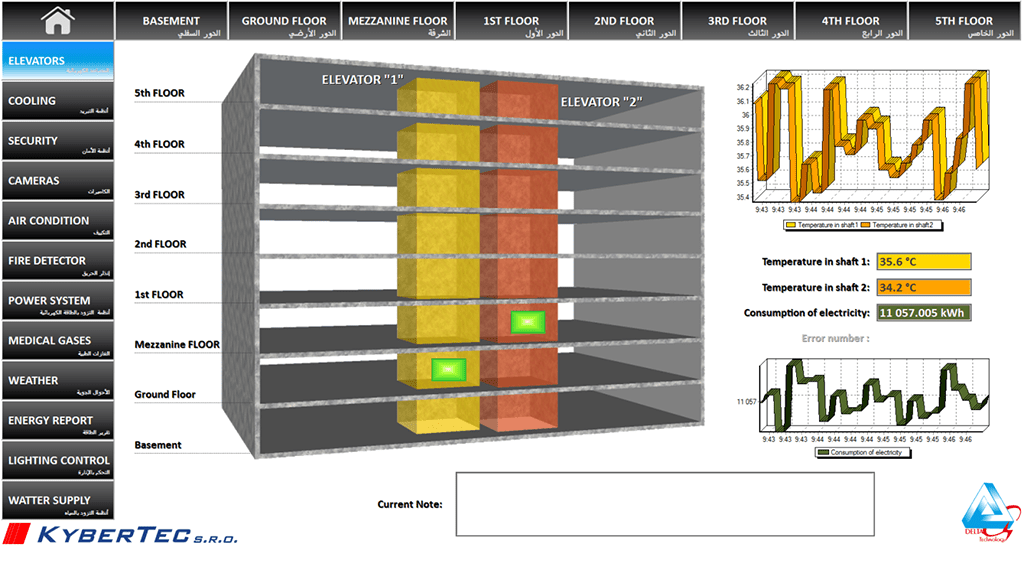 Current states of two (out of the total of six) elevators 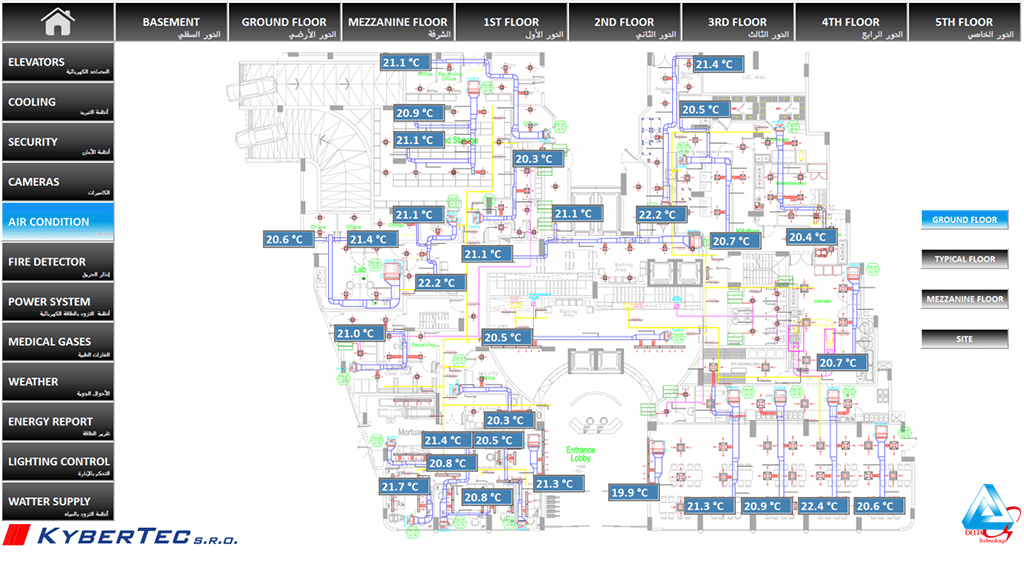 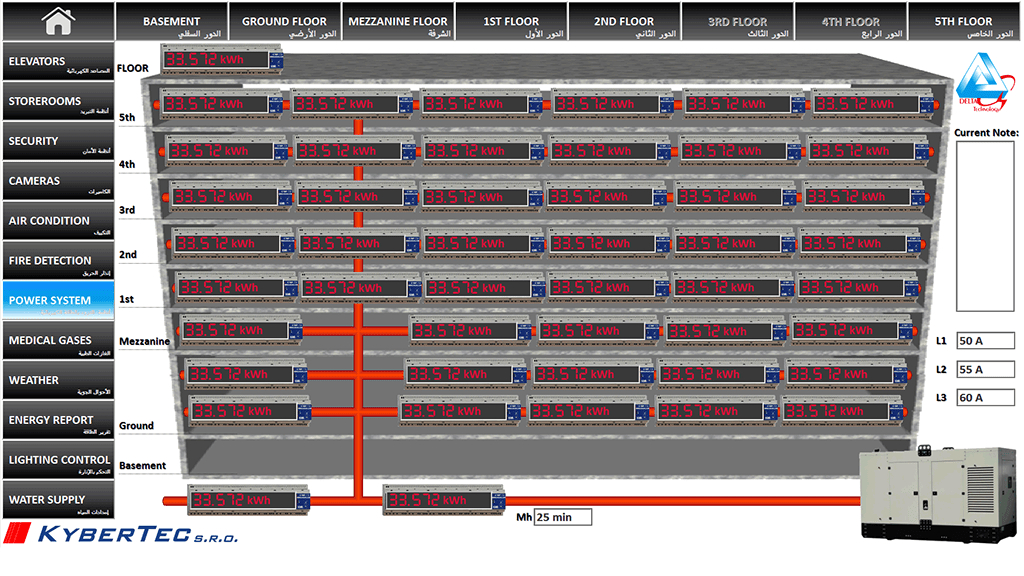 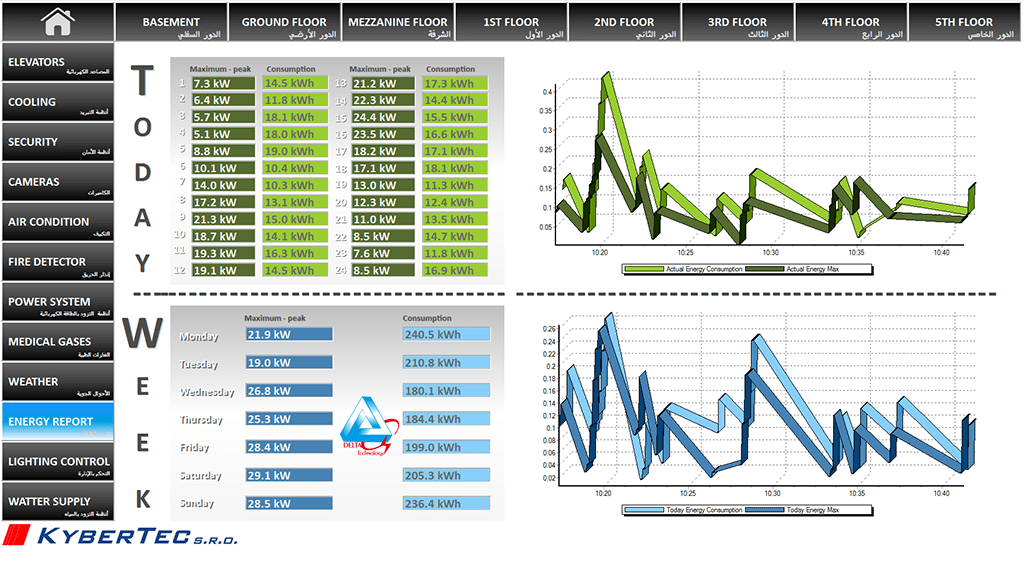 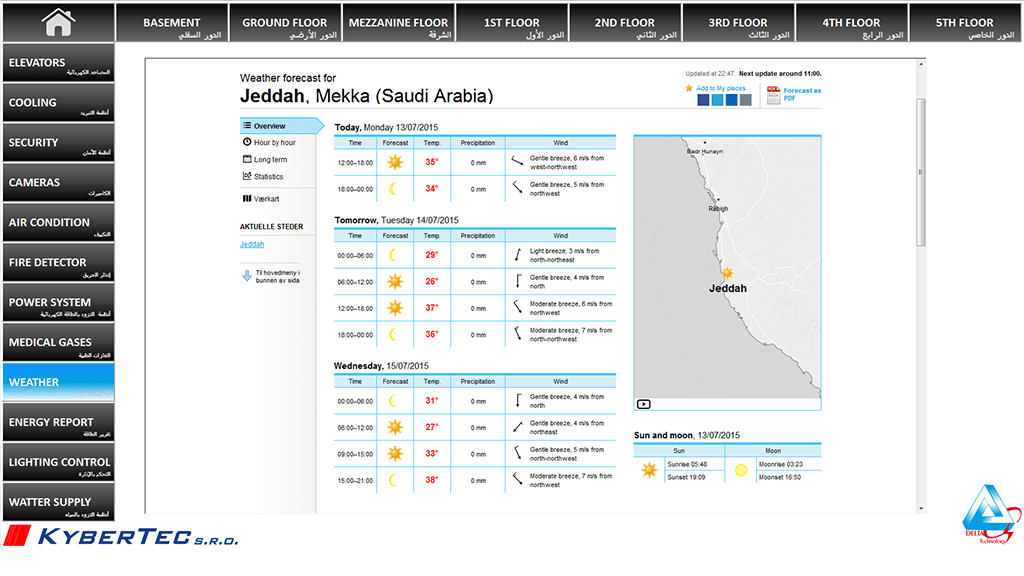 Visualization of the weather forecast service 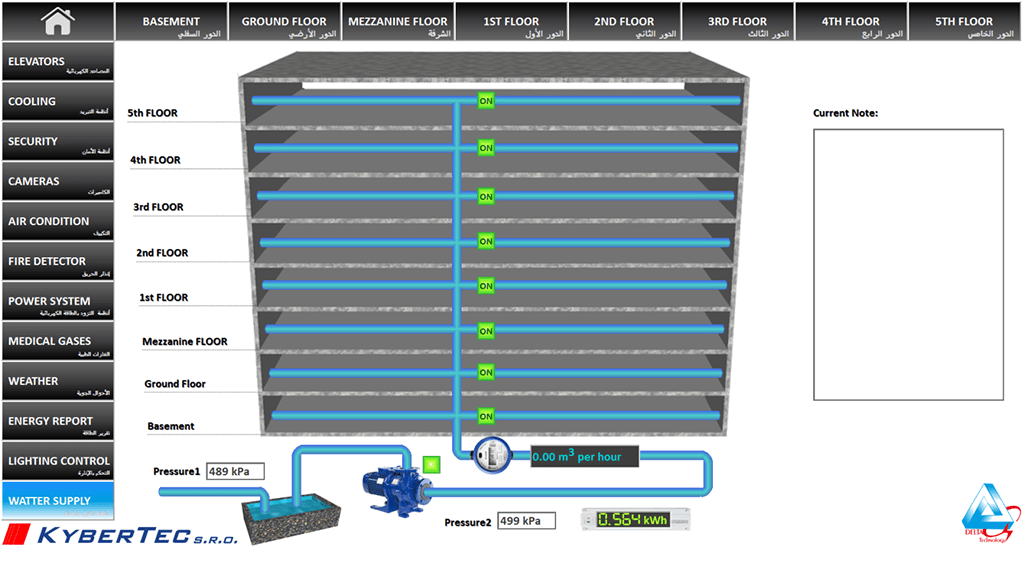 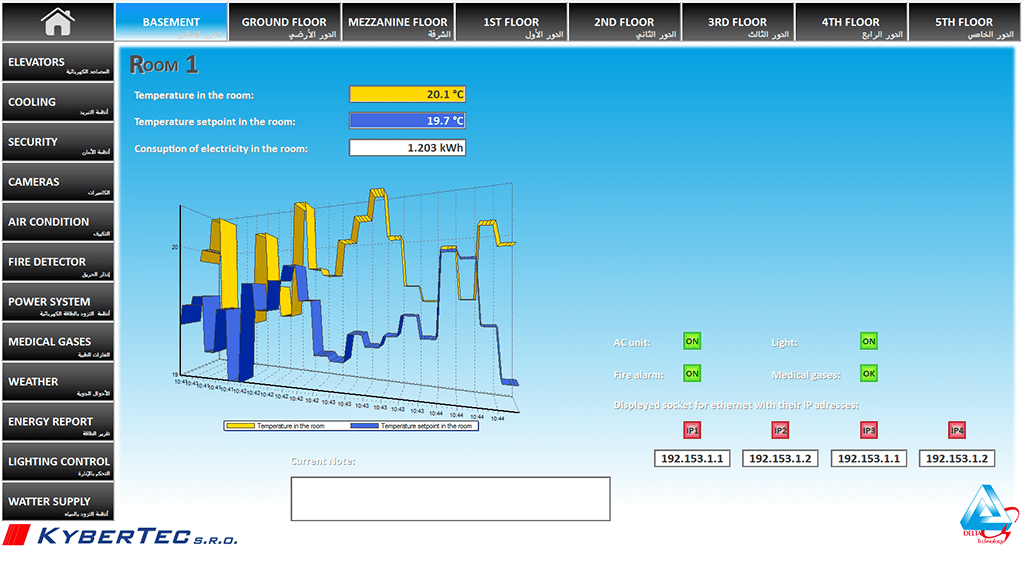 Visualization of a room's temperature and power consumption 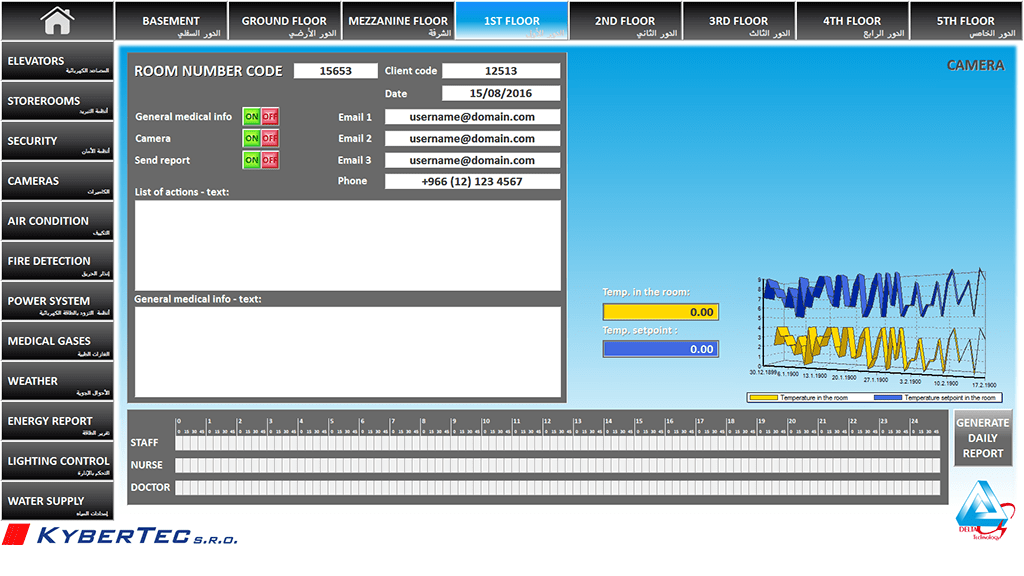 Medical information for a patient's relatives 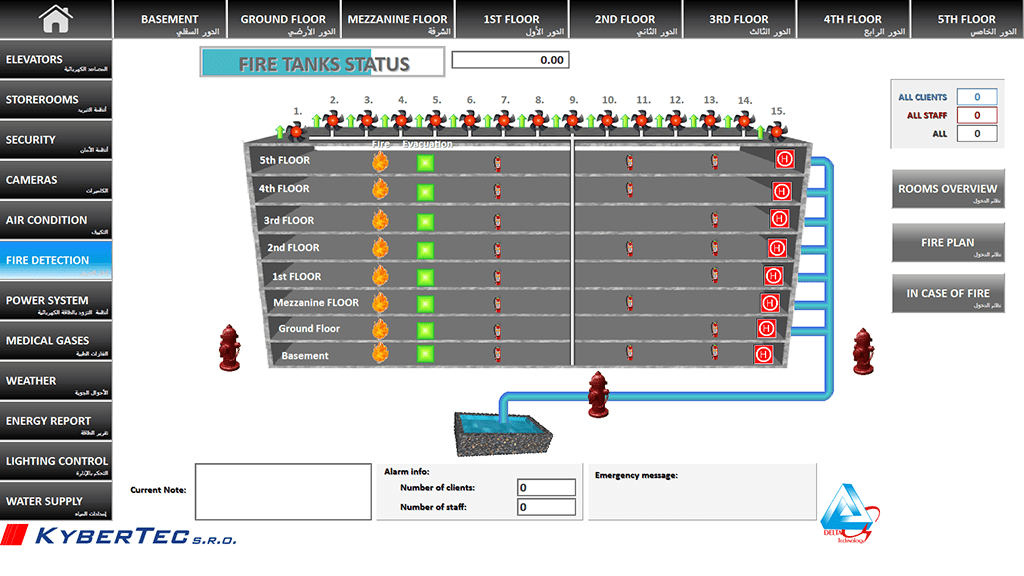 Visualization of the fire alarm system 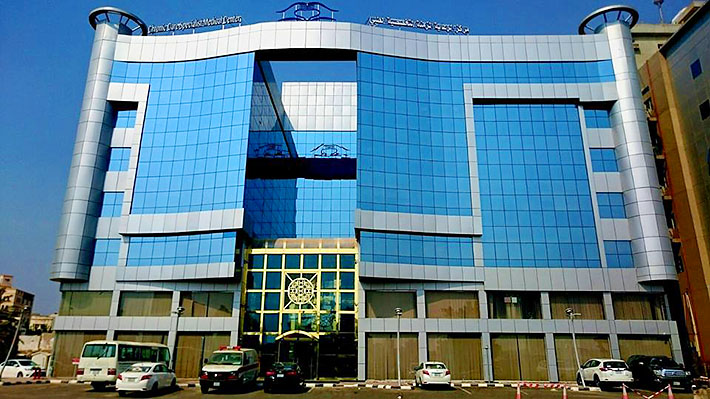 Title
Visualization and control of Chronic Care Hospital in the city of Jeddah, Saudi Arabia