Navigation: Success stories > Intelligent Buildings > Visualization and control of the smart lighting and fire detection devices of the CREAR building in Osuna


The center belongs to the University of Seville, which has a new university school in the town of Osuna.


At the end of 2020, the Spanish company ACUyCOM implemented a system for the control and monitoring of the CREAR building's smart lighting and fire detection devices. 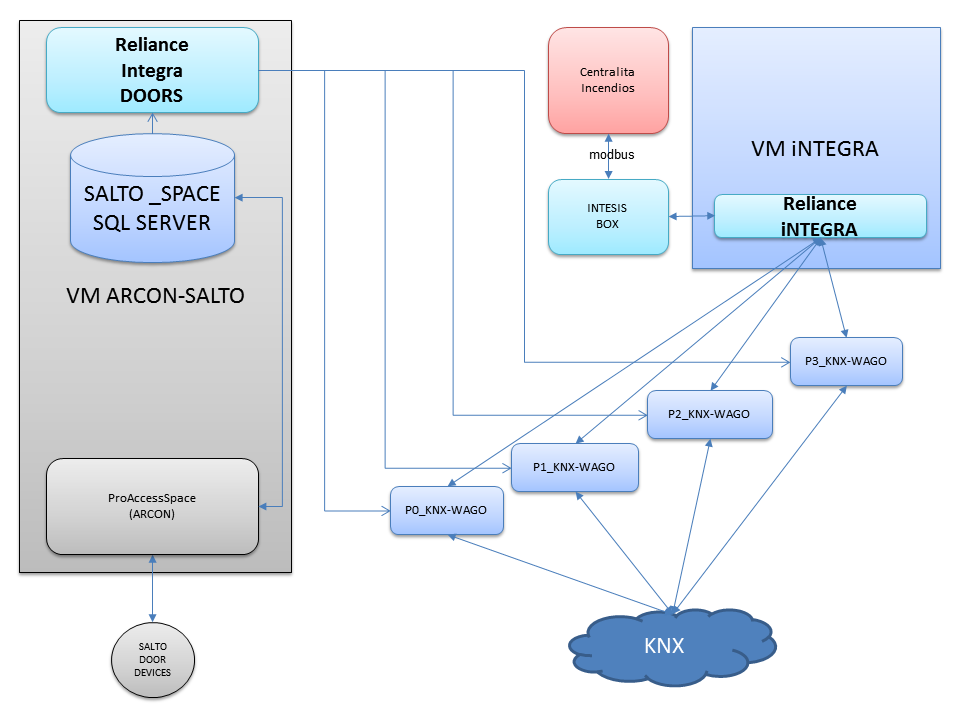 The control system is composed of two subsystems. They consist of the Reliance SCADA/HMI system, four WAGO PLCs, a large number of various Siemens devices, and dozens of STEINEL presence detectors.


One subsystem is responsible for communication with an ARCON-SALTO electronic lock management system, the other one for the configuration of the WAGO devices. The WAGO PLCs control – via Siemens KNX/DALI gateways – communication with the elements of the existing KNX network in the building.


Furthermore, the system enables the on/off regulation of each of the lights in the entire building as well as the raising/lowering of the blinds and the activation/deactivation of the electrical outlets in the rooms.


It also allows the creation of on/off schedules for the lighting of the common areas of the building (exterior, front office area, stairs, etc.).


The building is designed to provide significant energy reductions through its smart lighting system. Energy savings can reach up to 30 %.


The main objective of the Reliance SCADA/HMI system is to visualize the status of the lighting and fire detection devices, verify the on/off schedules, synchronize fire detection events, and edit operating hours. 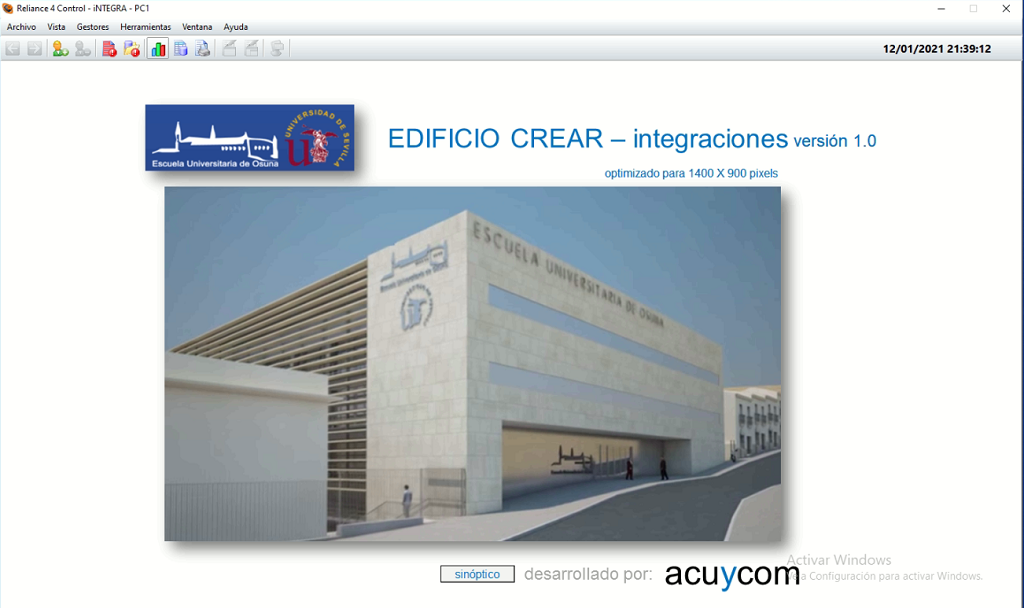 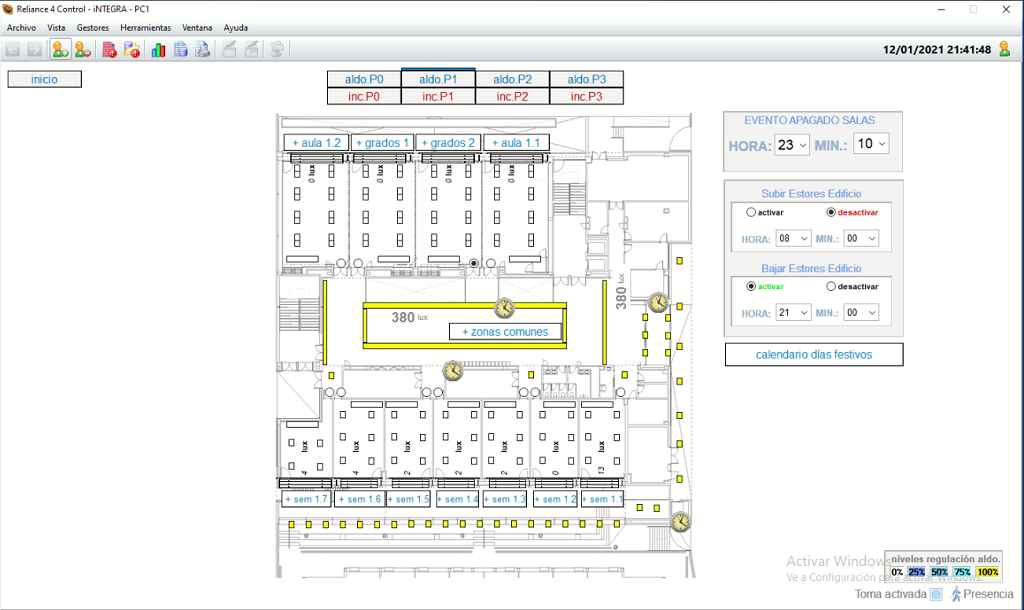 Visualization of the lighting system 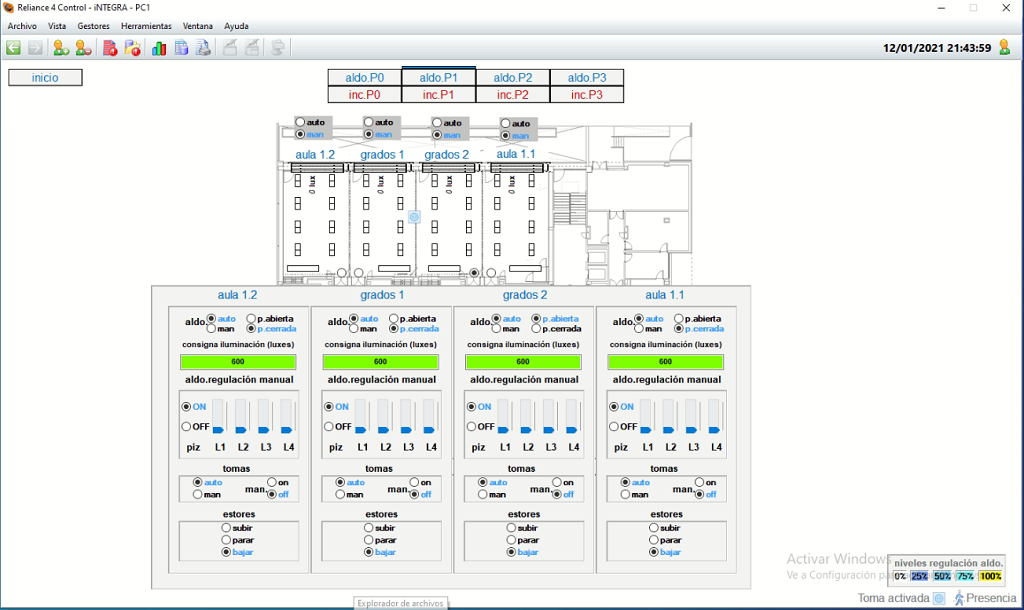 Visualization of the lighting system – configuration 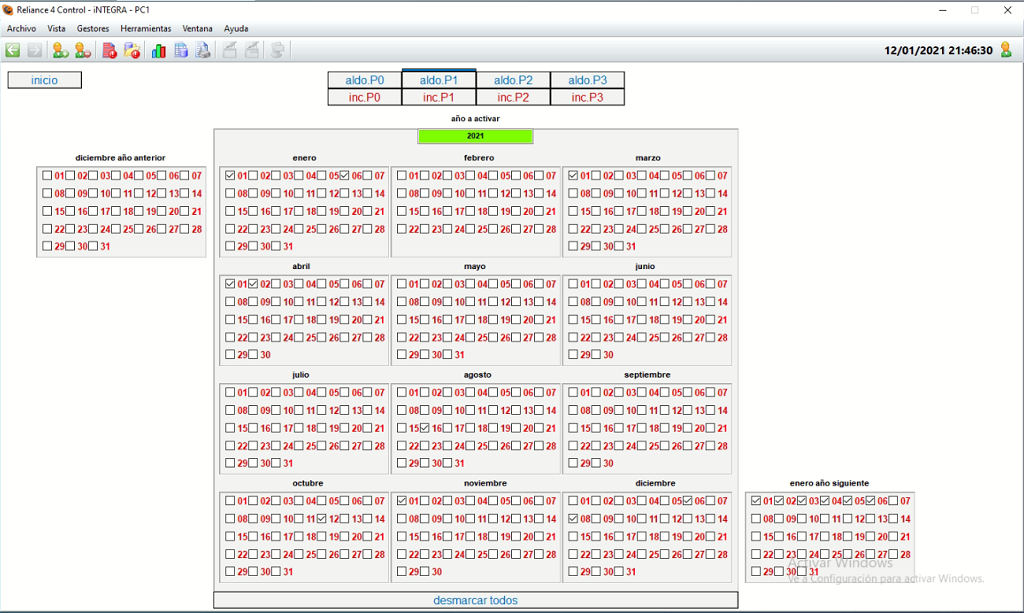 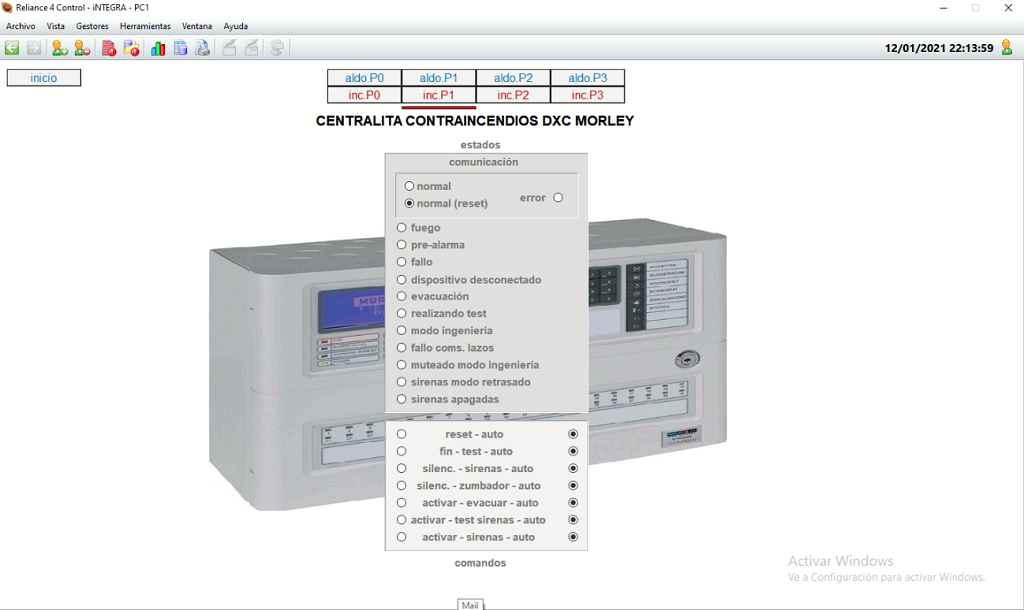 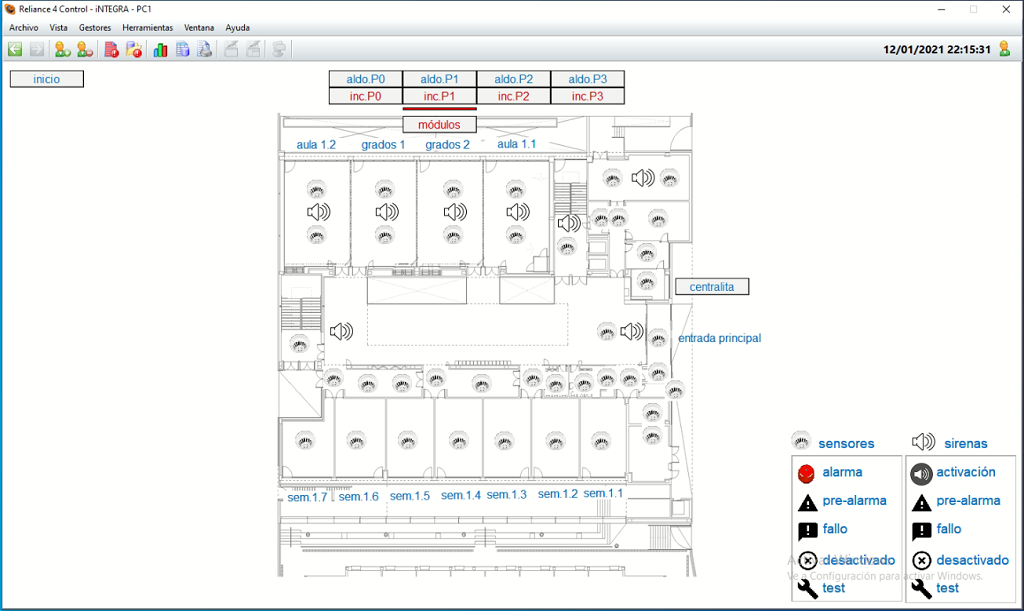 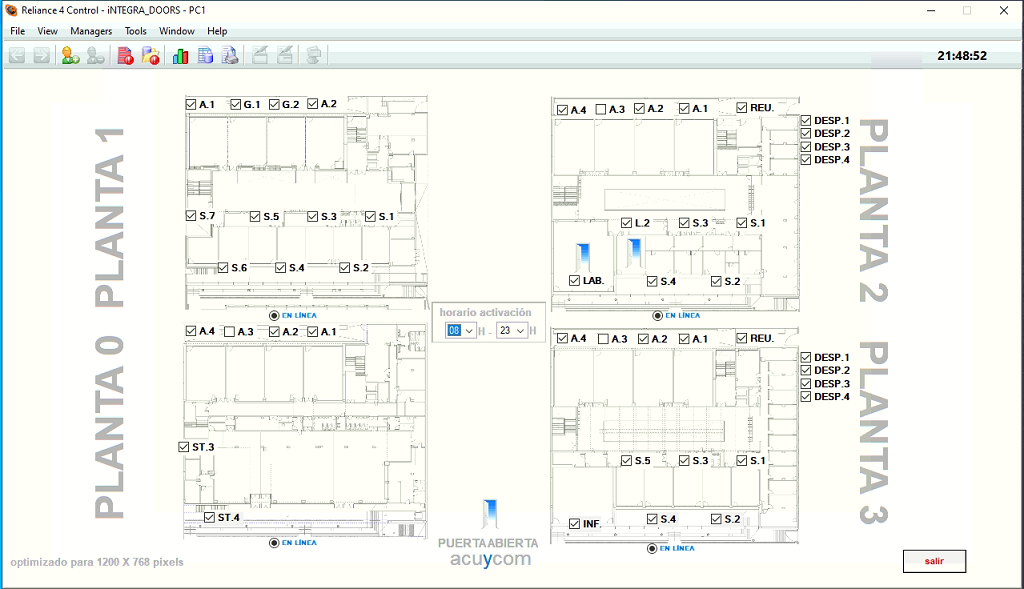 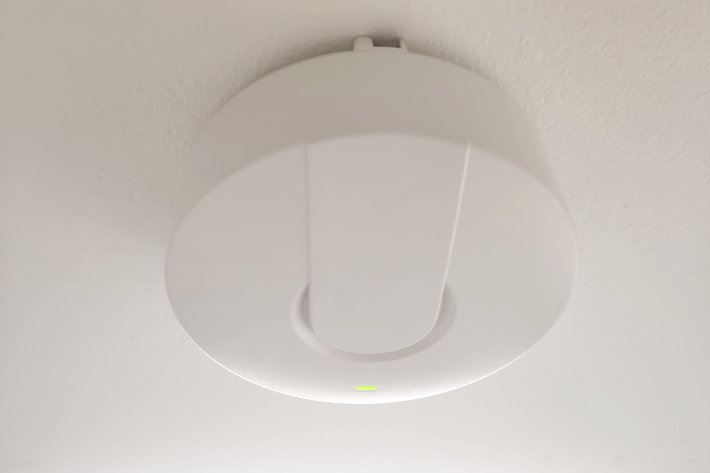