Olympus is a Japanese company specializing in optics and imaging. It was established in 1919 and its headquarters is in the capital city of Tokyo. The company is named after Mount Olympus, the home of the gods known from Greek mythology. Olympus has a reputation as an innovative camera and lens manufacturer and designer. Its branches are located all over the world. The Czech branch is situated in the Prague borough of Vokovice.


The control itself is provided by WAGO PLCs. Communication between Reliance and the PLCs is provided by WAGO OPC Server via Ethernet. Data and alarms are sent not only to two control rooms fitted with Reliance Runtime Control licenses, but also to Reliance J Web clients, which allow you to view the process through a Web browser.


The Czech company ELMA-THERM was the main contractor for this project.


Example of a visualization window 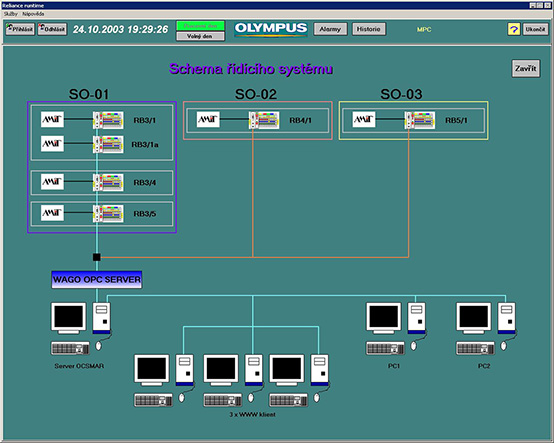 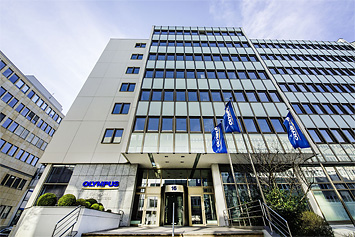