The AZD Praha company is a significant and all-Czech producer and supplier of signaling, telecommunication, information, and automation technologies. It is mainly focused on the rail and road transport field including telematics and other technologies.


During July and August 2011, a control and visualization system was implemented at a newly built electron microscope assembly plant in Brno. The system is designed to control and monitor the plant's gas boiler room and HVAC systems. The investor of the project was MORAVOSTAV Brno (construction company). AZD Praha – Production Plant Brno rents the facility for assembly purposes.


After the agreement with the project's contractor Technoglobal.CZ, the Tecomat Foxtrot control system (produced by Teco, a leading Czech manufacturer of PLCs) was proposed and chosen to fulfill demanding requirements mainly for the control of air-conditioning units (overpressure in clean and super-clean production areas). To control and visualize the HVAC system within the plant, the Reliance SCADA/HMI system was installed. The GEOVAP company was responsible for the supply of the Tecomat Foxtrot PLCs (including the application software), Reliance software, and visualization project.

The control system consists of two PLCs. One is used to control the operation of the gas boilers. It is installed in the gas boiler room's control cabinet. The other PLC is used to control the HVAC system. It is installed in a control cabinet located in the technical mezzanine. Both controllers communicate with each other via PLCNet.


To view and control the gas boiler room and the HVAC system using well-arranged visualization screens, the main control room is equipped with a control PC on which the Reliance 4 Control Server runtime software is installed. In addition, two licenses of Reliance 4 Web Client and Reliance 4 Mobile Client are used to allow for remote access to the visualization application. 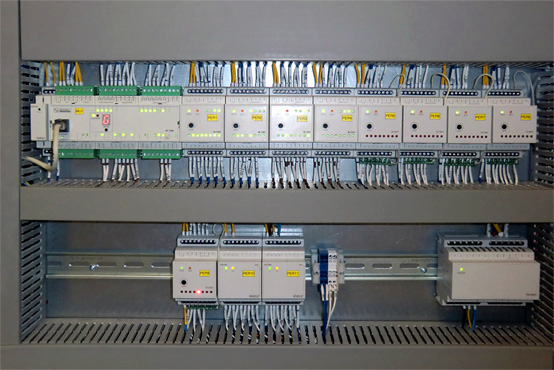 A detailed view of the technical mezzanine's control cabinet


Based on the data received from the control system, the following is controlled and monitored by the Reliance SCADA/HMI system: 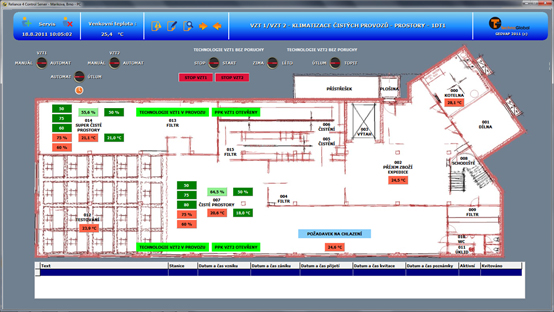 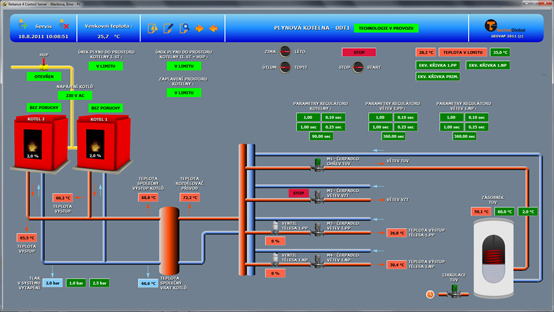 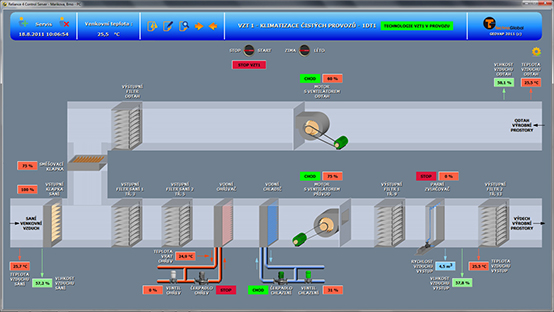 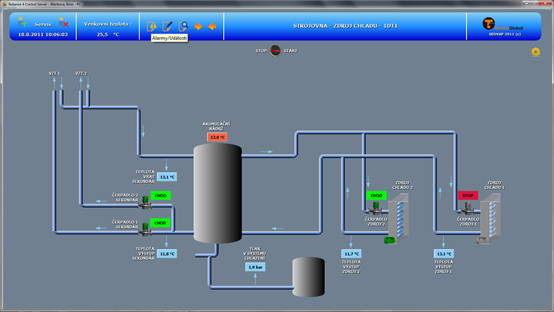 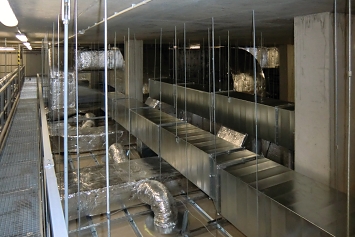