Since 2008, Frentech Aerospace has been using new production and administrative spaces. The company is engaged in the manufacture and supply of precision mechanics. One of the company's customers is Airbus, the world's leading aircraft manufacturer.


During the construction, the AMAP99 control system, developed by the Czech company AMiT, was installed for the purposes of air recuperation. The system is designed to provide air-conditioning and air-exchange control for the production hall, coat rooms, and the cafeteria. The implementation was carried out by the RTP company.


In 2011, a system designed to control heating for the administrative, distribution, and production hall spaces was implemented. After the agreement with the project's contractor ZELTES, the Teco company's Tecomat Foxtrot control system was chosen. To control and visualize the HVAC system within the plant, the Reliance SCADA/HMI system was installed.


The GEOVAP company was responsible for the supply of the Tecomat Foxtrot PLCs (including the application software), Reliance software, and visualization project.

The control system consists of two control cabinets. The DT1 station with an AMiT PLC is located in the production hall and controls the operation of the air-conditioning system. The DT2 station with a Tecomat PLC is located in the mechanical room and controls the operation of the heating system. The Reliance Control 4 Server application is installed on the control PC located in the server room. Reliance 4 Web Client is used to make the visualization project accessible on the Internet or intranet.

Based on the data acquired from the control system, the Reliance SCADA/HMI system is used for the monitoring and control of the following air-conditioning processes and functions:


The operator's point of view

In 2008, a 2200m² extension to our manufacturing and administrative facilities was completed. In connection with this extension, the existing electric heating system for all of the company's facilities and the electric water heating system were replaced with a new one for which heat pumps are used as the heat source. Heat is now distributed through panel radiators in the administrative facilities and some of the manufacturing facilities and via an air-conditioning system in the production hall. Individual devices are controlled by their autonomous control units, which made them inconvenient to manage and monitor. At the same time, it was impossible to optimize the heating system and, subsequently, evaluate its profitability due to a lack of information. In 2011, we therefore contacted representatives of ZELTES and GEOVAP to find and implement a system for the control and monitoring of the HVAC and water heating processes within the company premises. The implementation was carried out in the same year.


Today, this system allows us to easily operate all processes from one place, monitor individual sections including the acquisition, archiving, and evaluation of the measured data. The entire heating and air-conditioning system can then be optimized and set up. The overall effect is that the company's total HVAC costs have been reduced. 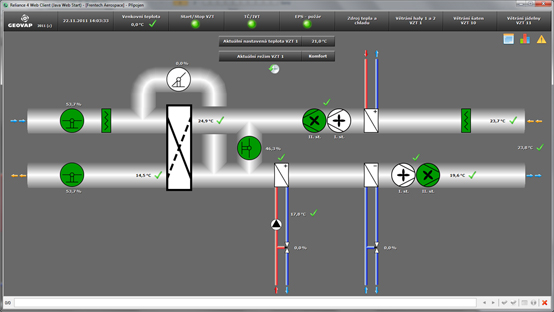 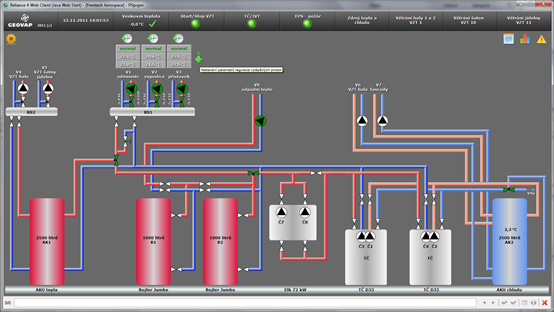 Visualization of the heating and cooling system 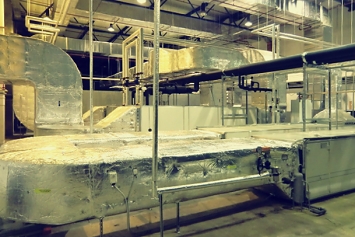