Visualization and control of HVAC and refrigeration systems at the Alau Ice Palace in Astana, Kazakhstan

The Alau Ice Palace in Kazakhstan's capital city Astana was built to mark the 2011 Asian Winter Games, which were held here between January 30 and February 6, 2011. In the future, the stadium is expected to be used for organizing international speed skating competitions as well as important cultural and other sporting events.

During the construction of the stadium, HVAC and rink refrigeration systems as well as a water treatment system for the Zamboni ice resurfacers were installed. To reliably control these systems, Hitachi PLCs together with a SCADA/HMI system and Exor Electronic R&D touch panels were used. The control and visualization systems were installed by the Dutch company Boukens Enkhuizen B.V.


Among the advantages of the visualization project is its multilingualism. There are several language versions to be selected on the main overview screen. The following languages can be chosen by the operating personnel: Kazakh, English, and Dutch. The selected language setting will be applied each time the user logs on to the system. 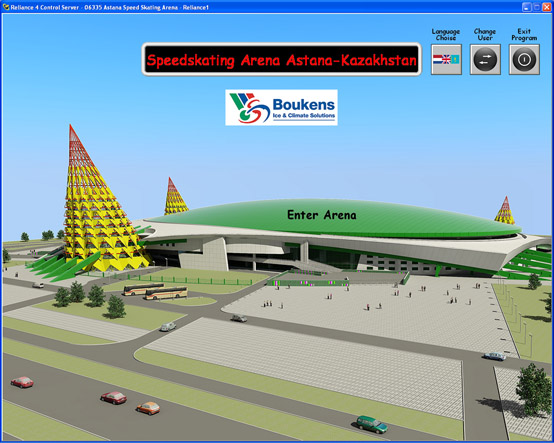 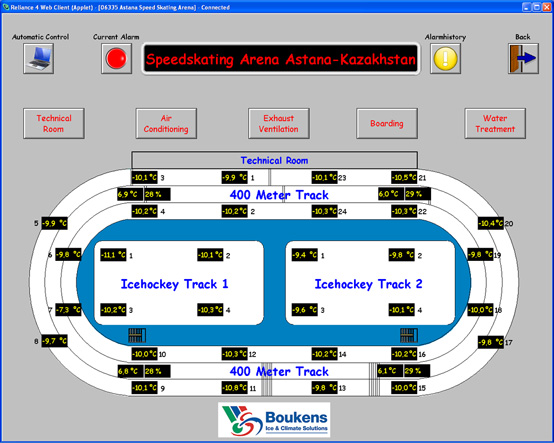 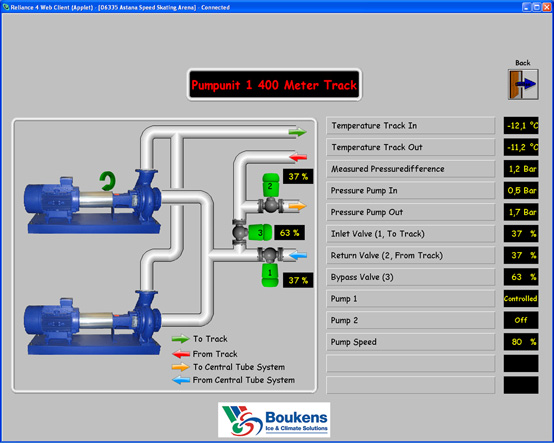 Visualization of the rink's refrigeration system 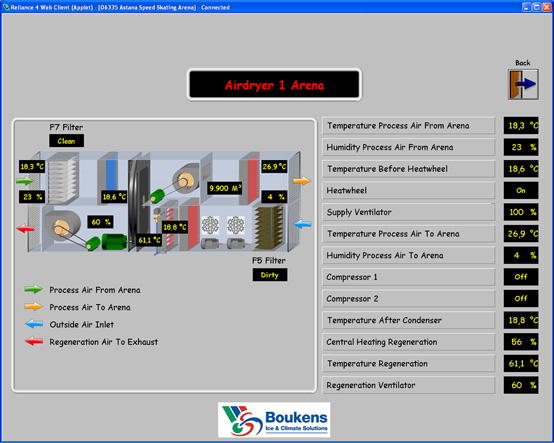 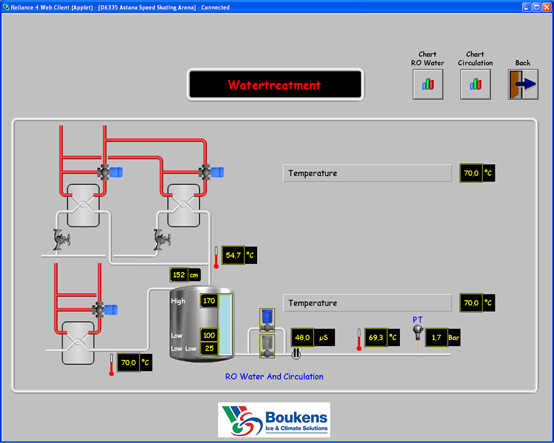 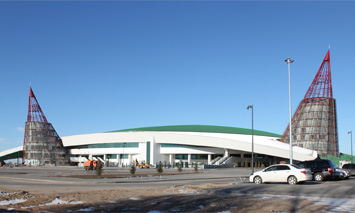 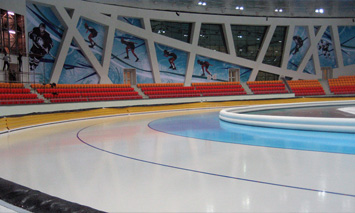 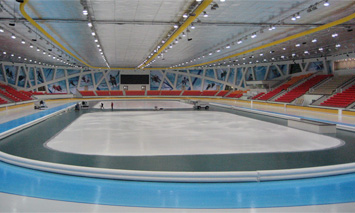 Title
Visualization and control of HVAC and refrigeration systems at the Alau Ice Palace in Astana, Kazakhstan