Navigation: Success stories > Heavy Industry > Visualization and control of the forming line used for the production of foundry goods at the GIFF company

Production dates back to 1618. After its founding, the company's main focus was the production of pig iron, which it improved and expanded upon. In 1913, the Frydlant corporation for the production of iron goods – FERRUM was founded. It had leased Frydlant Iron Works for 50 years, thus ending the archbishop's ownership of the plant. On September 1, 2001, the company was renamed GIFF.


Today, GIFF is a single production unit. It produces about 600 tons of castings per month. Mold production is provided by a modern DISAMATIC molding line and a newly installed HWS molding line. Molding is performed by using a synthetic bentonite mixture.

The automatic control system on the molding lines manages molding for sewage technology, engine cowlings, and other foundry products according to customer requirements.


Standard input/output signals are used for the control of the molding lines as well as the precise positioning control of screw cutters using fast counter inputs. The remote maintenance modem is useful in the event of a failure and enables rapid diagnosis and repair.


Manufacturing is conducted based on different recipes selected from the Reliance SCADA/HMI system's database. It is possible to preselect six of them to the control system memory with a specified number of produced pieces. 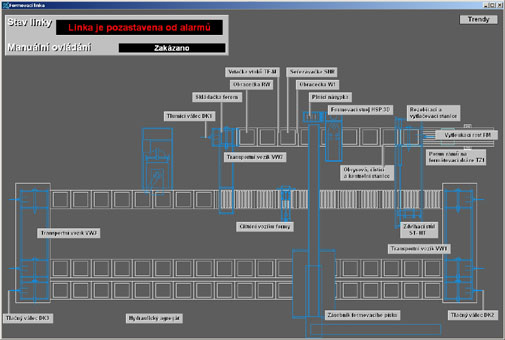 A schematic overview of the molding line 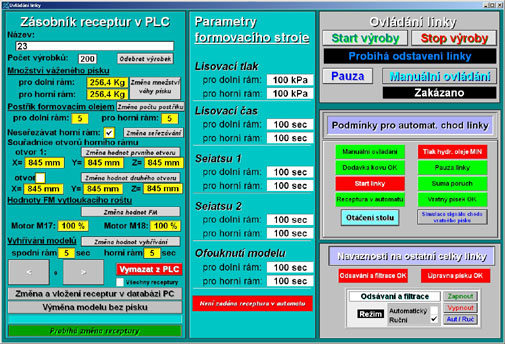 Control of the molding line 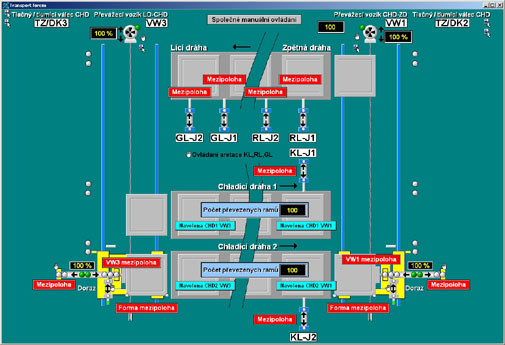 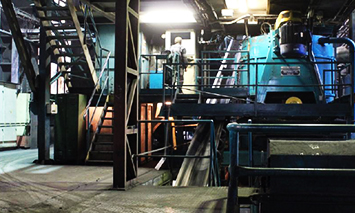