Navigation: Success Stories > Heating Industry > Visualization and control of the central heating system for the city of Martin, Slovakia

Visualization and control of the central heating system for the city of Martin, Slovakia

The Martinska teplarenska company was incorporated on January 1, 2002. From its beginning, it has been focusing on the production and distribution of heat and electric power in Martin, Slovakia. The company's heating station operates on the principle of the combined production of heat and electric power, which ensures efficient use of the source and a stable price of heat supplied to the system. Also, the company complies with the current environmental standards. Therefore, heat energy supplied to end customers is environmentally clean, i.e., it doesn't have a harmful effect on the environment where the energy is consumed.


An additional two Tecomat TC650 PLCs are connected to the control room via Ethernet. These PLCs are intended to acquire data from two sites within the grounds of the Martinske strojirny company, where TECOREG PLCs are installed to control heat nodes according to programmed heating curves. Fiber optic cables are used to connect southern parts of Martin, where the AMiT controllers located at the end consumer sites are monitored, to the heat control room. In addition, each of the nodes is designed to measure the consumption of heat and domestic hot water using ULTRAHEAT 2WR5 heat meters. The resulting values are read by the Reliance system directly at the heat control room. 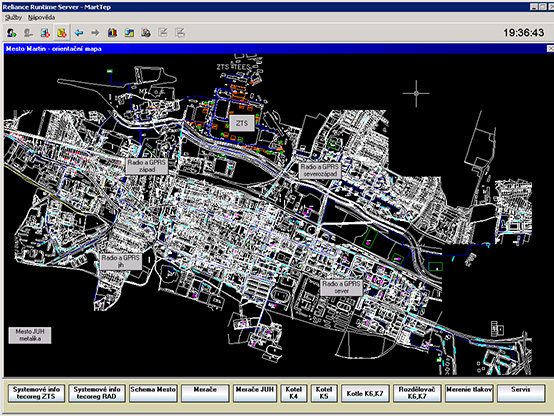 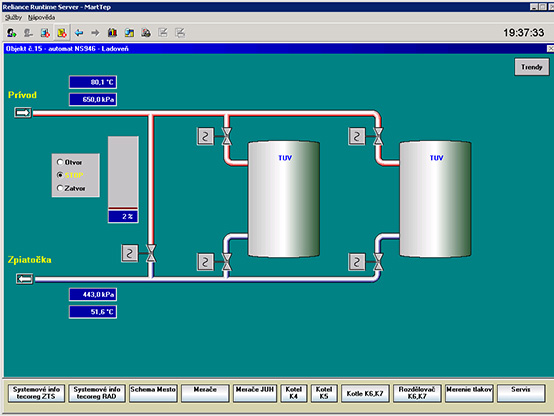 Visualization of the heating for the Ladoven neighborhood 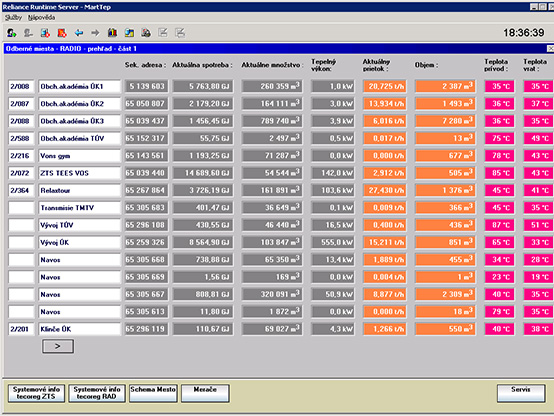 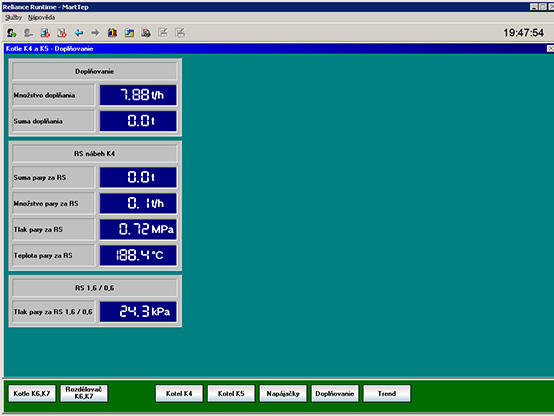 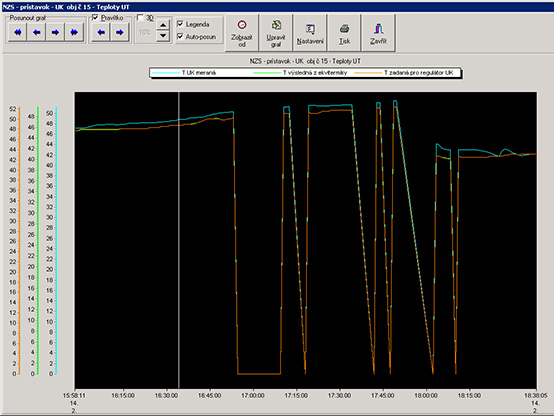 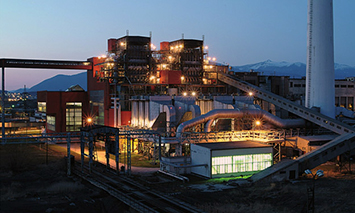 Title
Visualization and control of the central heating system for the city of Martin, Slovakia