Navigation: Success stories > Food-Processing Industry > Visualization and control of the cooling process at Wilhelminapolder in the Netherlands

Wilhelminapolder is one of the largest agricultural companies in the Netherlands. Situated north of the city of Goes, the company farms 1,300 hectares of arable land, 36 hectares of woodland, and 56 acres of pasture. Also, the company is engaged in the breeding of mussels on 162 hectares of the Oosterschelde National Park in the province of Zeeland.

In 2004, three independent cooling units were installed at Wilhelminapolder. The units are used to cool potatoes stored in a warehouse.


In addition, a Web client is used to display the visualization application on remote computers, so the cooling process and electric energy consumption can be easily monitored or controlled, for example, from home via a notebook. 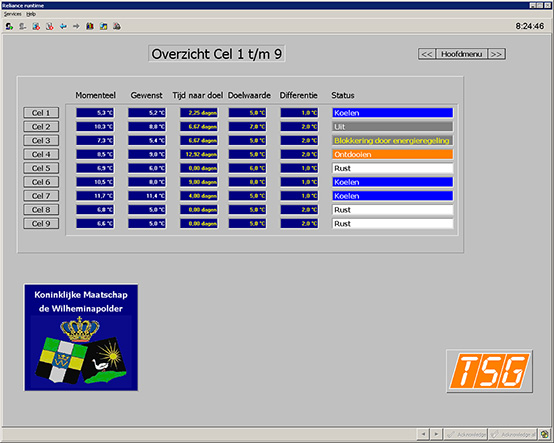 Visualization of a cooling room 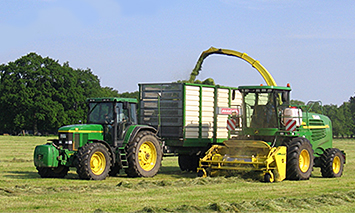