Malteries Franco-Belges (MFB) is a division of the Soufflet Group, one of France's leading grain companies. MFB has many malting plants in Europe, one of them is located in the town of Pithiviers near Paris, France. With the production of 600,000 tons per year, it is the largest producer of brewing malt in France. Many breweries use Franco-Belges green malt as a high quality raw material for their beer production.


MFB oversees the entire production process, from seed selection to supplying malt to the breweries. For each variety of barley, the malting plant uses a unique malting process. This makes it possible to transfer the unique characteristics of each variety of barley to green malt. In addition, the company provides cultivation of malting barley cultivars. Cultivars are constantly being tested in more than twenty trial fields. The malting plant also provides its seed to local farmers.


The Franco-Belges malting plant in Pithiviers cooperates closely with other French malting plants in Champagne, Lorraine, Beauce-Gatinais, and Bourgogne. The companies share their best barley-growing areas in France and use them for the cultivation and growing of malting barley. Malteries Franco-Belges is the largest supplier of green malt in the world. Its customers are well-known breweries like Heineken, Carlsberg, Interbrew, Paulaner, Lowenbrau, Murphy's, or Sapporo.

In 2007, a new system for the control and visualization of green malt roasting was implemented at the plant. The whole contract was carried out by the Czech company PROTECO. The control system consists of a Tecomat TC700 PLC, which is located in a control cabinet, and a TOUCH51 operator panel with a touch screen. Communication between the Tecomat PLC and the operator panel is provided over Ethernet. 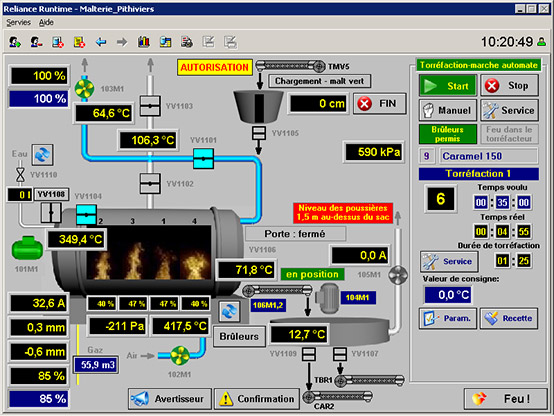 Visualization of the roasting of green malt 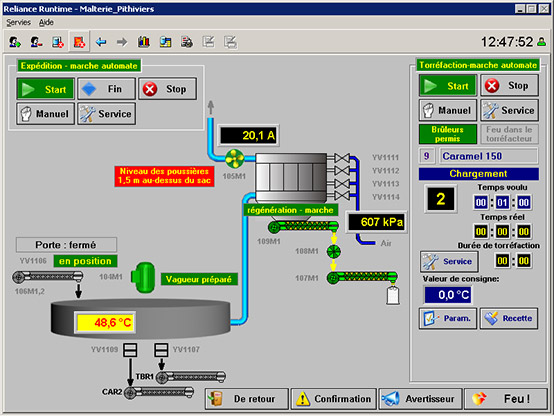 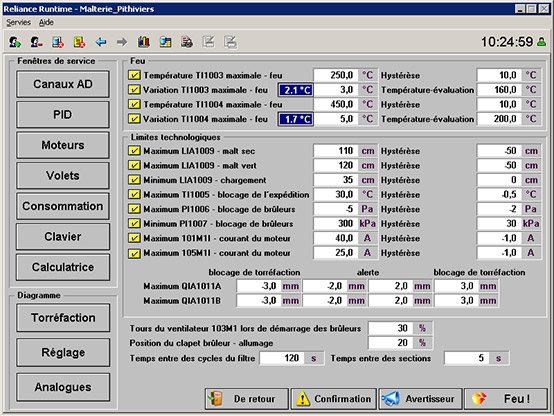 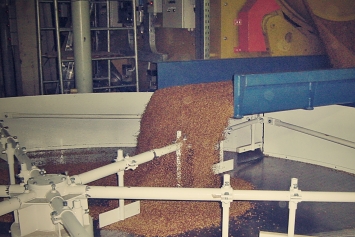