Navigation: Success stories > Food-Processing Industry > Visualization and control of mill processes in the city of Pardubice

Visualization and control of mill processes in the city of Pardubice

Note: In 2012, the operation of the visualization and control system came to a stop due to the termination of production.


Pardubice Automatic Mills belong to the UNIMILLS company, which has been successfully conducting business in the flour-milling industry since 1993. The large mill is equipped with high end flour-milling devices, which guarantee high quality flour-milling. The mill ranks among the ten largest and most powerful mills in Czechia.


Other important equipment of the mill is: silo and pre-cleaning machine, screening room, flour mixing machine, testing laboratory, and the company's transport and maintenance system.


All production lines are controlled by a Tecomat NS950 PLC. The PLC is connected to a computer equipped with the Reliance 3 SCADA/HMI system. 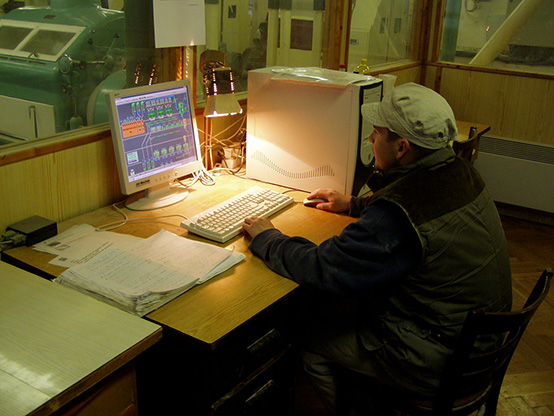 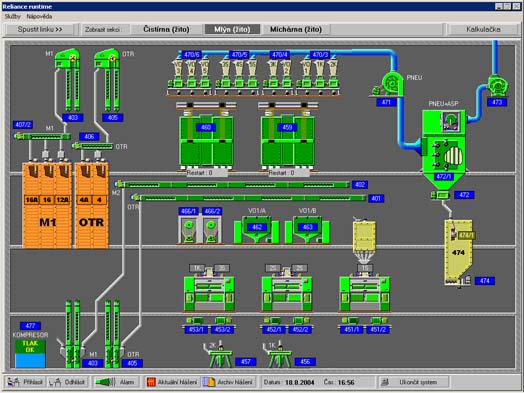 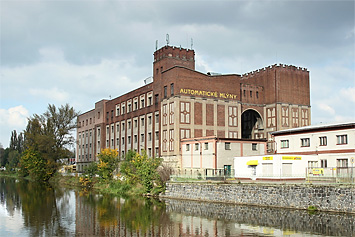