Visualization and control of the galvanizing process
at CVP Galvanika

CVP Galvanika Pribram was founded in 1992 by Augustin Cenkner, Ivan Vancura, and Jan Pajtai. Production started the following year with seventeen employees. The company has always made its production technology a high priority. Thanks to this, it is able to achieve the highest quality required by the customers. The company has become a strong supplier for the automotive industry since its beginning. Currently, the company provides metal surface finishing for more than 350 different customers, e.g., General Motors and Ford in the USA, Volkswagen in Germany, or Skoda in Czechia. 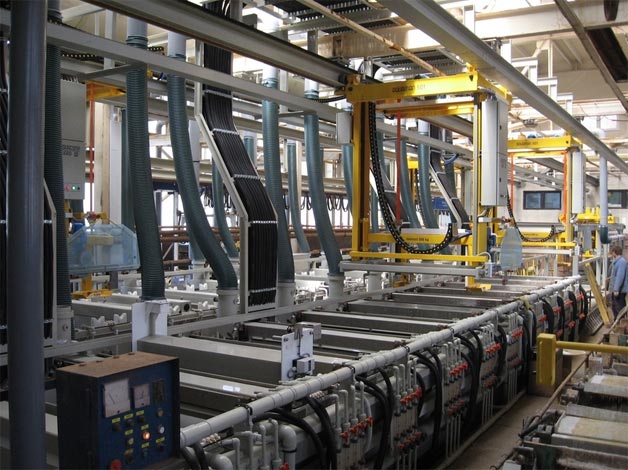 A picture of a galvanizing line


The existing system was replaced by the Reliance SCADA/HMI system during the reconstruction. The whole SCADA-based control system consists of a Tecomat NS950 PLC, a control computer with the Reliance Runtime Control software located in the control room, and an operator panel with a large touch screen located by the galvanizing lines. All these parts of the control system are connected via Ethernet. Authorized personnel can control the whole galvanizing process over several well-arranged visualization windows created with Reliance. Galvanizing can be controlled not only from the control room but even from the operator panel. Important data (e.g., galvanized products per hour, changes to the production process, alarms/events) is saved to a Reliance database during the galvanizing process. Obtained data is used for further processing. Reliance also provides the printing of reports and protocols, failure diagnostics, and log changes during the galvanizing process.


As a result of the reconstruction, the production capacity has been significantly increased and the galvanizing process' technology is more advanced.

Visualization of a galvanizing line 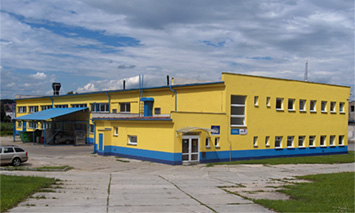 Title
Visualization and control of the galvanizing process at CVP Galvanika